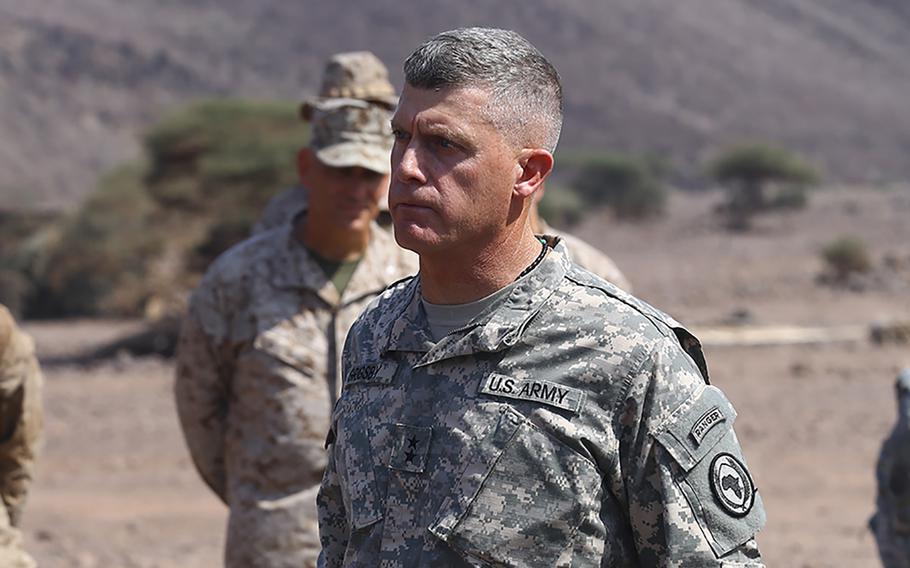 SAN ANTONIO — Maj. Gen. Wayne Grigsby, who was suspended last week as commander of the Army’s 1st Infantry Division, has now been relieved of command due to a “lack of confidence,” the Pentagon announced Monday.

Grigsby, whose replacement will be named in the coming days, is the subject of an investigation, said Col. Patrick R. Seiber, an Army spokesman.

Brig. Gen. Pat Frank, one of the deputy commanders of the division at Fort Riley in Kansas, is the interim commander until a replacement is appointed, said Lt. Col. Kimeisha McCullum, a division spokeswoman.

Seiber declined to offer more details about the suspension of Grigsby, including the superior who had him removed, and which investigative body will conduct a probe of the yet unannounced violation or violations.

The sudden removal of the division’s commander comes at an inconvenient time for the soldiers of “The Big Red One.” A brigade and elements of division headquarters will deploy this fall, said an Army official who spoke on the condition of anonymity and declined to give details because the Pentagon has not made a formal announcement.

The division’s 1st Combat Aviation Brigade deployed to Afghanistan during the summer, according to an Army statement.

Grigsby made headlines in June following the invitation to a post prayer breakfast for retired Lt. Gen William Boykin, a former commander widely criticized for his conservative Christian and anti-Muslim statements.

The Military Religious Freedom Foundation, a civil rights advocacy group that focuses on the separation of church and state in the military, along with others, called on Grigsby to rescind Boykin’s invitation, and the event was later canceled.