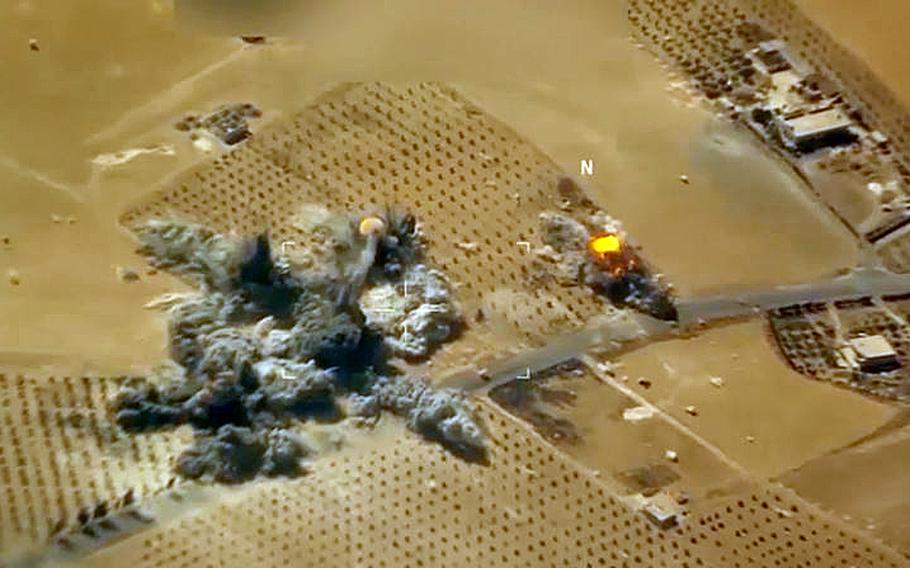 WASHINGTON — U.S.-backed Syrian fighters who have cleared parts of the strategic northern city of Manbij have found a vast collection of intelligence on the Islamic State group, the Pentagon said Wednesday.

The coalition-backed Syrian fighters have retaken about half of Manbij from the Islamic State group, Garver told reporters at the Pentagon.

The files are providing a clearer understanding of how the Islamic State group used Manbij to process incoming foreign fighters for Iraq and Syria and how it also hosted external attack operations there to “send trained terrorists out into the world,” Garver said.

“[The U.S.-backed Syrian fighters have] gotten more than four terabytes of digital information off the battlefield …laptops, that sort of thing,” he said. “…We figured out that they ran several foreign fighter reception staging areas inside Manbij, that as a foreign fighter would enter, they would screen them, figure out what languages they speak, assign them a job and then send them down into wherever they were going to go, be it into Syria or Iraq, somewhere.”

Garver said there are no “specific lines of connection” so far that Syrian-trained Islamic State fighters who were processed at Manbij took part in recent terrorists attacks in Europe.

However, he said the United States was still going through the information.

“It’s a lot of material. It’s going to take a lot to go through, then start connecting the dots and trying to figure out where we can start dismantling ISIS all over from the information that we’re finding up there,” Garver said.