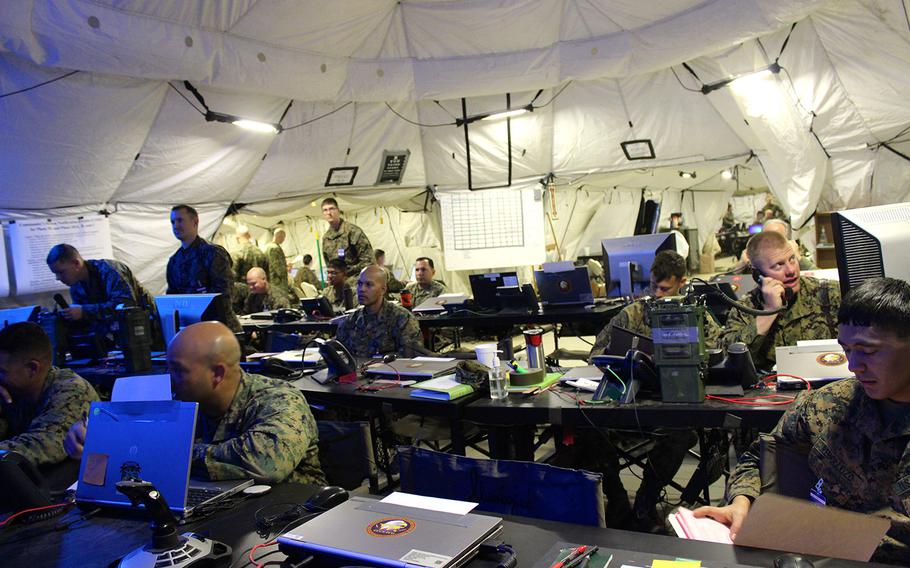 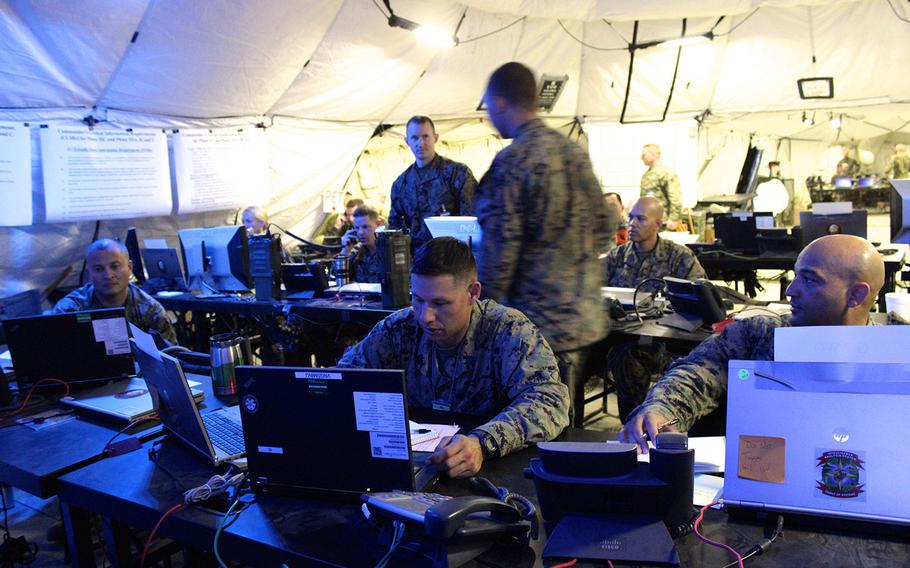 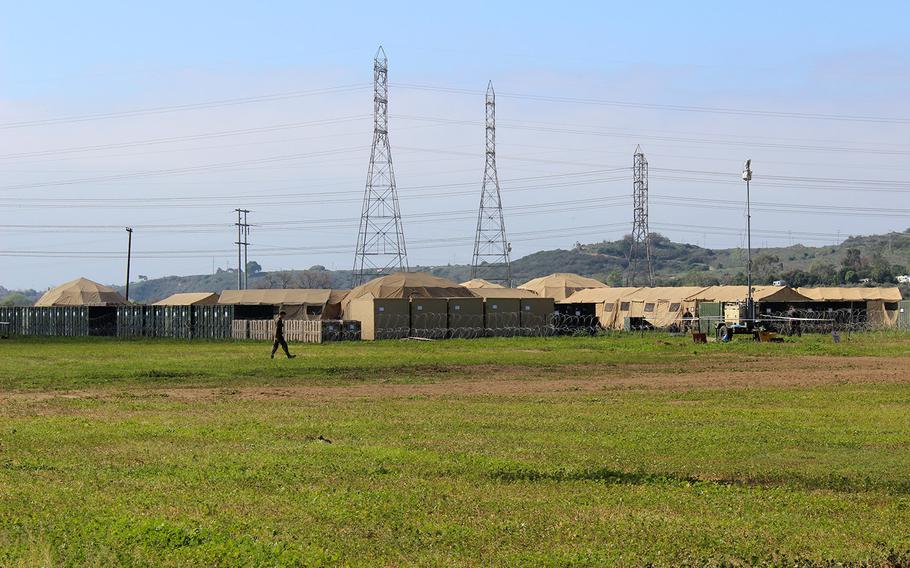 CAMP PENDLETON, Calif. — At the northwestern tip of this massive base, hundreds of Marines spent the last 10 days preparing for full-scale war. It’s the first time in more than a decade they are training for this type of combat, all aligned with new guidance from the commandant.

Gen. Joseph Dunford expects all Marine units to be “physically and mentally ready” to deploy anywhere, at any time, he said in planning guidance released last month. But instead of having every platoon, company and battalion involved in constant training for everything, he has outlined broad responsibilities for each of the three Marine Expeditionary Forces. Commanders and Marines can now focus on core competencies related to specific operations they might be involved in. This rebalance will help address shortfalls in personnel, equipment and training in nondeployed units, he said.

It’s also the first exercise of its size in more than a decade. More than 1,800 Marines and sailors were involved in the training, which simulated the deployment of more than 50,000 U.S. troops. The countries in the exercise are fictional, and no one mentioned a specific threat, even though talk of “anti-access area denial” conjures images of Russia and China.

Inside the sprawling combat operations center — a maze of tents serving as the nerve center for the enormous operation — members of I Marine Expeditionary Force monitored communication lines, pored over intelligence and studied computer screens, planning an enormous battle designed to push invading troops back into their own country and restore international borders.

“We have to make sure [the training scenario] is big enough,” he said, so that everyone and every process is tested.

The last time an entire MEF deployed was the march to Baghdad in 2003. Since then, the Marine Corps has deployed smaller forces to Iraq and Afghanistan and other spots around the world. Now, Luccio said, Marines must return to what they call their “core competencies,” instead of focusing solely on counterinsurgency.

Under the new guidance, the California I MEF, which encompasses virtually all of the troops stationed at Camp Pendleton and Twentynine Palms as well as the Marine Corps air stations in Miramar and Yuma, Ariz., is charged with maintaining proficiency in “major operations and campaigns.”

The MEF-level exercise, dubbed MEFEX, means I MEF “is well on [its] way to meeting the commandant’s intent,” said Brig. Gen. Joaquin Malavet, deputy commander of I MEF.

A Marine Corps training group of about 60 service members and contractors drove the exercise, acting as the enemy and as the higher headquarters – a sort of “boss” command that pushed information down to the MEF and approved battle plans created by the MEF.

On Wednesday, the I MEF staff began a simulated air and ground attack on the occupying force, which involved not just enveloping the enemy and calling in air strikes, but also keeping the simulated troops supplied and warding off cyberattacks and attacks on the base at Camp Pendleton.

The exercise built on training last year that focused on getting Marines from sea to shore, touching on another piece of Dunford’s guidance: naval integration.

Malavet said it just makes sense, because in a real-world situation, the Navy and Marine Corps work together to cover all domains — space, cyber, sea, undersea and ground.

“You have to put in place a series of training exercises that methodically gets at the kind of capabilities and refines and strengthens those capabilities for interoperability that we would need across those domains,” he said. “And the way that you bring that together is with exercises like this MEFEX.”

Athletes know there is a difference between studying game tape and getting out on the field, he said.

“This is about mental memory, muscle memory, unit cohesion,” Malavet said. “The key is to always be prepared, across the full range of military operations.”.

The training wasn’t just for Marines inside the command center. Col. James Herrera’s units were tasked with building, sustaining and protecting the expeditionary base.

It’s a lot of work, but he said it’s critical for building relationships, improving communication and learning to get things up and running quickly.

“It’s very hard to do that on PowerPoint,” he said.