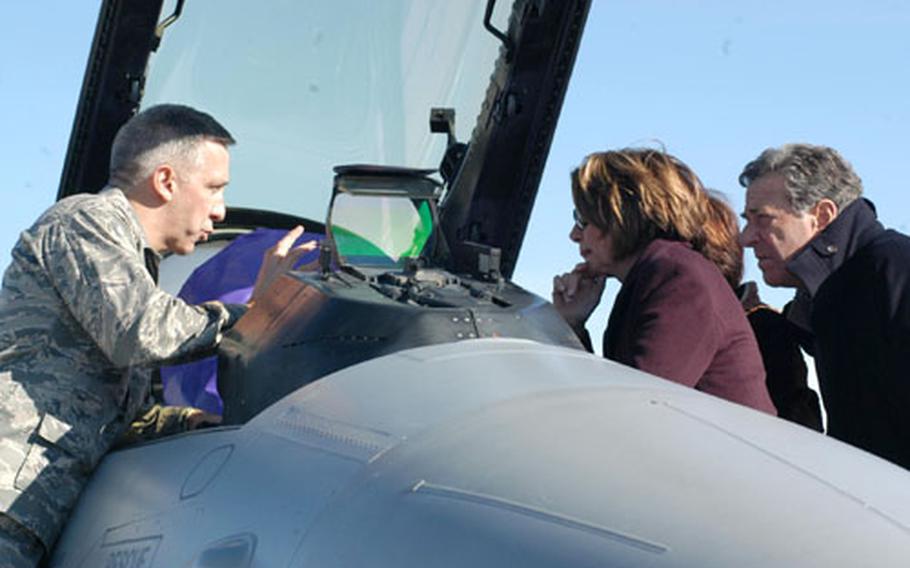 Col. Thomas Gould, commander of the 31st Operations Group at Aviano Air Base, Italy, explains some of the functions of an F-16 cockpit to Speaker of the House Nancy Pelosi, her husband, Paul, and Congresswoman Anna Eshoo (hidden), during a congressional delegation’s brief stop Saturday at Aviano. (Kent Harris / S&S)

Col. Thomas Gould, commander of the 31st Operations Group at Aviano Air Base, Italy, explains some of the functions of an F-16 cockpit to Speaker of the House Nancy Pelosi, her husband, Paul, and Congresswoman Anna Eshoo (hidden), during a congressional delegation’s brief stop Saturday at Aviano. (Kent Harris / S&S) 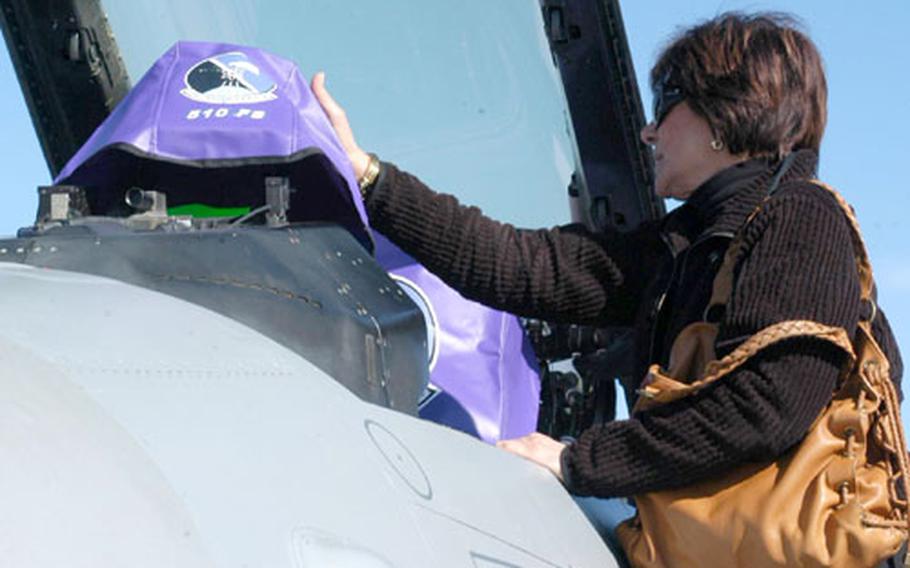 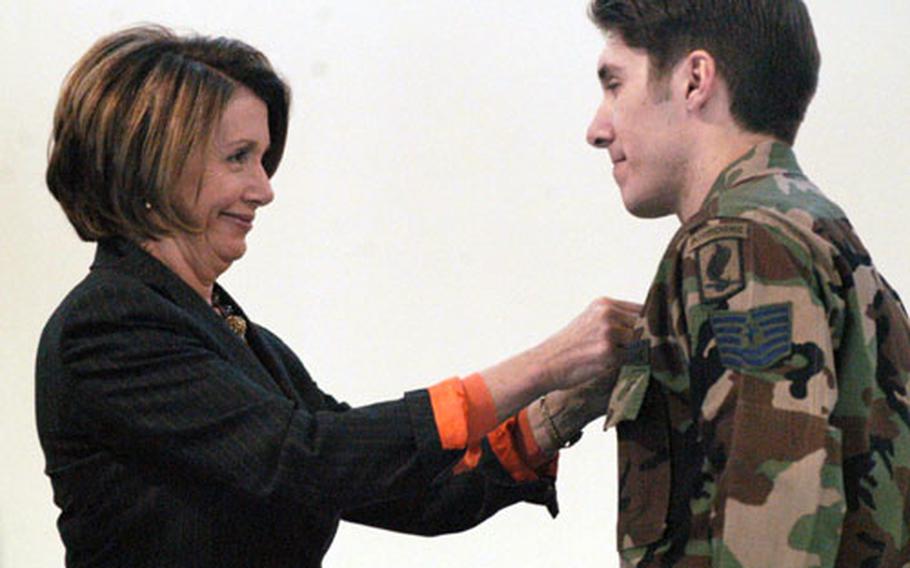 AVIANO AIR BASE, Italy &#8212; An eight-member congressional delegation began a weeklong trip to Italy on Saturday by stopping briefly at the home of the 31st Fighter Wing.

Speaker of the House Nancy Pelosi and seven other members of Congress &#8212; all Democrats &#8212; spent about three hours on base. They received a briefing from Brig. Gen. Craig Franklin, the wing commander, and talked for a few minutes with some of their constituents. Pelosi also pinned a Bronze Star Medal on Tech. Sgt. Phoebus Lazaridis in a ceremony at the base&#8217;s personnel alert holding area.

"My colleagues and I would like you to know how proud we are of you," Pelosi told assembled airmen during brief remarks at the end of the ceremony. She said President Barack Obama had phoned her right before the trip began and asked her to also pass along his greetings to the servicemembers the delegation met.

Pelosi, fellow Californians George Miller and Anna Eshoo, John Larson and Rosa DeLauro of Connecticut, Edward Markey and Michael Capuano of Massachusetts and William Pascrell Jr. of New Jersey are to spend about a week in Italy. They&#8217;ll meet with Italian leaders in Rome and are also expected to visit troops in Naples.

Pelosi told airmen she and other members of Congress appreciate the sacrifices they and their families are making for their country. She said Congress will provide funding to make sure troops have the right tools to do their jobs and to make sure wounded personnel receive the care they deserve when they return home.

"We promise you your service will not be forgotten," she said.

She noted that she had visited Aviano about a decade ago during operations in the Balkans and it didn&#8217;t seem as "hectic" this time around.

No F-16s took off or landed during the visit. One was parked off the runway nearby and the delegation got a chance to see it up close.

Pelosi said she was honored to pin a medal on Lazaridis&#8217; uniform for his efforts in Afghanistan and later termed it "the thrill of a lifetime."

The delegation is expected to pay tribute to American servicemembers killed in Italy during World War II in a ceremony in Florence on Sunday.