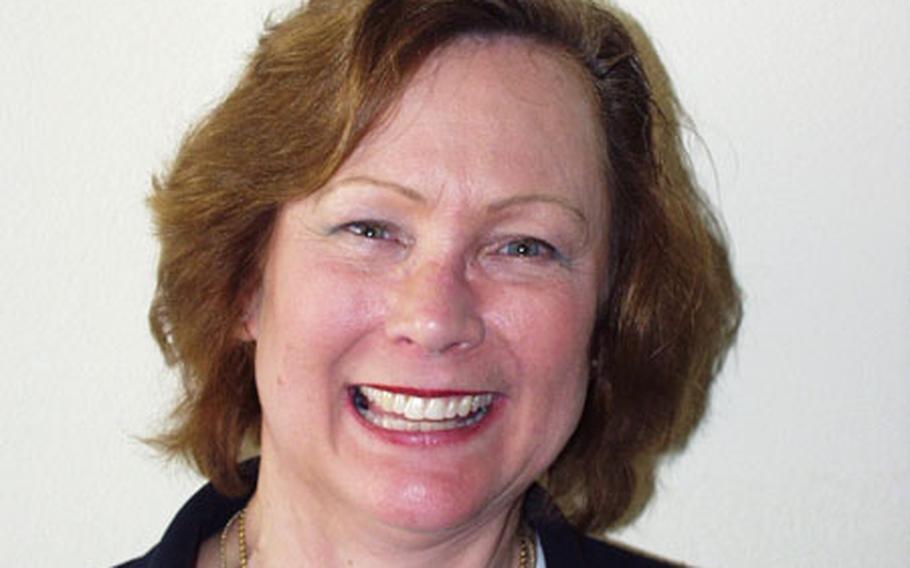 Neifert, a pediatrician who has authored the &#8220;Dr. Mom&#8221; series of books, has two of her five children currently serving in the Air Force in Europe.

Maj. Paige Bedard is a flight doctor at Aviano and Maj. Peter Neifert is stationed at Ramstein Air Base in Germany. Her husband briefly served in the Navy and her father retired from the service. Her brother is retired Air Force Maj. Gen. Andrew Egeland Jr.

So she knows a little about the military. She told an audience composed mainly of female airmen &#8212; plus more than a few male counterparts and civilians &#8212; that they could take a few things from the military and carry them over to their personal lives &#8212; namely mission statements. All military units have them. And people should have them, too. Something &#8220;that inspires you and keeps you motivated,&#8221; she said.

An occasional guest on television talk shows, Neifert derided images of women that often appear on the tube.

She said women in particular are susceptible to such images, because many times they are told by society they need to be &#8220;super women. Because we need the approval of other people,&#8221; she said.

Women are told to look nice, take care of the kids and house, volunteer in the community as well as bring money into the household.

She said women need to take a good look at themselves in the mirror, not to judge their physical appearances but in order to figure out who they are and who they want to be.

Many women are nurturers and supportive of others, she said. But they can&#8217;t really help others if they don&#8217;t take time for themselves. Doing so is not selfish, she said, but self-preservation.