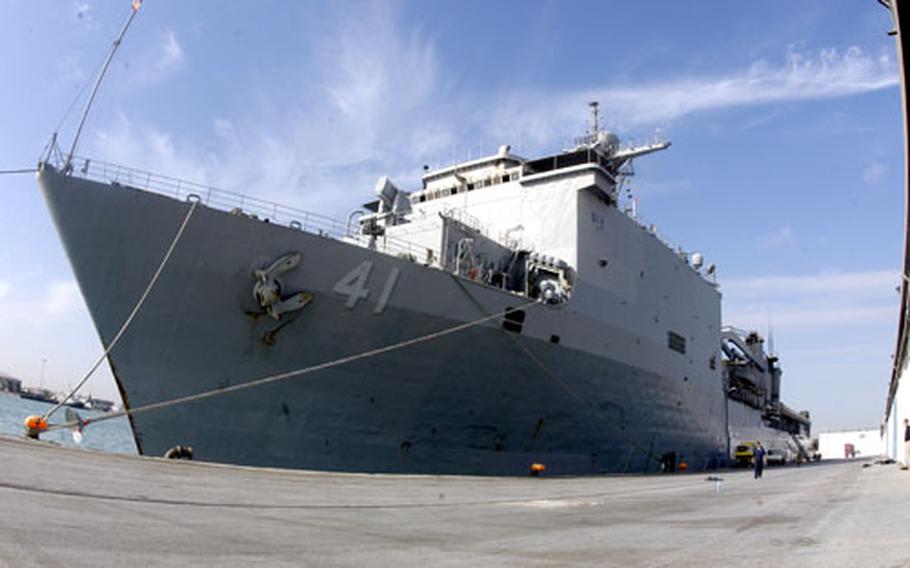 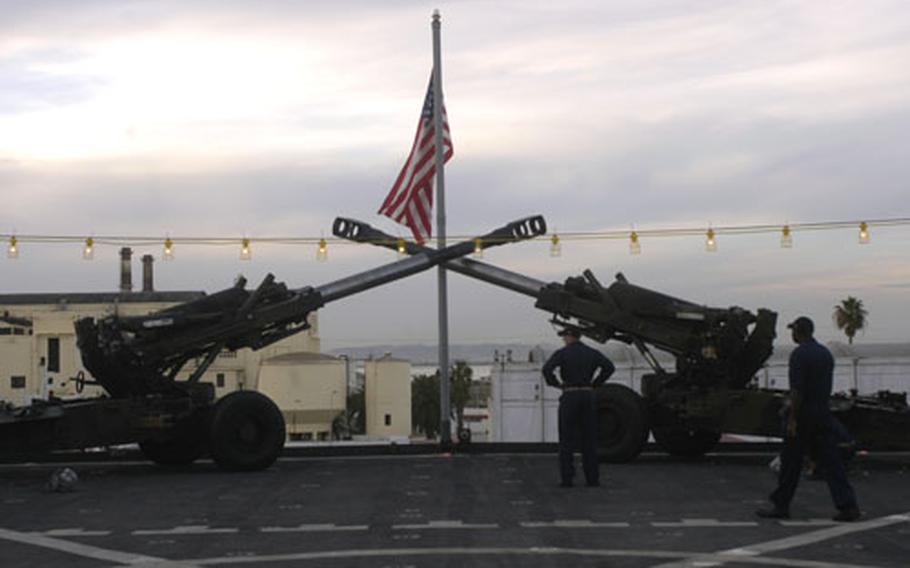 Howitzers with crossed cannons sit on the flight deck of the amphibious dock landing ship USS Whidbey Island as the crew prepared Friday to host dignitaries from Tunisia aboard the ship. (Sandra Jontz / S&S)

TUNIS, Tunisia &#8212; The highlight of more than 18 years of naval service boils down to one 24-hour period for Cmdr. Erik Ross.

That was when the captain of the USS Whidbey Island watched as Americans fleeing bomb-riddled Lebanon settled into the nooks and crannies of his big-deck amphibious dock landing ship.

And he watched as his crew gave up those nooks and crannies &#8212; their very racks and private spaces &#8212; to make life a little more comfortable for their fellow Americans, some 800 humans in the midst of losing it all, he said.

&#8220;This is a warship, but more and more we are doing peace missions,&#8221; Ross said Friday evening during an interview from the ship&#8217;s flight deck as it sat pierside in Tunis for a port visit.

The Whidbey Island, home ported in Virginia, is on its way home after more than a five-month deployment, which included participating in the evacuations of Americans from Lebanon this summer.

The ship&#8217;s medical crew braced for the worst as it prepared to take on the evacuees, recalled Petty Officer 1st Class Richard Jenne, the ship&#8217;s public health technician.

Those Americans were not the only people the crew helped during their deployment.

Even the stop in Tunis was noteworthy. It was the first time since 2001 that a big-deck ship had pulled into the Tunisian port.