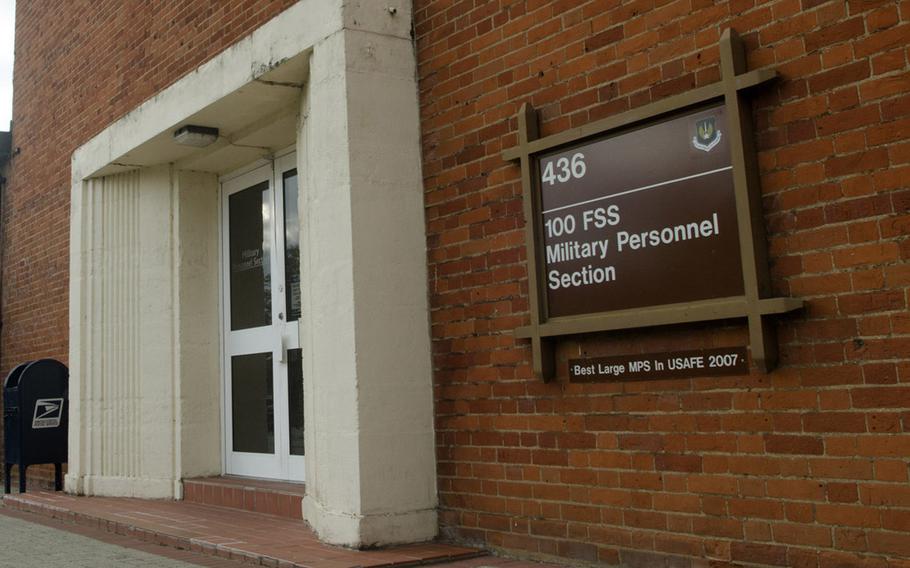 The budget impasse in Washington has left in limbo many servicemembers in the process of transferring to new duty stations and others waiting for travel reimbursements — waiting.

Since the partial government shutdown took effect Oct. 1, the Air Force, Army and Navy have halted typical permanent change of station orders, the ones that generally occur every few years for servicemembers, leaving some servicemembers concerned about making it to their next duty station on time.

The budget impasse in Washington means there currently is no funding for many permanent changes of station moves, meaning servicemembers cannot get or use official travel orders, which they need to out-process from their current duty stations.

The wife of an airman at Dyess Air Force Base, Texas, who asked not to be named, said earlier this month that her family is scheduled to fly out of their current base in mid-November, but they have not been able to get an official copy of her husband’s orders for his overseas assignment.

She said they tried to get orders on Oct. 1 and were told they would be delayed until the end of the month “if we are lucky.” Without orders, “the kids and I would have to stay behind until we can get our Visas ordered and in,” she wrote to Stars and Stripes.

To help accommodate the approximately 5,000 airmen who change duty stations monthly, the Air Force already has pushed back the report dates for some airmen, Michael T. Dickerson, chief of media relations at the Air Force Personnel Center, wrote in an e-mail.

“We’ll continue to closely monitor the situation and will take action and make notifications with the way ahead as soon as practicable,” Dickerson wrote.

The travel situation for some on temporary duty is also murky. Question-and-answer materials provided to Stars and Stripes by an Army spokesman indicates that soldiers with TDY orders en route may have their TDY canceled “on a case by case basis based on the operational needs of the Army.”

About 350,000 civilian workers with the Department of Defense were furloughed when the shutdown took effect, but many of them were reinstated a few days later. Those who continued to work were considered “excepted.”

The government shutdown has also hindered some servicemembers from being compensated for recent travel. Some sailors had reported problems receiving reimbursements for travel claims. However, Lt. Cmdr. Chris Servello, spokesman for the chief of Naval Personnel, said officials have heard those problems are starting to be resolved.

RAF Mildenhall, England, officials warned airmen the government shutdown could delay travel reimbursement by at least two weeks, but government travel cards in good standing before the shutdown would not be billed.

“If your Citibank GTC was in good standing prior to government shutdown, Citibank will automatically code your card as current,” Mildenhall officials said on the base website Oct. 15. “Therefore, you are not required to reimburse Citibank until your voucher is paid in full.”