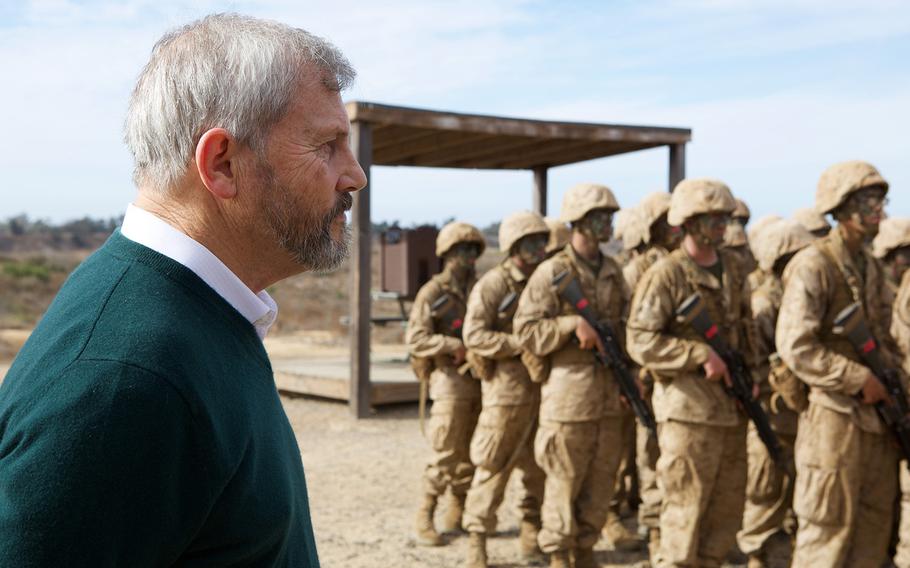 PBS will air “Going to War,” a new one-hour documentary about the experience of going to war and coming home, on Memorial Day, at 9 p.m. ET May 28. (Check local listings.)

The film features firsthand accounts from American veterans, who describe the transformative experiences of training and combat as well as the challenges of reintegrating into society.

Also featured are journalist Sebastian Junger, author of “The Perfect Storm” and director of the Academy Award-nominated documentary “Restrepo”; and Vietnam veteran Karl Marlantes, author of the best-selling Vietnam War novel “Matterhorn” and “What It Is Like to Go to War.”

“Going to War” had its premiere screening, sponsored by Stars and Stripes, on Thursday at the G.I. Film Festival in Washington. The film was produced by Michael Epstein (“LENNONYC,” “The Battle Over Citizen Kane”) and Twin Cities PBS in association with Paul G. Allen’s Vulcan Productions.

Watch a trailer at pbs.org/goingtowar.