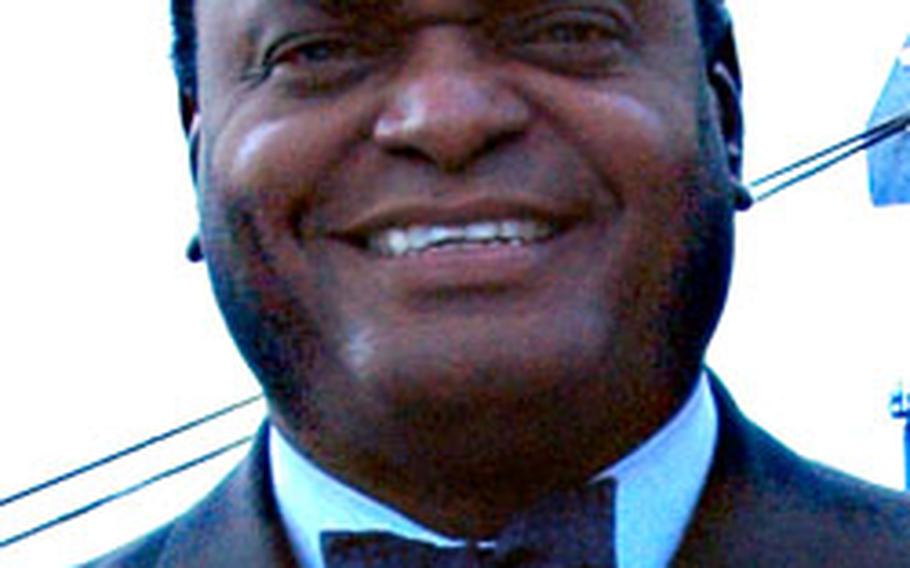 As part of his first international series of presentations, Boston is reaching out to servicemembers in Japan and on Okinawa to show them how to become financially independent.

&#8220;If you are in the military, and if you can do three things, you can reach financial success,&#8221; Boston said last week during a visit to Yokosuka Naval Base, Japan. &#8220;Reduce consumer debt. Increase savings. And max out your benefits.&#8221;

According to Boston, understanding how consumer debt works is the key to reducing it.

During Boston&#8217;s Yokosuka presentation, David DuBois, the manager and principle adviser of military career readiness for Commander, Navy Installations Command, told the audience that in some states &#8212; he cited California as an example &#8212; there are more predatory lending businesses than McDonald&#8217;s and Starbucks combined.

Boston suggested using the Thrift Savings Plan and, if at all possible, looking into opening an Individual Retirement Account.

He also stressed the importance of having a written plan, which he said will help people understand how and where their money is being used so they can reach their financial goals.

Boston&#8217;s third pillar to financial success in the military is to maximize the use of military benefits. In particular, Boston touched again on the importance of contributing to the Thrift Savings Plan and getting the most out of the medical and dental services; morale, welfare and recreation; and Fleet and Family Support Services.

Boston&#8217;s speaking engagements are part of the Military Saves program.

A lot, if you invest it, says financial expert Kelvin Boston.

Boston said a lot of junior servicemembers are super savers and have the most to benefit from programs like the Thrift Savings Plan.

Boston said too many financial planners are too focused on looking for that person who is going to give them $5,000 to $10,000 to invest in one deal, or who are at the end of a military career and are looking to score a rollover with a large sum.