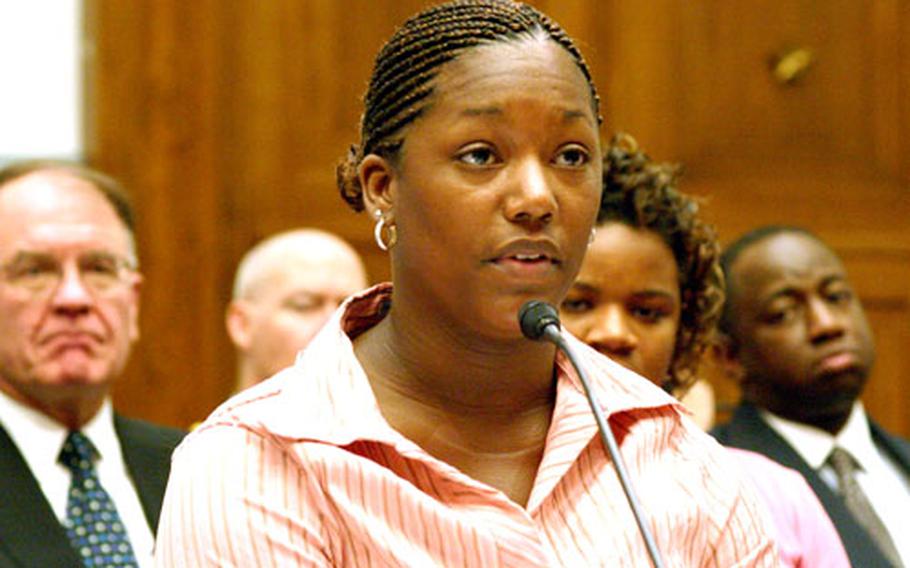 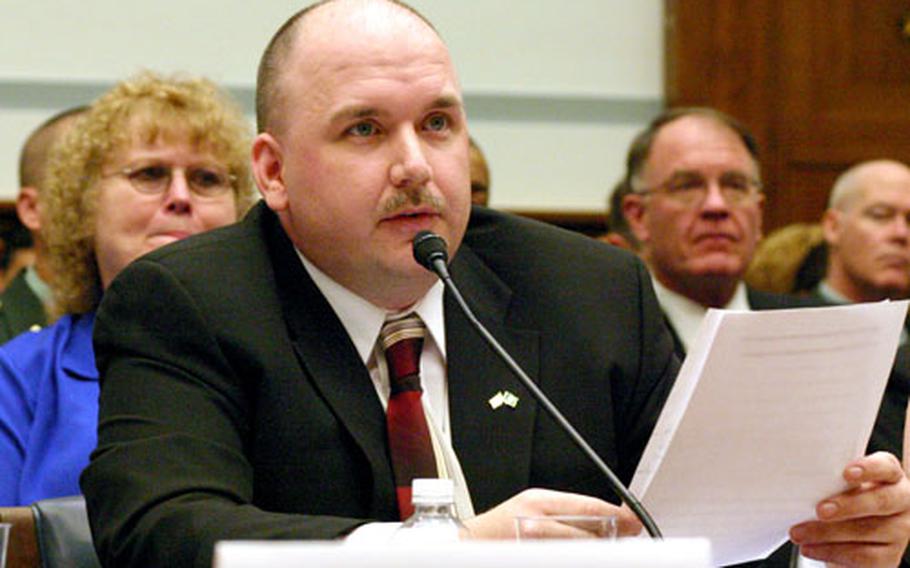 With his wife, Paulette, seated behind him, Spec. Frank Mangum, a former Alabama Army National Guardsman from the 279th Signal Battalion, reads his opening statement to the committee. (Joe Gromelski / S&S) 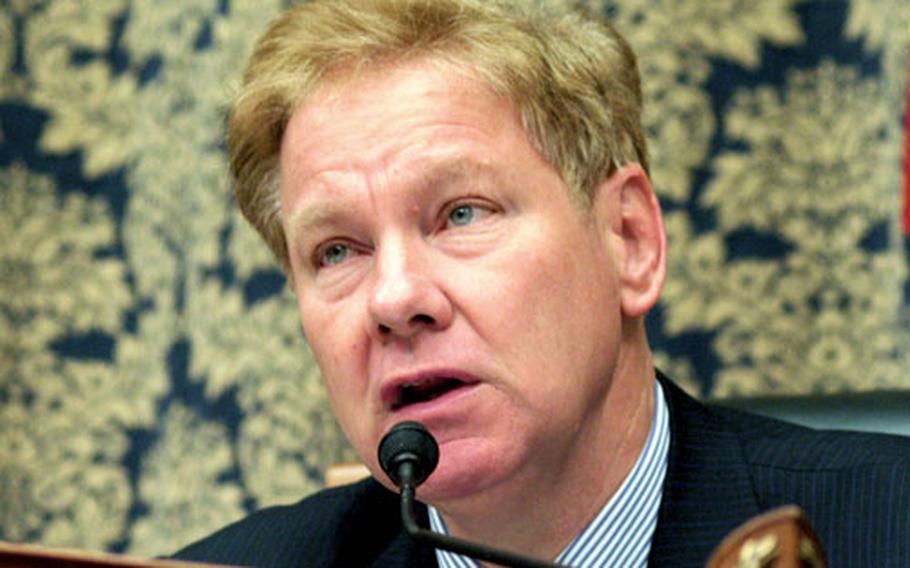 WASHINGTON &#8212; Brandy Taylor has been fighting debt collectors and credit agencies for three years because defense finance officials mistakenly listed her as AWOL after she was medically evacuated following an ambush in Iraq.

On Thursday, she told a congressional panel that the error &#8212; and the Army&#8217;s attempts to get her to pay back bonuses she rightfully earned &#8212; have had devastating effects since she was medically retired from the Mississippi Army Reserve. She&#8217;s had loans declined, her credit rating ruined, and even dropped out of college because she couldn&#8217;t afford tuition anymore.

&#8220;The Army awarded me a Purple Heart, the mayor gave me the key to my hometown and here was a terrible man from the collection agency hounding me and making me feel like a criminal,&#8221; she told members of the House Government Reform Committee.

Researchers from the Government Accountability Office found nearly 900 injured soldiers who medically separated from the Army but had a combined military debt of $1.2 million, nearly $840,000 of which was not justified. Another 400 soldiers killed in combat accumulated questionable debts totaling $300,000.

The studies noted in some cases that the mistakes stopped soldiers&#8217; paychecks for weeks or months, leaving them without money for household expenses.

Defense officials acknowledged that outdated computer systems have caused major payroll problems not just for the Army but for all military paychecks.

J. David Patterson, principal deputy undersecretary of defense (comptroller), said improvements have been made in recent months, but the lack of a single system integrating military financial records, medical information and travel details is still at the heart of the difficulties.

He said the department hopes to launch such a system by 2008. Officials from the GAO predicted that that will mean more pay problems for troops for the next several years.

One soldier could not pay utility bills for months and was forced to send his daughter to live with out-of-state relatives while he tried to settle the issues. In another, a brain-damaged soldier expecting to receive $3,000 in monthly disability pay instead received a bill from the Army for $6,400.

Frank Mangum Jr., a former Alabama Army Guardsman who received a noncombat injury while serving in Iraq, told the panel he spent months in 2004 trying correct overpayments of combat zone pay he received after leaving the theater.

When officials finally corrected the mistake, they took more than $300 from one paycheck, leaving him without money to travel home for Thanksgiving. Even after he repaid the extra money, officials still listed him as receiving excess pay and owing the service.

Army officials said they have made improvements in light of the most recent problems. Soldiers debts are no longer referred to commercial debt collection agencies, and officials have implemented a more thorough review of personnel records before any repayment is required.

But members of Congress blasted the officials for the continued mistakes, noting the hearing was the fifth on the topic of paycheck errors in the last three years. Committee chairman Tom Davis, R-Va., criticized the department for its &#8220;sluggish, misfiring pay system&#8221; and lack of a long-term solution.