Paying the price for a ‘moment of absent-mindedness’ 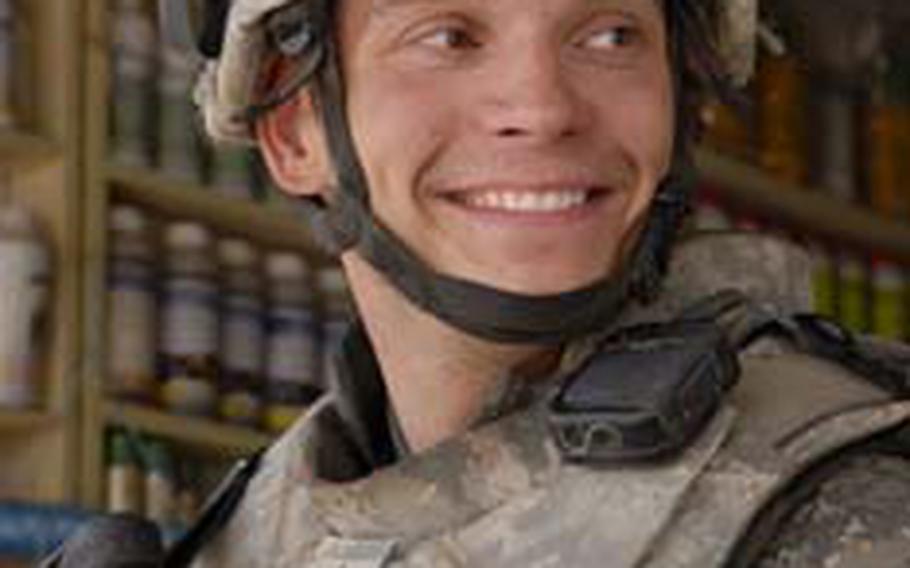 Breeden, 24, was convicted in February of felony animal cruelty and sentenced to time served &mdash; two months in the county jail, which he said he found &ldquo;boring&rdquo; &mdash; and five years probation. According to prosecutors, he hanged his two dogs in a garage and beat them to death with a metal rod, most likely to punish a girlfriend who had left the state with his truck and their baby. The evidence against Breeden, in addition to the bodies of the red coonhounds, included a video he had taken of the corpses and then sent to the girlfriend.

Breeden tells the story a little differently. At Fort Drum, where he was hoping to persuade a military board not to dishonorably discharge him, he said in a phone interview that he hanged the dogs because they had bitten the baby in the past and had snarled at him.

He had tried repeatedly to get rid of the dogs, he said, driving miles from home and dropping them off in the woods, but they found their way back. He said he had tried to have them euthanized at the animal shelter, but was refused.

&ldquo;Know that I love animals,&rdquo; Breeden said. &ldquo;I don&rsquo;t even like stepping on a bug. I called (my girlfriend) and said, &lsquo;What do you want to do with the dogs?&rsquo; And when she didn&rsquo;t answer back, I hung the dogs. I turned my back to them and closed my eyes and put my fingers in my ears.&rdquo;

Breeden said he would have shot the dogs if his shotgun hadn&rsquo;t been stolen. Instead, he beat them to break their necks.

&ldquo;You know how if you choke something and it isn&rsquo;t all the way dead?&rdquo; he said. &ldquo;I hit them in the neck to make sure they were dead.&rdquo;

The girlfriend called police after receiving the video.

&ldquo;And to be vindictive, she called up Jefferson County and said there was a threatening message,&rdquo; Breeden said.

&ldquo;In retrospect, if I could go back and do it again &hellip; I don&rsquo;t know, maybe if I&rsquo;d drove four hours away and dropped them off at a state park &hellip; I do regret what I did. It was pretty cruel. I had a moment of absent-mindedness. And because I did it, it ruined my life.

&ldquo;I&rsquo;ll no doubt get kicked out of the Army,&rdquo; Breeden said last spring. &ldquo;I&rsquo;m a felon, and I&rsquo;ve always looked at them as the scum of the Earth.&rdquo;

In the end, Breeden was indeed discharged.

Now his plans are uncertain. He recently divorced, then remarried, his wife, Heather. The reunited couple and her two daughters, ages 2 and 3, will probably head back to Maryland, he said, and maybe he&rsquo;ll get a construction job.

Breeden said he grew up in the same Baltimore neighborhood whose poverty, crime and violence was the subject of the HBO series &ldquo;The Wire,&rdquo; and that his stepfather was so abusive that he was placed in foster care when he was 6 years old.

But his childhood, Breeden said, &ldquo;hasn&rsquo;t influenced me at all.&rdquo;

His two tours in Iraq, on the other hand, have left him with emotional scars, he said. On his first tour, he said, he was in multiple firefights and rocket attacks, and &ldquo;I pretty much had a grenade thrown at my face.&rdquo;

He said he participated in an air assault into an insurgent stronghold and took and returned fire for hours.

&ldquo;I seen my buddy&rsquo;s truck blown up. It was a catastrophic IED &mdash; everyone in the truck was killed.&rdquo;

Seeing the bodies was searing, he said, and unforgettable.

&ldquo;I kept putting off the whole mental health thing because I didn&rsquo;t want to be seen as someone who was trying to get out of deployment,&rdquo; Breeden said.

&ldquo;He is a good soldier, a good NCO,&rdquo; Lee said. Breeden had come to the command&rsquo;s attention for a volatile personal life in the past, but that hadn&rsquo;t seemed serious to Lee.

&ldquo;He gets a little wild off duty. It seems like he likes drama,&rdquo; Lee said. &ldquo;We got a call when he went on leave that the father of some girl wanted to hurt him.&rdquo;

After Breeden&rsquo;s conviction, the Army presented him with a discharge packet. His only hope of staying rested with a brigade appellate board, and he had hoped to get fellow soldiers and former commanders of the Triple Deuce to speak well of his character and soldiering. Few would.

&ldquo;I&rsquo;d like to thank my unit for supporting me,&rdquo; he said sarcastically, &ldquo;and turning their backs on me when I needed them most.