Patrol Base Haswah has down-home feel 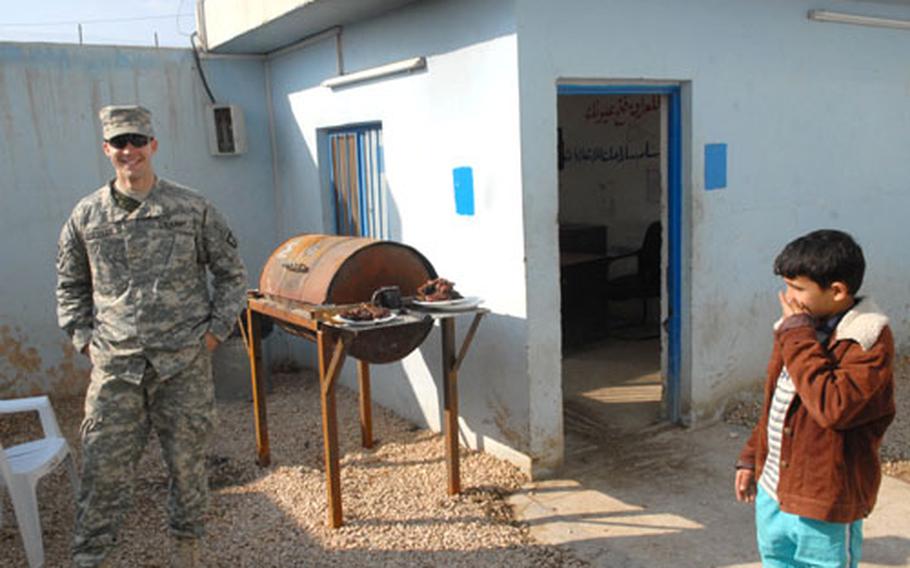 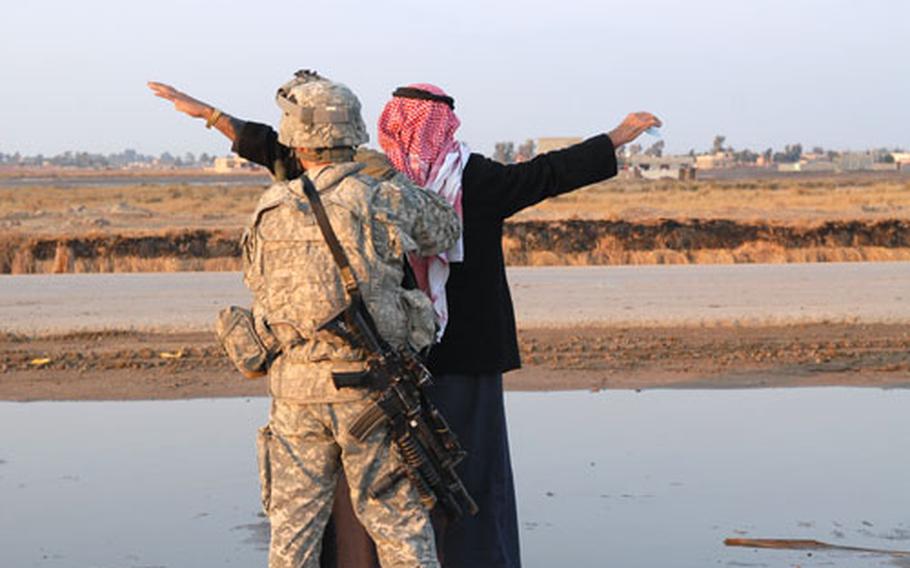 HASWAH, Iraq &#8212; They barbecue in the dirt yard every two or three days.

After three months at Patrol Base Haswah, an old police station about 30 miles south of Baghdad, life for this infantry company from Fort Campbell, Ky., has taken on something of a country rhythm, complete with a platoon of grinning Iraqi police officers in the role of mischievous neighbors and a choice of dip or cigarettes, steaks or burgers.

As if to demonstrate the present bounty, another soldier brought Dollar a bag of Jolly Ranchers, which Dollar handed over to an Iraqi police officer who had been begging for candy on behalf of his three kids.

Nearby, another soldier, nicknamed &#8220;Cookie,&#8221; turned the steaks, requisitioned from the nearest dining facility, a few miles up the road at Forward Operating Base Kalsu.

There&#8217;s serious business here, too. Though the unit has seen little violence since it arrived for a 15-month tour in October, its patrol base sits in the middle of a potentially volatile patchwork of Sunni and Shiite neighborhoods.

The Mahdi Army, the Shiite militia led by Muqtada al-Sadr, has so far abided a cease-fire handed down last year, but it remains a highly visible presence. Al-Qaida in Iraq, the Sunni extremist group that operates under no such cease-fire, has faded from view but is widely assumed to linger in the shadows.

Occasional raids target al-Qaida members and hard-core Mahdi leaders, but for now most patrols focus on community-building efforts. During one patrol late last week the company&#8217;s 4th Platoon visited the owner of a used-car lot.

A side of meat hung from a stall out front and sheep milled around in the mud, along with about two dozen men. The business owner, offering tea and cigarettes, complained about the lack of street lights and the early hour of the evening curfew. Another man said one of the sheiks working with U.S. forces &#8220;only hires his family members.&#8221;

The platoon&#8217;s leader, 1st Lt. Thomas Swanson, said he&#8217;d look into those issues. Meanwhile, some of his men scouted the ramshackle compound for advantageous fighting positions.

For now, at least, the dramas remain on a lower key. Two or three weeks ago, the company&#8217;s favorite stray dog, a black and white female alternately called Oreo or Spot, who faithfully follows the soldiers out on foot patrol, was along as usual when she got tangled up with a military bomb-sniffing dog and had to take a bullet.

The sergeant who shot her, Swanson added, swore regretfully before he pulled the trigger.