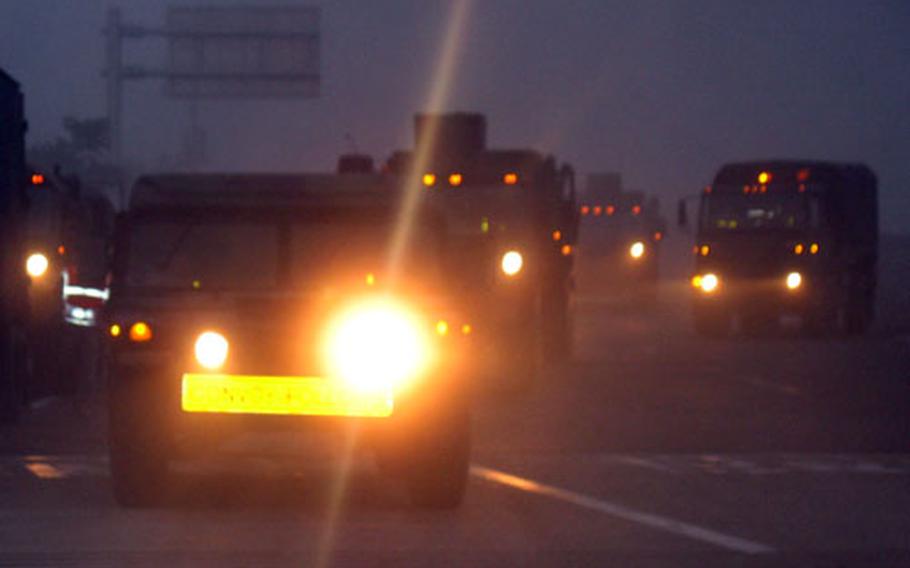 &#8220;The only unit remaining in Gwangju is my maintenance battery and they will complete their move this week,&#8221; said Lt. Col. Marcus C. Black, commander of the 2nd Battalion, 1st Air Defense Artillery Regiment.

The battalion is part of the 35th Air Defense Artillery Brigade, the U.S. military&#8217;s Patriot missile unit in South Korea.

When the U.S. military first deployed the battalion to Gwangju in 2004, it said the stay there would be temporary, with the unit eventually moving to a U.S. military installation.

About a month ago, the battalion began moving itself with a series of convoys from Gwangju to Camp Carroll.

The move poses no change to the brigade&#8217;s ability to shield the peninsula, brigade officials have said. But it does change the locations and status of the battalion&#8217;s batteries.

But with the move out of Gwangju, three firing batteries now are based at Camp Carroll. Those three will be kept ready for rapid deployment to other points on the peninsula if ordered, Black said.

The battalion continues to maintain a Patriot firing battery at Kunsan Air Base. But Kunsan will no longer be the permanent battery location. Instead, Kunsan&#8217;s battery will be staffed by rotating Carroll-based troops on deployments of 30 to 45 days, he said.

In addition to its four firing batteries, the battalion has a maintenance unit and a headquarters unit.

The battalion&#8217;s move to Camp Carroll brings it into the Daegu region, which is to serve as one of two &#8220;hubs&#8221; into which the U.S. military is gradually consolidating most of its forces.

At Camp Carroll, the battalion has moved into an area that has been occupied by the Army&#8217;s 307th Signal Battalion. But the signal unit is in the process of redeploying to the United States, a move to be completed by early next year.

The 2nd Battalion has moved into five of the signal unit&#8217;s former barracks buildings. The Patriot unit also goes from Gwangju&#8217;s &#8220;adequate&#8221; amenities and other resources to the wider range afforded by Camp Carroll, officials have said.

They include improved facilities for vehicle maintenance, fuller medical and dental services, a well-equipped gym and the cultural and recreational opportunities of the Daegu- Busan region, Black said.