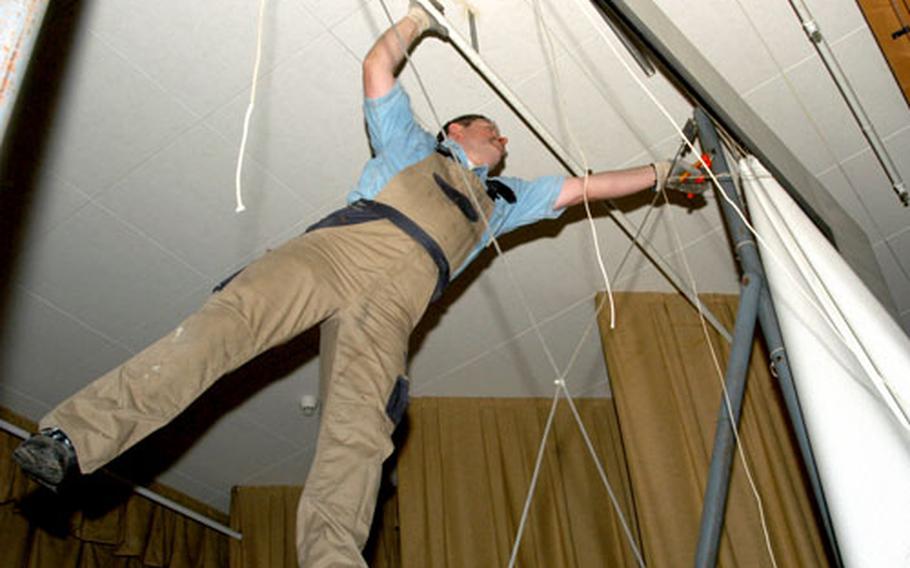 STUTTGART, Germany &#8212; Parents based near Stuttgart are searching for new activities to keep their children entertained through the summer months after the area&#8217;s main base movie house, Patch Theater, closed this week for six months of renovation.

&#8220;Living here in Patch [Barracks] during the summer months is not going to be good,&#8221; Leigh Munter said with a shrug as she shopped with her 6- and 8-year-old sons Tuesday.

The Munters normally take advantage of the Thursday matinee offered by the theater in the summer.

The building also will be extended in the front with a seating area outside the theater, a glass fa&#231;ade and a new concession area, according to the 6th Area Support Group, which oversees the project.

The theater was last renovated 20 years ago, which explains why the Army and Air Force Exchange Service has been unable to replace the handful of seat bottoms that are missing in some rows, said Thomas Gagnon, a restaurant business manager for AAFES, as he watched workers dismantle the theater&#8217;s screen.

The only other base theater in the area, the Robinson Barracks Theater, added movie showings on Tuesdays and Sundays this week and an extra 4:15 p.m. showing on Saturdays.

But that theater is &#8220;like a big-screen TV,&#8221; 13-year-old Patrick Redmond said as he hung out in the Youth Services teen room Tuesday.

Redmond, who lives at Robinson Barracks, said he and his friends plan to hang out at the teen center and bowl more now that the Patch Theater is closed.

One off-base theater nearby, the Corso Theater in Stuttgart-Vaihingen, shows movies in their original language. But the 7.20 euro ticket price is a far cry from the $4 for adults and $2 for children military members pay at Patch.

On the bright side, said Sgt. 1st Class Ted Munter, Leigh&#8217;s husband, the base will have a modern theater when the work is done.