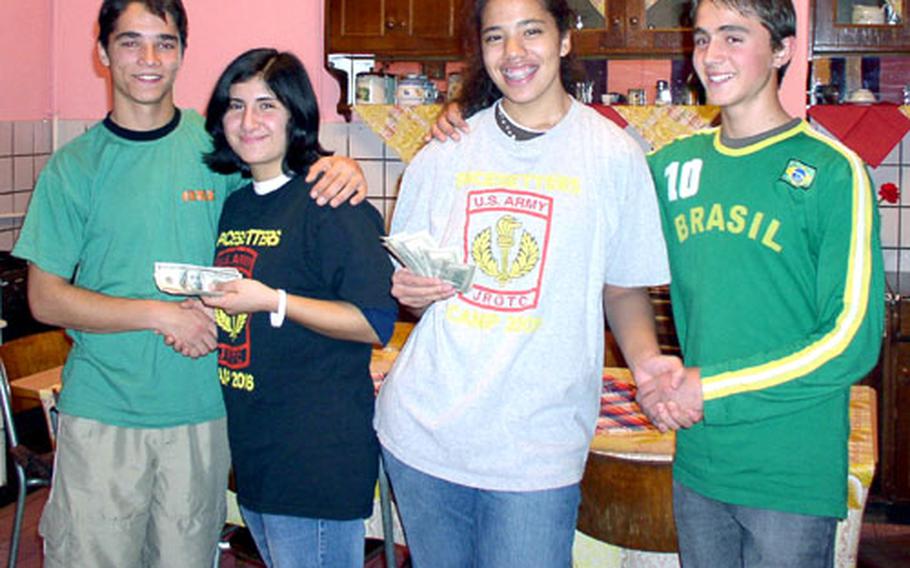 STUTTGART, Germany &#8212; Patch High School students Dani Thomas and Jesi Perez could have just as easily stayed home with their family over the long Thanksgiving holiday last month, chowing down and reflecting on all they have.

Instead, they spent more than 20 hours in a car with their music teacher, delivering money they raised for a Romanian orphanage that needed their help.

It was the latest gesture of generosity in Patch High students&#8217; sponsorship of the orphanage, which began six years ago. Led by the school&#8217;s music teacher, Gary Kelb, the sponsorship gives students a chance to put a face on their altruism.

Thomas and Perez delivered $1,000 that they and other members of their JROTC branch had raised bagging groceries at the commissary.

Kelb said he got the idea for the sponsorship program after he visited one of the orphanages and &#8220;fell in love&#8221; with the kids. Kelb makes multiple trips to the orphanage each year, often accompanied by Patch students.

These are not the horror-story, institutionalized east European orphanages that are sometimes seen on TV. But the houses, holding about a dozen kids each in the village of Santana, near the Hungarian border, still need help getting by, he said.

The Romanian government only doles out about 50 cents a day per child, he said. The children range from infants to teenagers.

Through the efforts of Patch students over the years, doors and windows have been repaired, new toilets have been installed, gifts have been bought, and a host of other issues have been eased from the childrens&#8217; lives.

Other school organizations, such as the Future Business Leaders of America, also have taken part in the sponsorship, Kelb said, and the community in general has been very supportive.

Many of the children have parents who could not afford to take care of them, said Kelb, who is a guardian for one Romanian boy. Leaving children at the orphanage is a practice from the days of the communist dictator Nicolae Ceausescu.

Thomas said she spent her days there shopping, eating and living with the children. She said she particularly enjoyed attending an English class at the local school.

While other people told her to expect unending poverty, Thomas said that some areas they visited looked just like downtown Stuttgart.