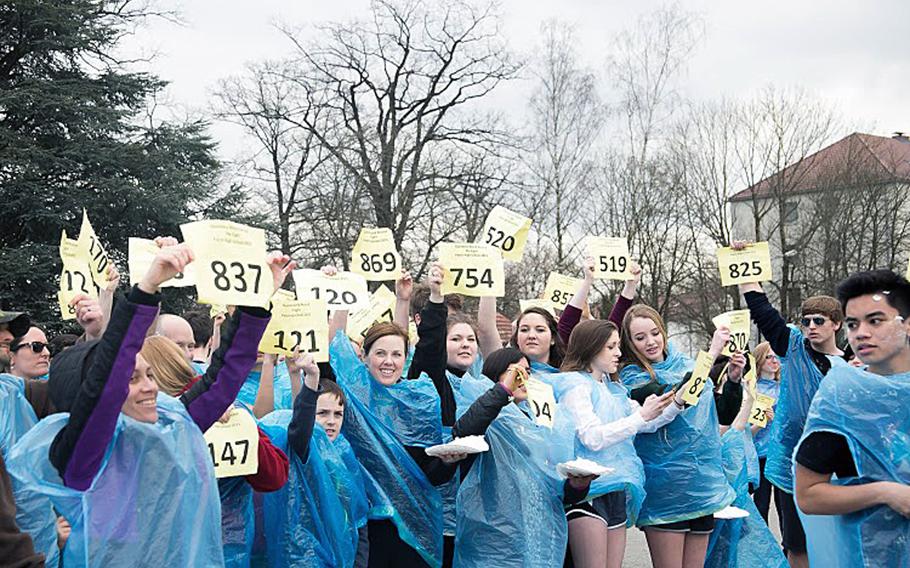 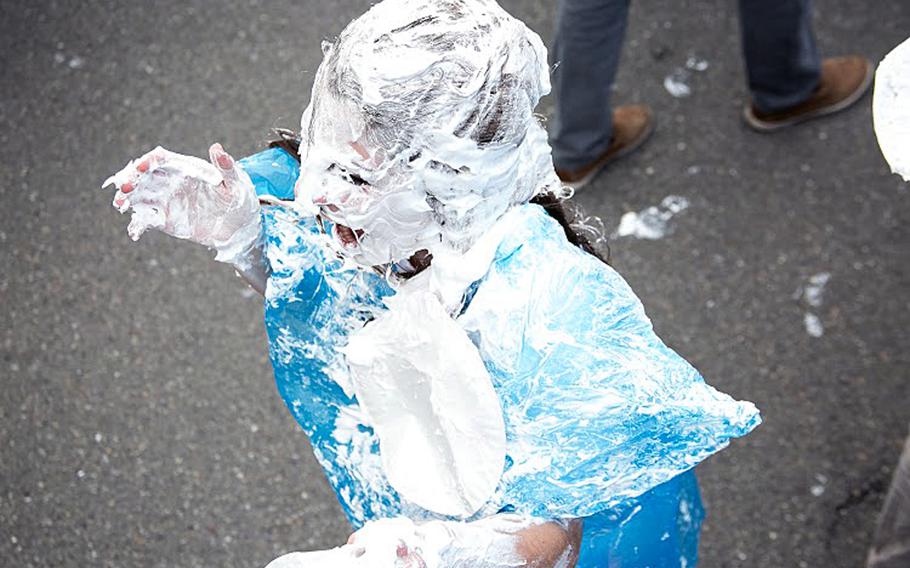 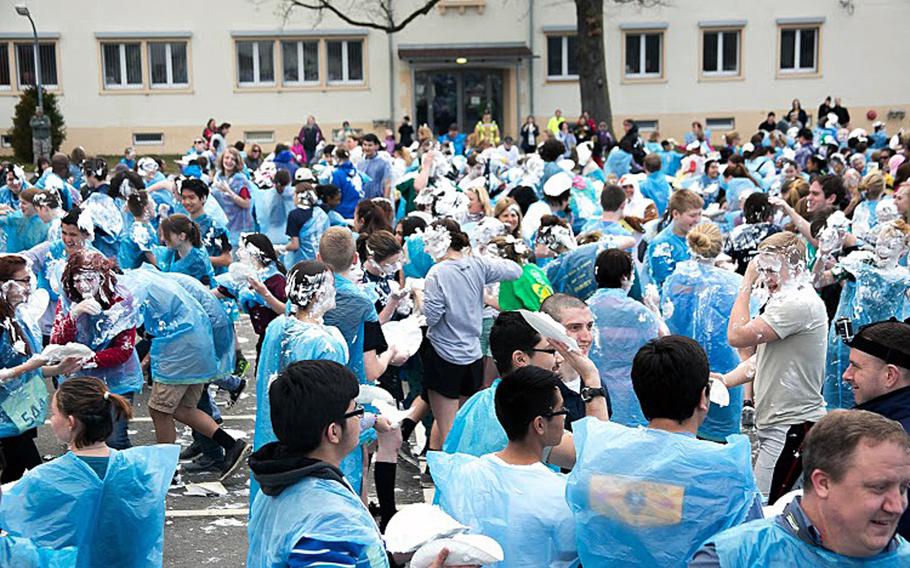 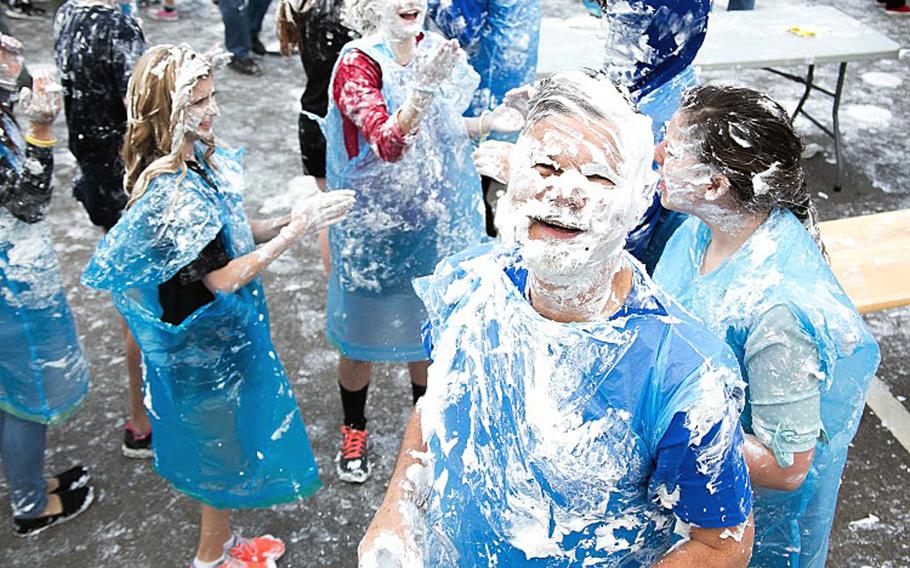 STUTTGART, Germany — The mathematical constant pi has long struck fear into the hearts of the numerically challenged. But at Patch High School, pi — 3.14 — has proved to be a messy inspiration for seeking to set a world record.

Just ahead of nationally recognized “Pi Day,” which naturally falls on March 14, members of Patch’s Math Honors Society got to work planning what they hoped would be the biggest shaving cream pie fight in history.

“We decided we had to go epic,” said Patch High School math teacher Daniel Coapstick, who led the effort.

To date, the largest shaving cream pie fight in history involved 815 pies by a group from Arizona in 2013, according to Guinness World Records. On March 12, the Patch team, which comprised 550 high school students, together with 120 elementary school pupils and community members, claimed it reached a record-smashing tally of 1,002 pies. That still must be verified by Guinness.

The next step is to send the video evidence to Guinness World Records’ headquarters in London for a final decision, which is expected in a few weeks.

The cost of getting an official Guiness judge to Stuttgart — $8,000 — was too high for the Patch team, so numerous cameras were on hand at Patch Barracks to document the fight from every angle. In all, there are about two hours of footage to provide the judges, Coapstick said.

Even without bringing in a judge, the effort wasn’t cheap or simple.

“We had a bit of a dilemma for getting enough shaving cream,” said Patch office assistant Susan Phillips, who led the shaving cream collection campaign. “We ended up getting a total of 620 cans.”

Phillips worked with commissary officials, who in turn worked with supplier Proctor & Gamble, to get the shaving cream at a discounted price of $1.29 per can, she said. To help collect funds for the pie fight, the Math Honors Society held a bake sale — selling pies, of course.

Virginia Kozak, a Patch High office assistant who helped to get base approvals for the event, said it was a logistical challenge to organize the event.

“We got a lot of help from the garrison. Normally this would have taken two, three months, and we got this done in less than two weeks,” Kozak said. “We worked very hard and it was great. Every second of it.”