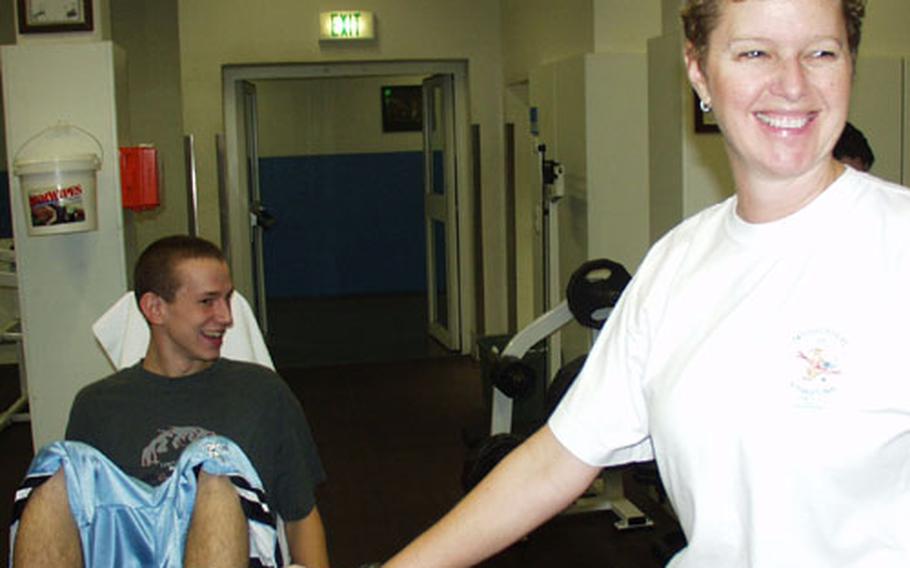 They ran on the treadmills, meticulously curled barbells and waited in line to do chin-up after chin-up.

The 26 teenagers are sophomores, juniors and seniors participating in a &#8220;conditioning&#8221; class being offered by Patch American High School. The class is so popular that Patch physical education instructor Carol Heffernan said the school is planning to offer another section in the fall.

This is the second semester the conditioning class has been offered, and students are able to see the gains in their physical strength, Heffernan said.

Junior Adam Fugent, a member of the golf team, is one of those students who has improved. He has only taken the class for a few weeks in the new semester, but he said he already is feeling stronger.

The class was offered for the first time this fall. Initially, 15 students signed up.

In January, the American Heart Association said 15 percent of American children and teenagers are considered overweight. That number has grown from 6 percent about 20 years ago.

The students meet usually every other day for 90 minutes of training. They do a mix of cardiovascular exercise, such as running, and weight training.

Not all of the students are high school athletes, Heffernan said, but most are.

On Friday, Anderson, who also plays football and soccer, was doing a number of exercises that allow him to keep his arm strong, despite being hit by a rash of dislocated elbows.