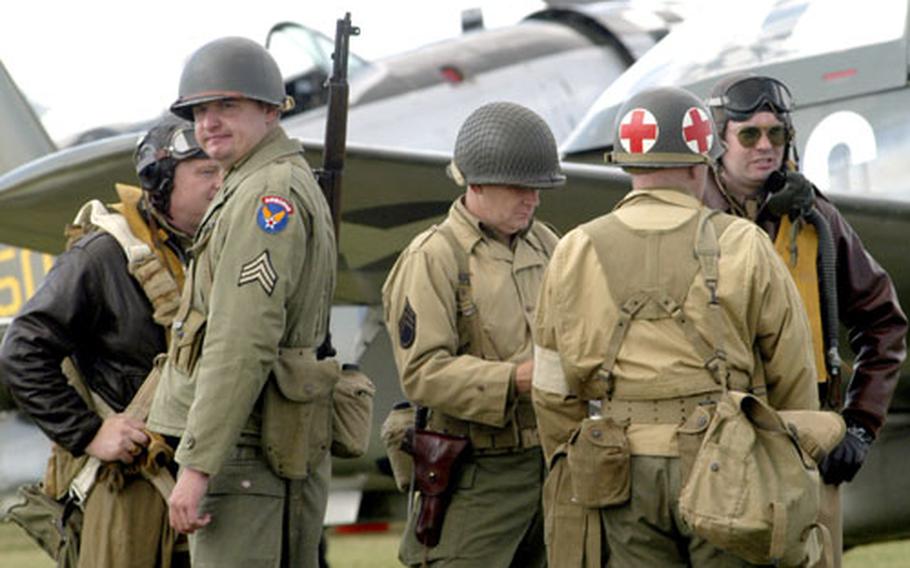 Thousands of aviation enthusiasts from around the globe converged on this south Cambridgeshire village last weekend for the Flying Legends Air Show, what one visitor hailed as the greatest collection of vintage aircraft throughout Europe.

The Duxford exposition was the first event in what for many amounts to a weeklong homage to aviation in Britain. It will culminate this weekend at the country&#8217;s largest air show, The Royal International Air Tattoo, which takes place Saturday and Sunday at RAF Fairford (See Page 11).

Indeed, fans of aircraft young and old gathered to marvel at aircraft that were built before the computer and microwave were invented still slicing through the sunny English sky.

Tony Mackinnon came from Cheltenham in west England &#8212; one of the shorter journeys in his worldwide aviation odyssey.

The son of a Royal Air Force crewmember who served during World War II, Mackinnon was bred an aviation buff and has been around the globe feeding his appetite for aircraft.

&#8220;I&#8217;ve been to the States 30 times and by far my favorite is the Boneyard in Arizona,&#8221; said Mackinnon, referring to the Aerospace Maintenance and Recovery Center at Davis-Monthan Air Force Base outside of Tucson.

Mackinnon was one of hundreds of amateur photographers who paid an additional 4 pounds &#8212; on top of the 30-pound admission &#8212; to walk on the runway and photograph the row of vintage planes.

He was particularly impressed with the 1945 Spitfire &#8212; specially designed for an aircraft carrier &#8212; with folding wings.

A row of booths that featured food, drinks and enough aviation and military memorabilia to decorate a colonel&#8217;s office, plus the thousands of visitors, contributed to the carnival feel of the air show.

The American Air Museum, featuring World War II-era aircraft suspended from the ceiling on cables, was a destination in itself.

The museum, housed in a stunning piece of contemporary architecture that combines the sensibility of a hangar with the sleekness of a skyscraper, stands to honor the 30,000 Americans who died flying out of the United Kingdom during World War II.

Many of the pilots, crew and other participants dressed in period clothing, and a Glenn Miller piece often echoed across the airshow grounds &#8212; providing the cherry on the nostalgia sundae.

Clad in a 1940s-era fighter jacket and slacks, Leen Alblas traveled from Eindhoven, Holland, to participate in the Duke of Barband Air Force&#8217;s flying of its vintage Dutch aircraft.

And for anyone attached to those planes &#8212; both for their beauty and for the period they represent &#8212; that was the magic of it all. Something surely to please Orville and Wilbur Wright.