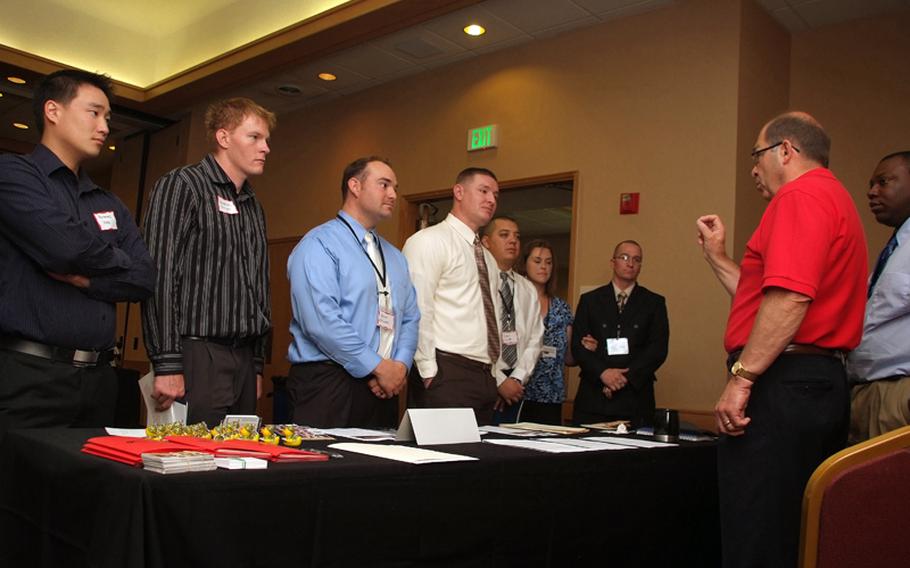 WASHINGTON &mdash; The House overwhelmingly passed legislation Wednesday offering a host of new job training programs for veterans and offering employers up to $9,600 for hiring them. But it could take months before veterans see any benefits.

Following the 422-0 House vote, House Veterans Committee Chairman Jeff Miller, R-Fla., who authored much of the legislation, called the measure &ldquo;a major victory for veterans that will help hundreds of thousands of veterans who are currently unemployed.&rdquo;

The Senate has already adopted the measure (by a 94-1 vote), and President Barack Obama is expected to sign it into law in the coming days. In a statement, he praised tax credits for employers hiring vets, a proposal he championed, as a way to create new jobs and get veterans back to work.

Those go into effect the day the measure becomes law. Businesses can collect up to $5,600 in tax credits for hiring an unemployed veteran, and up to $9,600 for hiring a wounded veteran.

In August, White House officials estimated that move alone could help create more than 25,000 jobs for veterans in the next few years.

Most of the bill&rsquo;s provisions will take months to implement. But House and Senate staffers said that&rsquo;s because the items are addressing the root of the unemployment issues, looking for long-term solutions to keep veterans working.

The jobs measure includes an extra year&rsquo;s worth of GI Bill benefits for 100,000 unemployed veterans, to retrain them for jobs in &ldquo;high-demand sectors.&rdquo; That amounts to more than $1,300 a month for classes, certification and living expenses.

But that retraining program will only be open to 45,000 veterans next year, and won&rsquo;t start until July at the earliest. The program is open to veterans of all ages, and Department of Veterans Affairs officials are expected to start taking applications soon.

Disabled veterans who have exhausted their unemployment benefits will also be eligible to receive another year of vocational rehabilitation and employment benefits, but that also won&rsquo;t start until next summer.

In an effort to help troops avoid that gap in employment between their military service and their new civilian life, the measure also calls for the Defense Department to overhaul the transition assistance program, and make it mandatory for all departing servicemembers. But that overhaul won&rsquo;t be complete until November 2012.

Getting that certification has been a major complaint from veterans groups, who note that military medics can face years of classes to work as civilian emergency medical technicians when they return home because of state licensing rules.

But the Labor Department report on possible fixes to those problems also won&rsquo;t be completed until fall 2012, though officials there have already started discussing ways to implement those findings more quickly.

Even with the delays, lawmakers and veterans groups hailed the jobs bill passage &mdash; the only major jobs measure approved by Congress in recent months &mdash; as a significant step forward.

VA Secretary Eric Shinseki said in a statement that the legislation &ldquo;sends a message that a grateful nation honors their service and sacrifice and wants to welcome them all the way home.&rdquo;

According to Bureau of Labor Statistics data, last month more than 850,000 veterans nationwide were looking for work, and nearly 30 percent of them were veterans from the post-9/11 era.