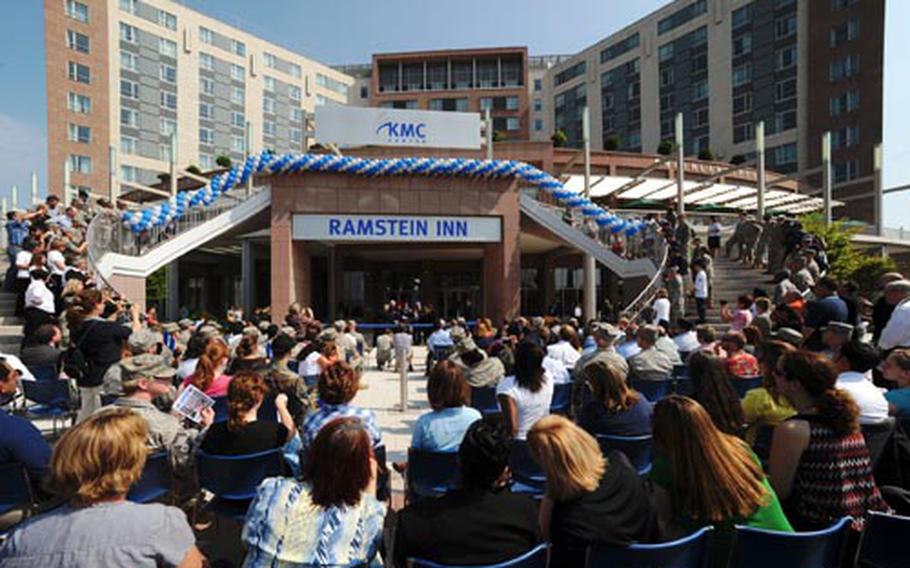 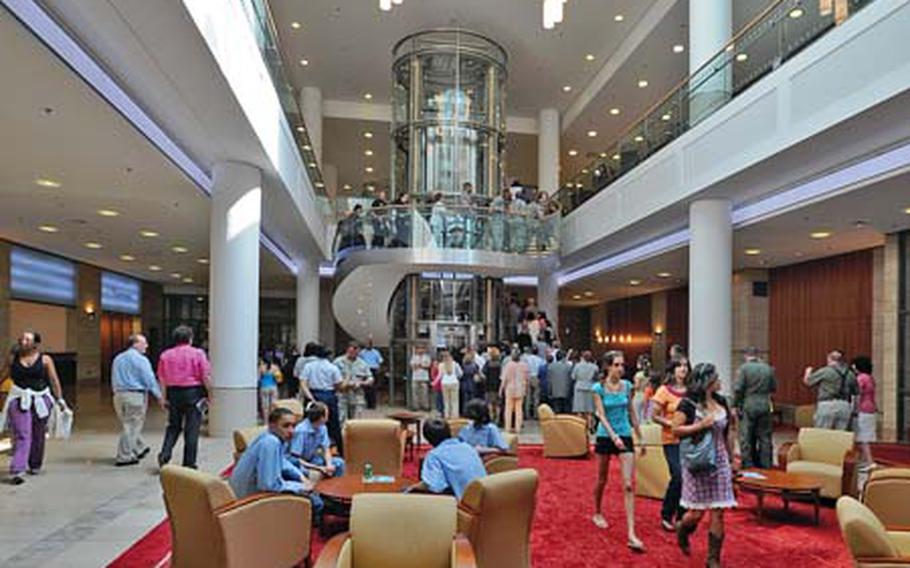 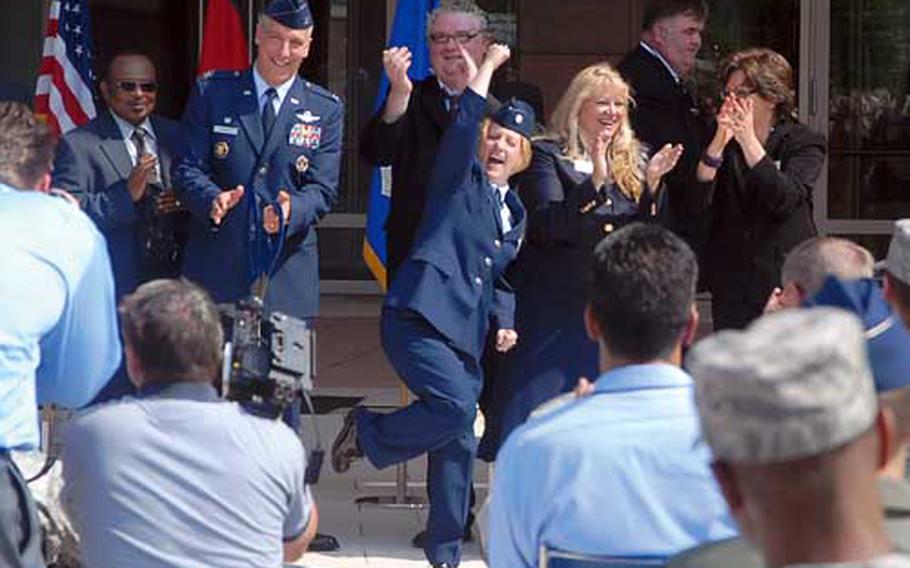 RAMSTEIN AIR BASE, Germany &#8212; With the snip of a blue ribbon, a portion of the Kaiserslautern Military Community Center opened its doors Thursday, six long years after ground was broken on the site.

It was a day customers and base officials alike thought they might never see.

Harris was in the lunch line for Romano&#8217;s Macaroni Grill, the world&#8217;s largest, according to base officials. The wait was about 15 minutes, she said.

A bevy of food and other concessions, the AAFES base exchange and PowerZone, and a four-plex movie theater are due to open in phases in August and September. Those venues remain gated off to the public.

Guests at the new Ramstein Inn received water advisories this week. Recent random water samples taken throughout the KMCC indicate lead levels higher than that found in the source water. The tap water is still potable by U.S. and German standards, but guests and KMCC employees are being advised to let the water run for 10 to 15 seconds in the morning before using it for drinking or in-room hot drink preparation.

Doing this, testing shows, reduces the lead levels to well below Environmental Protection Agency safe drinking water requirements, according to the advisory.

The KMCC has been a thorn in the side of the Air Force and Department of Defense, with the facility&#8217;s opening delayed for more than two years because of construction problems and difficulties managing an array of subcontractors.