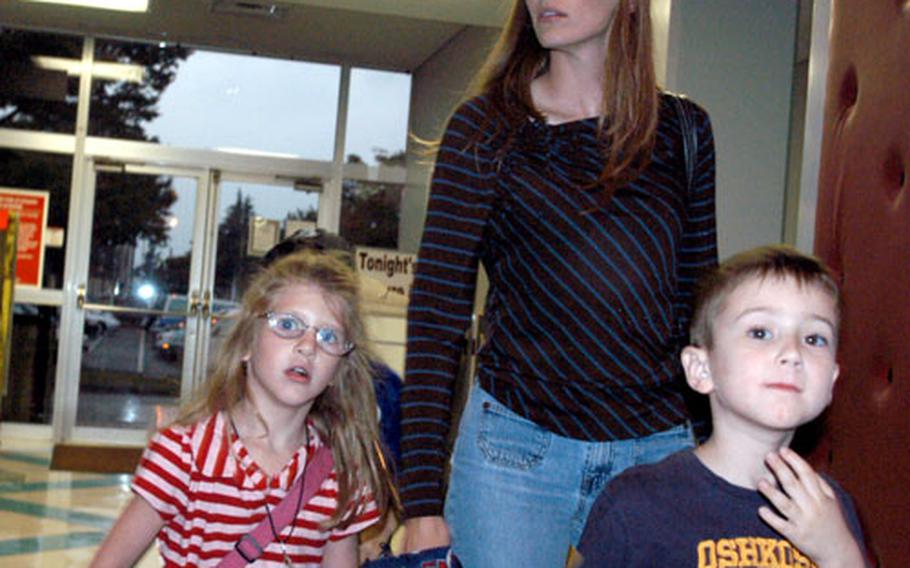 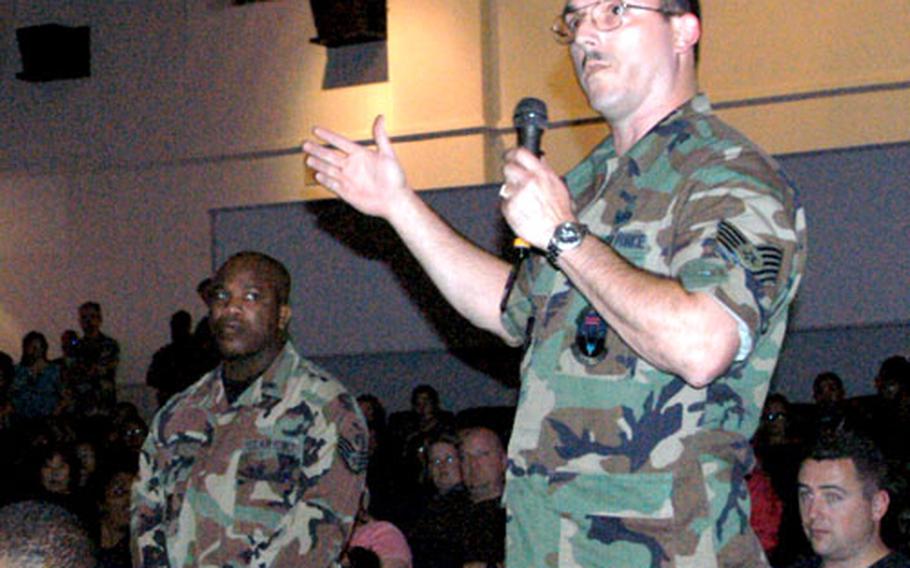 Sam Thornton, Parent Teacher Organization president at Yokota East Elementary School, asks officials at a town hall meeting Monday why parents weren’t told earlier about possible asbestos in the school. The school was closed Monday through Wednesday while the affected building is retested for the material. (Allison Batdorff / S&S)

Classes at the school are canceled through Wednesday while administrators reshuffle classes to vacate a building that will be retested for airborne asbestos fibers.

Base and school officials held a town hall meeting Monday to field questions.

Another blamed school officials for not alerting parents to potential dangers sooner.

But a contractor retesting the media center raised a red flag in a report issued Friday saying asbestos fibers may have been tracked out of the media center. As a result, the adjacent 11 classrooms will be retested, which could take about 10 days, school officials said.

Yokota East&#8217;s 690 students are to return to the school Thursday. The five other buildings on the school&#8217;s campus will house students and teachers assigned to the 11 displaced classrooms.

The closure will largely affect the school&#8217;s second- and third-graders, whose parents were vocal at Monday&#8217;s meeting.

Parents questioned medical, environmental, engineering, school and other officials at the meeting about their children&#8217;s health risks and exposure. Officials responded that until the testing is done, there is no way to be sure about either.

In retrospect, school leaders said they should have handled things differently.

&#8220;In hindsight, we wish we would have closed it earlier, but at the time we thought this course was best for the children,&#8221; said DODDS Japan logistics chief Scott Sterry.

However, several speakers emphasized that the measures they are taking are purely precautionary.