Parents baffled by death of soldier at Spinelli Barracks 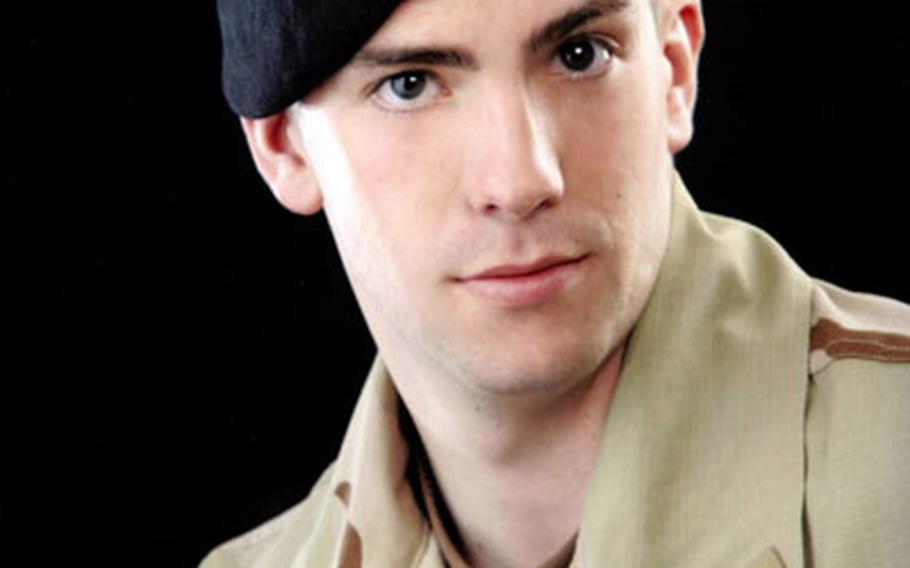 When Diane Wilder saw the person dressed in military uniform outside her Newport, Ore., home, she thought it might be her son paying a surprise visit.

But as soon as she saw a second person in military uniform, she knew.

Diane Wilder and her husband, Anthony, learned Jan. 8 that their 21-year-old son had been found dead earlier that day at Spinelli Barracks in Mannheim, Germany. Another soldier found Wilder, a radio communication security controller repairman assigned to the 512th Maintenance Company, lying unconscious and unresponsive. Medical professionals, military police and the German police were called to the scene. But shortly after noon, Wilder was pronounced dead.

Questions loom involving the details of his death. An autopsy performed last week at Landstuhl Regional Medical Center was inconclusive, pending toxicology results that could take several weeks. The cause of death remains unknown.

What is known is that Wilder was scheduled to become a third-degree Mason on the day before he died, his mother said. The Masons are an ancient, secretive brotherhood that offers networking opportunities and performs community service. Calls to the American Canadian Grand Lodge in Frankfurt were not returned Tuesday.

&#8220;We are going to continue to do everything within our power to find out what happened,&#8221; said Maj. Allen Hing, 21st Theater Support Command public affairs officer.

But finding out what happened could not be worse for Diane Wilder than just knowing that her son is dead.

For now and likely always, Wilder&#8217;s parents cherish how their son lived.

He was caring, sensitive to other people&#8217;s feelings, very enthusiastic and had a real joy for life, his father said.

Of his 2&#189; years of service in the Army, Donald Wilder served in Iraq for nine months &#8212; from June 2004 to February 2005. During one convoy, a roadside bomb exploded next to his Humvee. In a candid moment, Wilder told his parents if he had been a couple of feet in one direction or the other, he would have died.

On Feb. 2, he was set to go home to Oregon for three weeks where he planned to go scuba diving in nearby Washington state.

In March, following his leave, Wilder was to be reassigned to Fort Hood, Texas. An avid diver, he had already contacted some former soldiers who have a dive shop just outside the post. He planned to work there a few days a week. His ultimate dream was to open a dive shop and become an instructor, his parents said.

Diane Wilder spent a week with her son in Germany during Thanksgiving. The week before she landed in Germany, he called her at least twice a day, she said.

She stayed with her son in the barracks to see how he lived. They watched movies. On Thanksgiving, they went to the homes of soldiers with whom he had served in Iraq. The mother and son also traveled to Munich, Rothenburg and Dachau, visiting museums, Christmas markets and the former Nazi concentration camp.

It was a week that Diane Wilder will never forget.

A memorial service is scheduled for 3 p.m. Wednesday at the Benjamin Franklin Village chapel in Mannheim.