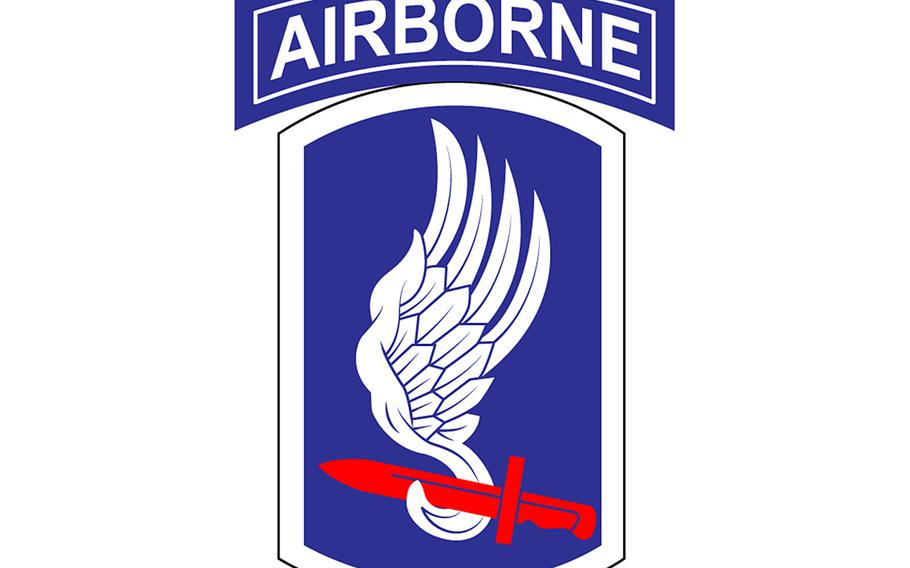 A paratrooper of the 173rd Airborne Brigade who was infected with bacterial meningitis is recovering in the U.S., Army officials said this week. ()

VICENZA, Italy — A paratrooper who was fighting for his life after being infected with bacterial meningitis a month ago is recovering in the U.S., Army officials said this week.

“He was discharged from Walter Reed (National Military Medical Center) and is currently in outpatient rehab status,” said Maj. Chris Bradley, a 173rd Airborne Brigade spokesman. “We are hoping his recovery is full and complete and we will welcome him back.”

Army public health officials said Monday that no new cases had been reported either in the military community or the local Italian population.

Some 60 to 70 soldiers and others associated with the Army garrison were provided with prophylactic antibiotics, said Stacy Sanning, a Landstuhl Regional Medical Center spokeswoman.

Italian public health authorities, who at one point were seeking to contact some 200 patrons of a nightclub where the soldier was said to have spent time before his diagnosis, also reported no new cases, Sanning said. Where and how the soldier was infected has not been determined, she said.

The soldier, who has not been identified, was diagnosed with meningococcal meningitis, named for the bacterium that causes it and the most common type of bacterial meningitis.

Although not as contagious as cold or flu viruses, it is contracted through saliva and respiratory secretions and can be spread through coughing, sneezing, kissing or sharing utensils. Its incubation period is between two and 10 days.

About 1 in 10 people carry the bacteria with no signs or symptoms of disease, according to the Centers for Disease Control and Prevention.

The disease attacks the lining of the brain and spinal cord and can quickly be fatal without early treatment.

Early antibiotic treatment is the most important measure to save lives and reduce complications, according to the CDC.

Since the 1970s, the military has had a policy of universal meningococcal vaccination for everyone entering all branches of service. The vaccines are between 85 and 100 percent effective for at least two years. But there is no vaccination for some strains.

A study in 2012 by researchers at the Naval Health Research Center in San Diego identified 26 cases of meningococcal disease among servicemembers from 2006 to 2010. Of those, 15 had received vaccinations. Five cases were fatal.

A study in 2016 found that neurological aftereffects occurred “in a substantial amount of patient following bacterial meningitis,” according to the study published in the Journal of Infection. The most frequently reported aftereffects were hearing loss, cognitive impairment, epilepsy and various muscle or nerve problems due to damaged parts of the brain.

About 15 percent of survivors are left with disabilities that include deafness, brain damage and neurological problems.

The soldier was admitted to the San Bortolo Hospital in Vicenza on Oct. 22 after symptoms of headache and fever worsened. By the next day, he had been placed in a medically induced coma.

He was then taken to Landstuhl Regional Medical Center, Bradley said, and moved to Walter Reed before being discharged.

“We anticipate his return,” Bradley said. “He’s been a fighter to this point.”