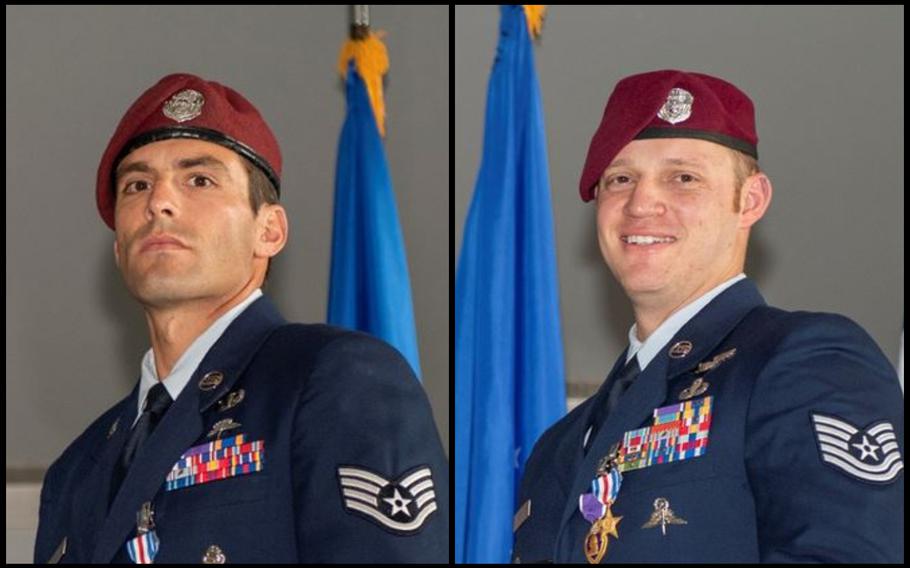 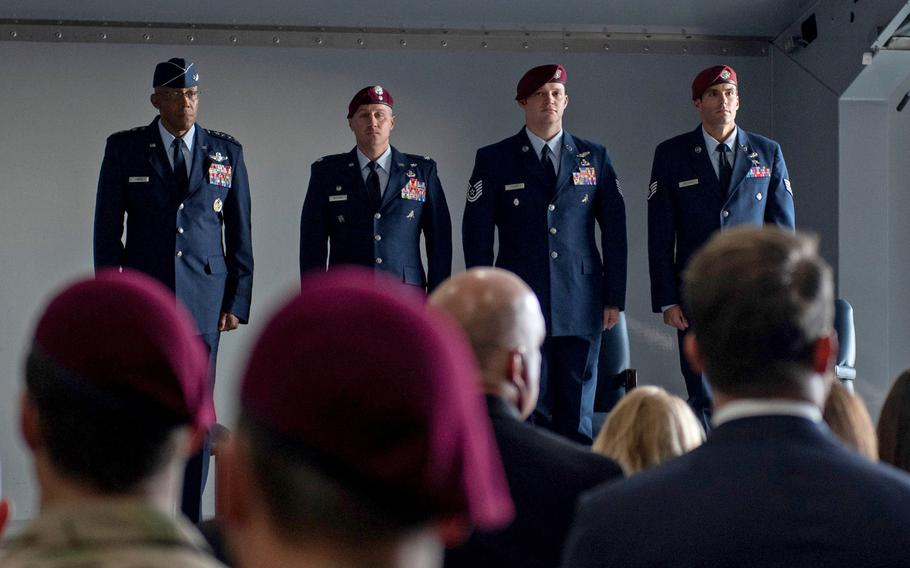 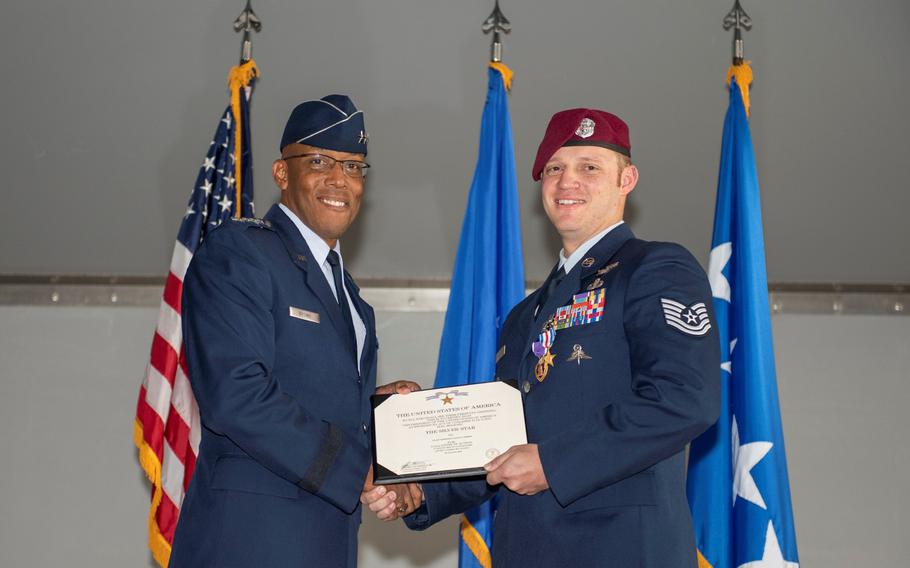 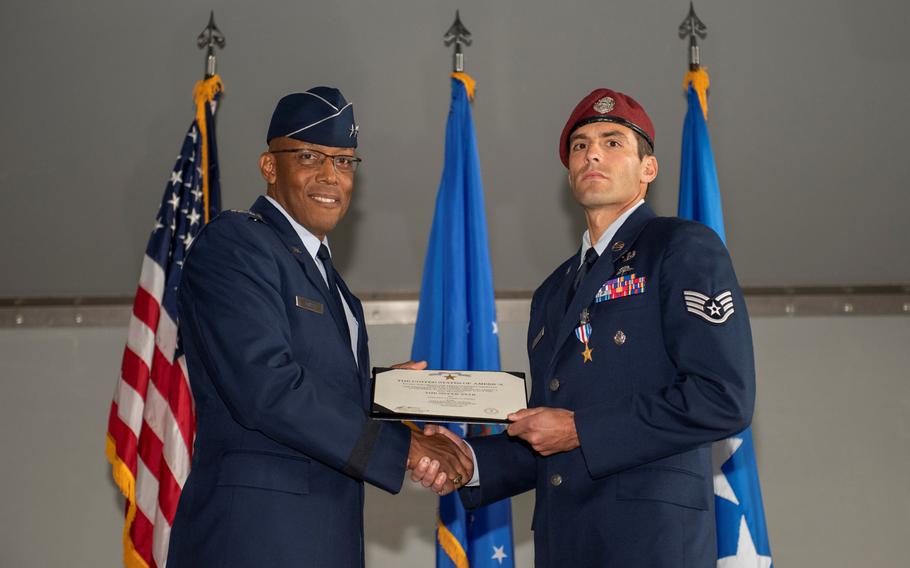 Tech Sgt. Gavin Fisher and Staff Sgt. Daniel Swensen, who were lauded for their actions in separate clashes, received the third-highest military award for bravery in a ceremony Friday at Nellis Air Force Base, Nev.

“Getting this medal is important because it lets people know the war is still going on, and valiant efforts by men and women are still going forth,” Fisher said in the statement. “People are still out there dying and fighting for each other, and it needs to be recognized.”

Fisher, who also received a Purple Heart, fought in a fierce battle in the strategically important southeastern city of Ghazni in August of 2018.

An assault by more than 1,000 Taliban fighters occupied much of the city — home to 280,000 people — prompting American forces to send support and launch airstrikes against the insurgents.

Fisher served as the rear gunner in a convoy that was struck by rocket-propelled grenades and machine gun fire during a Taliban ambush, an Air Force statement said.

Even after being wounded by grenade shrapnel, Fisher continued firing back at his attackers and gave medical treatment to critically injured soldiers during two ambushes, the Air Force said.

Swensen received his medal for fighting in western Farah province in September, the statement said.

He was part of an Army Special Forces helicopter assault to reclaim a police headquarters taken by the Taliban. Militants sprang an ambush on a ground assault team Swensen was leading through a compound, separating them from their supporting fire team and pinning them down, before a grenade blast wounded Swensen and five others. Despite his wounds, the pararescueman ran through enemy fire to treat an injured soldier before moving him to safety, the Air Force said.

Swensen carried one of the wounded as he and the others moved to an extraction point about half a mile away. But, as they waited for a medical evacuation helicopter to arrive, the Taliban launched a second attack.

Braving enemy fire, Swensen directed his comrades to cover, then continued treating the wounded until they could be evacuated. He then stayed behind to lead the remaining troops back through the enemy-occupied town to rescue four more injured soldiers. In all, he saved nine lives, the statement said.

“It’s weird to receive so much attention for something that I feel anyone else would’ve done on the battlefield that night,” Swensen said in the statement. “I’m honored my peers think I deserve this medal.”