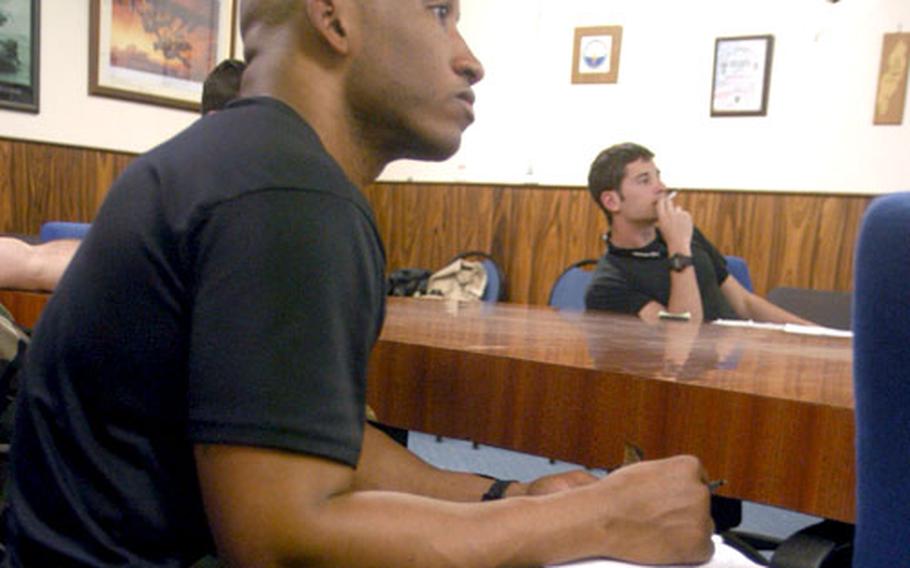 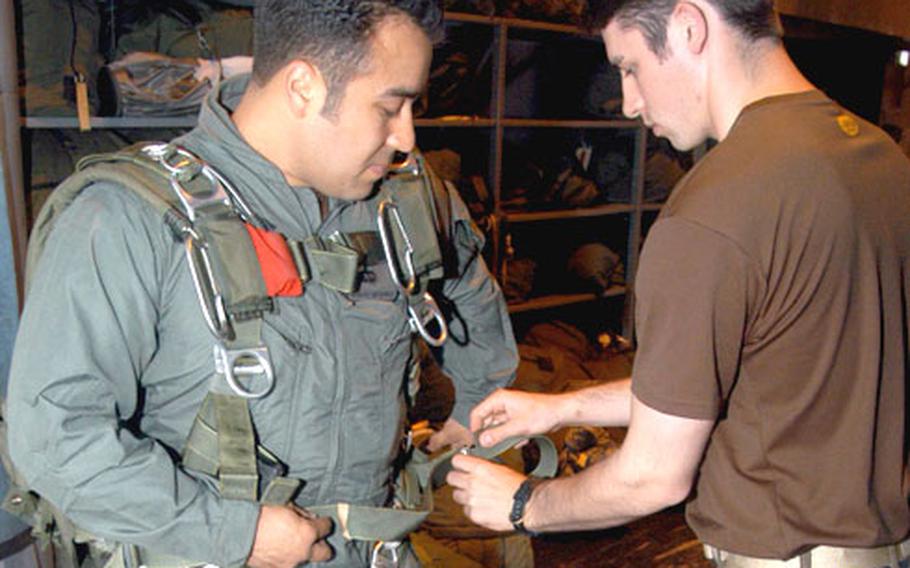 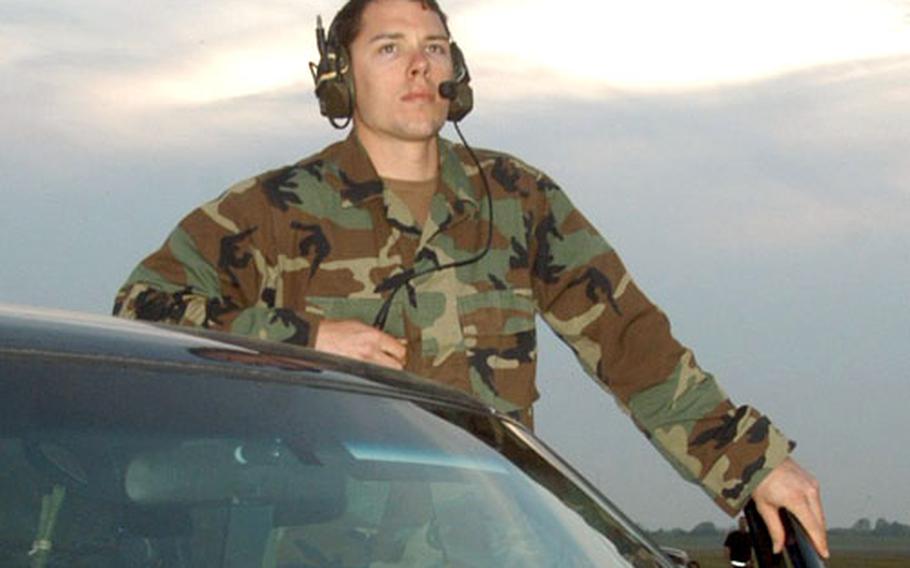 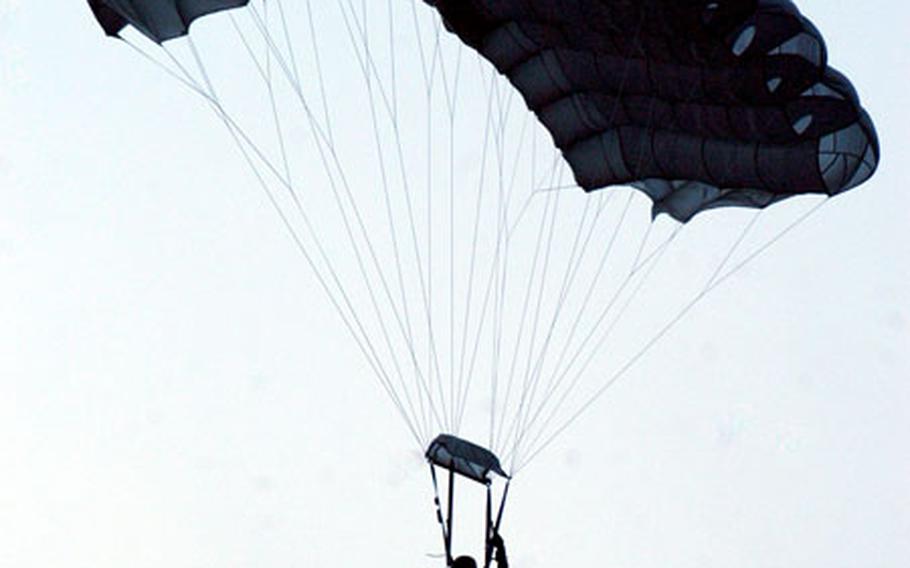 A member of the 321st Special Tactics Squadron descends to the drop zone during a recent High-Altitude Low Opening parachute jump at RAF Watton, a decommissioned base near RAF Mildenhall. (Sean Kimmons / S&S) 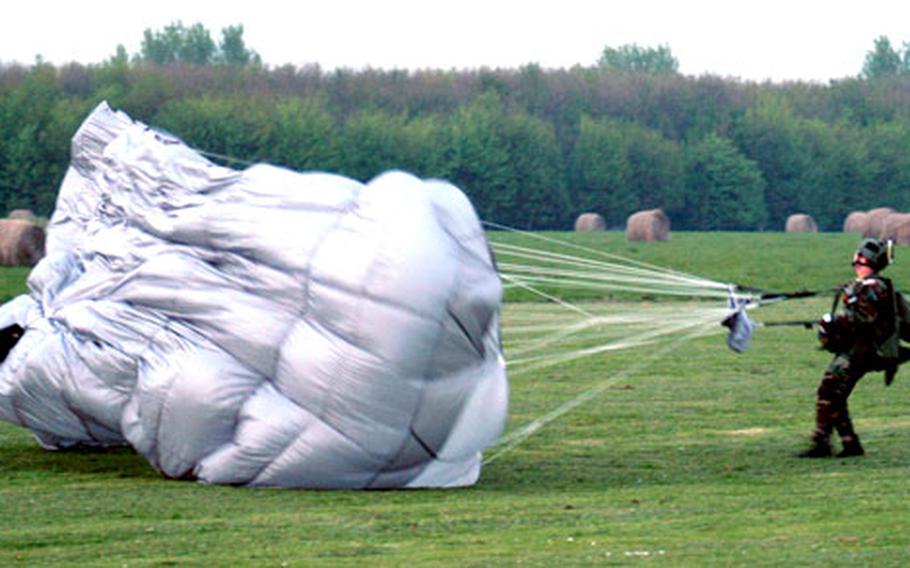 Maj. Claude Tudor, the 321st STS commander, pulls his parachute back from a drop zone after landing. (Sean Kimmons / S&S)

Gutierrez, a member of a highly trained, rapid deployable special tactics team, was preparing for his 50th or so High-Altitude Low Opening, or HALO, parachute jump.

Fourteen other special tactics members joined Gutierrez in the thrilling jump above RAF Watton, a decommissioned base about 25 miles northeast of RAF Mildenhall. The purpose of the jump was to get members current on their HALO training requirements.

Four HALO jumps is the minimum for the year, but according to Maj. Claude Tudor, commander of the squadron, more are needed to be proficient.

Proficiency is vital to the teams, especially when missions have them assaulting behind enemy lines.

Besides HALO jumps, special tactics teams use just about any mode of transportation to complete the mission, including scuba, aircraft, camels, horses, motorcycles and Zodiac inflatable boats, he said.

The primary mission for the teams is to support the Joint Special Operations Air Component Commander with rapid command and control air traffic management, casualty recovery, treatment and evacuation, staging and weather forecasting during joint air and ground/maritime operations, according to www.globalsecurity.org.

&#8220;Those guys may not all be huge physical studs, but their hearts are always in the right place. They have the attitude that they will never quit [and] the mission will continue,&#8221; Tudor said about his teams.

Gutierrez had to endure about two years of training, varying from air traffic controller skills to airborne and underwater operations, before he became a combat controller.

As the sun began to set on RAF Watton, an MC-130H Combat Talon aircraft hummed overhead high in the sky. Seconds later, green parachutes puffed open as Gutierrez and others descended together in a stack formation.

When they began to touch ground, trash talking broke out among the members on who landed closest to the fluorescent drop zone. Tudor was the closest this time and secured the bragging rights until the next jump.