Panetta: US hostages taken in Algeria attack a 'terrorist act' 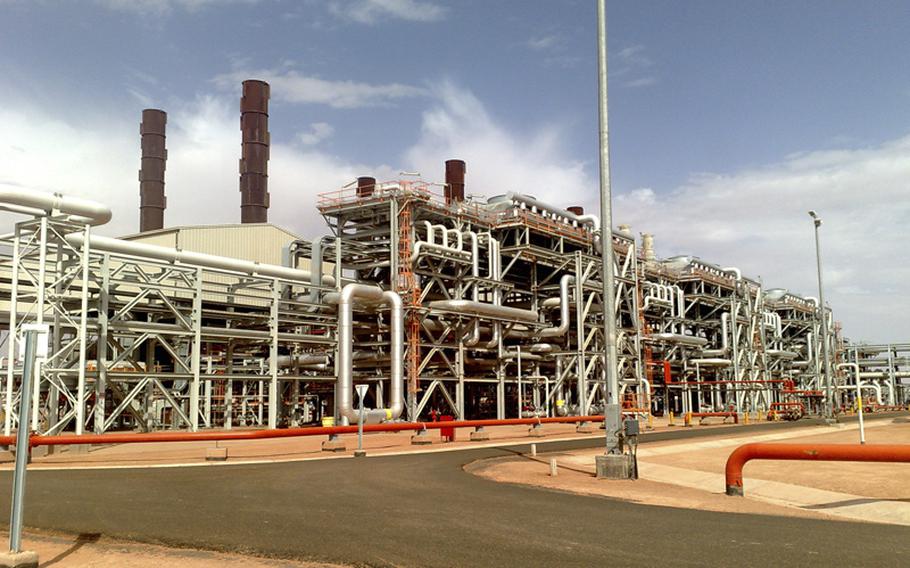 In this undated image released by BP petroleum company, showing the Amenas natural gas field in the eastern central region of Algeria, where Islamist militants raided and took hostages Wednesday Jan. 16, 2013. Islamist militants from Mali attacked a natural gas field partly operated by BP in southern Algeria early on Wednesday, killing a security guard and kidnapping at least eight people, including English, Norwegian and Japanese nationals, an Algerian security official and local media reported. Algerian forces, later caught up with and surrounded the kidnappers and negotiations for the release of the hostages are ongoing, officials said. (BP)

&ldquo;By all indications, this is a terrorist act,&rdquo; Panetta told reporters at a press roundtable at the U.S. Embassy. &ldquo;It is a very serious matter when Americans are taken hostage, along with others. &hellip; I want to assure the American people that the United States will take all necessary and proper steps that are required to deal with this situation.&rdquo;

An Islamist militant group claimed responsibility for the attack on the energy company, and said the hostage situation was revenge for Algeria&rsquo;s support of France&rsquo;s military operation against al-Qaida in Mali, the Associated Press reported.

Panetta said he is not sure whether the situation in Algeria is linked to Mali in any way, but said &ldquo;terrorists are terrorists.&rdquo;

France began launching air strikes in Mali this weekend, targeting al-Qaida strongholds. The French have also deployed 2,500 troops to the African country, according to the AP.

But so far, the French are standing virtually alone. Other European countries, including Italy, have pledged logistical and intelligence support, but no troops. European leaders will meet tomorrow to determine what additional types of assistance to provide.

Panetta said the U.S. is providing intelligence support to the French and working through potential legal challenges to provide additional intelligence and logistical support.

Tuesday, he told reporters in Madrid that he is not considering sending American troops in Mali.

Still, he said, the operation &ldquo;should be an international effort,&rdquo; and &ldquo;the international community should do what we need to do to confront AQIM.&rdquo;