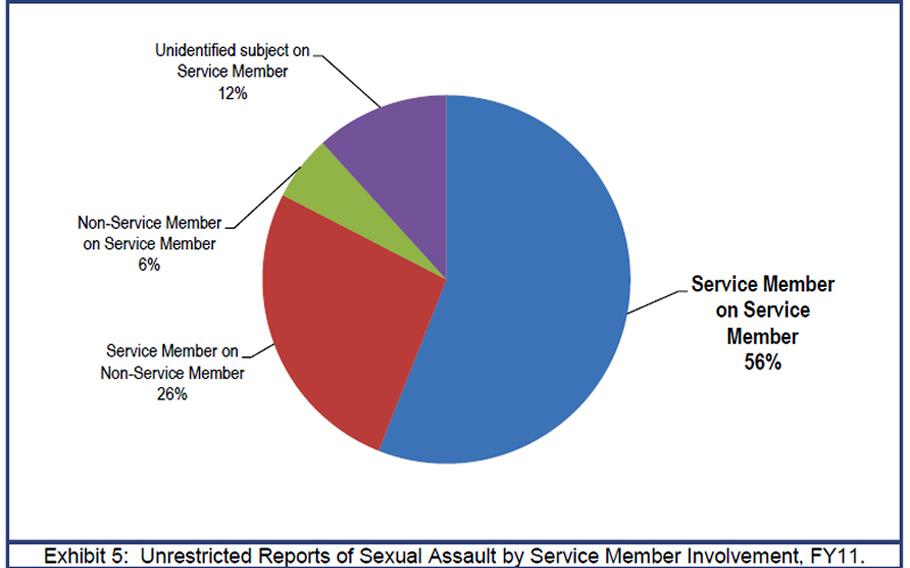 WASHINGTON &mdash; On the heels of a report showing that 2,723 servicemembers reported being victims of sexual assault in fiscal 2011, Defense Secretary Leon Panetta said the Pentagon is working to create a &ldquo;zero-tolerance culture&rdquo; for sexual assault.

&ldquo;Our goal is to do everything possible to open up the military to everyone who wants to serve this country,&rdquo; Panetta said at a press briefing at the Pentagon. &ldquo;If sexual assault is one of those areas that is not being aggressively gone after and dealt with, then it sends a terrible signal to those who want to serve.&rdquo;

Panetta said he has made combating this problem a top priority.

More than half of the servicemember victims were 20 to 24 years old, and 63 percent were young enlisted troops, from E1 to E4. Twelve percent of the victims were male.

The report &ldquo;underscores what we have known for a long time,&rdquo; said Anu Bhagwati, executive director of the Service Women&rsquo;s Action Network and a former Marine captain. &ldquo;The DOD cannot reduce the magnitude of sexual assault in the ranks without intensive oversight from Congress and the courts.&rdquo;

Rep. Jackie Speier, D-California, a member of the House Armed Services Committee, is the author of a bill that would take reporting, oversight, investigation and victim care of sexual assaults out of the hands of the military&rsquo;s chain of command and place jurisdiction in a new entity comprised of civilian and military experts.

&ldquo;All of the important numbers are going in the wrong direction. This report shows that prevention classes and sensitivity training are not enough to solve the problem of rape and sexual assault in the military,&rdquo; Speier said in a written statement.

&ldquo;Servicemembers should not fear their colleagues more than the enemy. Until we see more prosecutions, more offenders punished for their crimes, and more victims confident enough in the military justice system to report these crimes, we will not see a significant improvement in the incidence of sexual assaults in the military,&rdquo; Speier said.