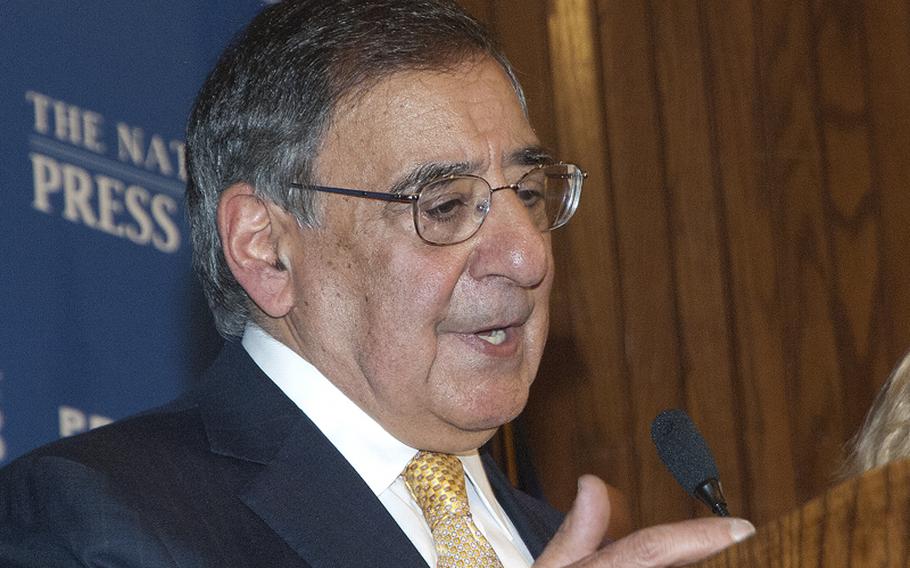 Buy Photo
Secretary of Defense Leon Panetta addresses a luncheon crowd at the National Press Club in Washington, D.C., where he spoke Tuesday on the future of the U.S. military. (Carlos Bongioanni/Stars and Stripes)

The Taliban has been unable to regain any lost ground in Afghanistan, proof that the U.S. military has &ldquo;turned the tide&rdquo; after 11 years of war, Defense Secretary Leon Panetta said Tuesday.

The Afghan Army and police have improved at providing security in areas that U.S. forces are transitioning over as they seek to withdraw from the country by 2014, and the number of enemy attacks has dropped, according to Panetta.

&ldquo;That has been in my book, the significant turning point,&rdquo; Panetta said. &ldquo;For the first time, we saw the transition working, the Afghan Army able to do its job and violence going down.&rdquo;

Panetta&rsquo;s remarks came during a speech at the National Press Club, in which he also accused Congress of being one of the biggest threats to the military as lawmakers face off over $500 billion in defense budget cuts.

&ldquo;Because of political gridlock, this department still faces the possibility of a round of mindless, across-the-board cuts totaling another half a trillion dollars that will inflict lasting damage on our national defense and hurt the very men and women who protect this country,&rdquo; Panetta said. &ldquo;It is unacceptable to me that men and women putting their lives on the line in distant lands have to worry about whether those here in Washington can effectively support them.&rdquo;

Faced with those budget cuts, the Defense Department is aiming for a leaner force and looking to pare down the number of Army troops from a high of 570,000 soldiers to 490,000 according to Panetta. The Marine Corps will be reduced to 182,000 from a peak of 202,000 during the last decade.

But at the same time, the Navy will increase its presence around Asia, with a goal of having 60 percent of its fleet in the Pacific Ocean and the remaining 40 percent in the Atlantic Ocean by 2020, Panetta said.

More F-22s and MV-22 Ospreys will be sent to Japan, and the first F-35 Joint Strike Fighters will be deployed to Iwakuni in 2017, Panetta said.

The new defense strategy will also include investing in unmanned systems technology, cyber warfare capabilities and growing Special Operations Forces to 72,000 by 2017, more than double the number on 9/11.

&ldquo;This cannot be simply an effort in cutting,&rdquo; Panetta said. &ldquo;If we are to maintain the finest military force in the world, we must continue to invest in priority missions of the future.&rdquo;