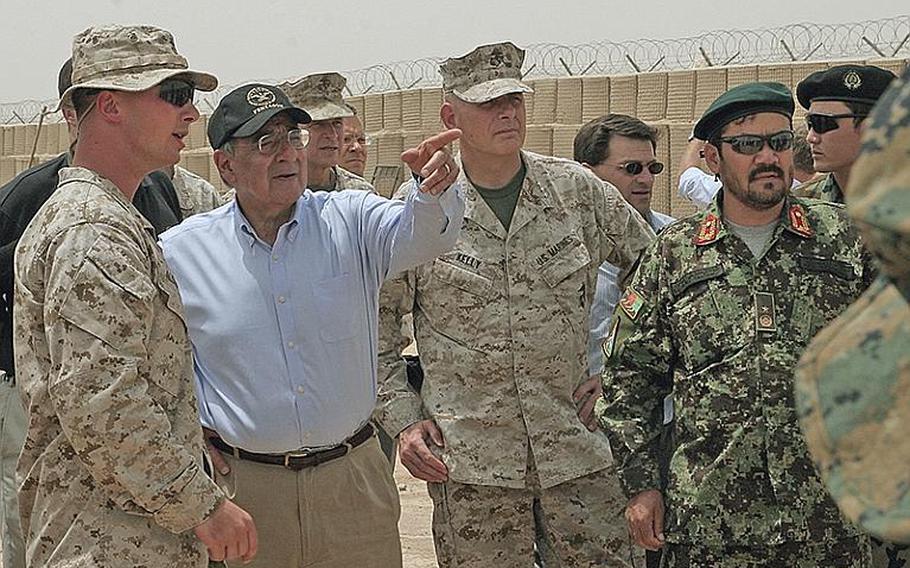 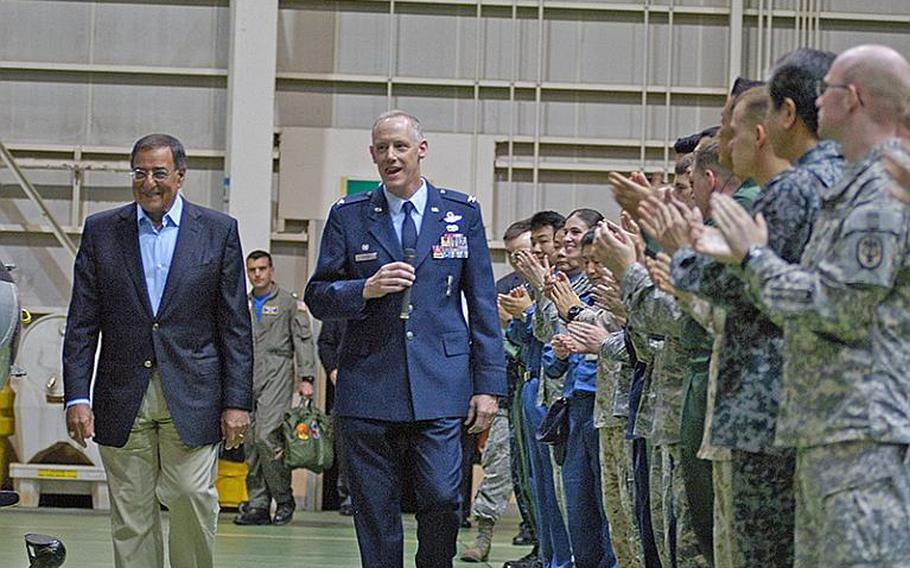 WASHINGTON — Leon Panetta left his mark through his actions on divisive social and equality questions that have haunted the Pentagon for years, but it’s less clear what his legacy as secretary of defense will be on a number of thorny, unresolved issues that came at him from outside the Defense Department.

Federal budget. The Pentagon budget ballooned after 9/11, and Panetta — who once headed the White House Office of Management and Budget — was expected to begin letting some air out of the growth rate when he took over in July 2011.

While he presented a budget package in early 2012 that would trim nearly $500 billion from expected defense spending over a decade, he also found himself in an increasingly apocalyptic fight against an additional $500 billion or more in automatic defense budget cuts that legislators had devised as motivation for themselves to find a way to control the federal deficit.

Called “sequestration,” the cuts were meant to be scary — slashing military programs and systems across the board. In speech after speech, Panetta railed against what he called a “meat axe” approach to budget cuts. As he prepares to retire, an ideologically gridlocked Congress has not found a way to defuse sequestration, nor has it enacted Panetta’s cuts in planned spending.

Afghanistan. In the early days of Panetta’s tenure, commanders in Afghanistan still spoke of taking U.S. surge forces that had poured into the country’s south — gaining substantial control of the so-called Taliban heartland — and using them to establish control in the violent east.

Instead, President Barack Obama committed to remove the 33,000 surge troops by late 2012 and steadily draw down the remaining troops. U.S. troops would increasingly focus on partnering with Afghan forces to train them to take over the fight against the Taliban before the withdrawal of NATO combat troops in December 2014. The strategy has been tested by a wave of insider attacks against NATO troops by Afghan forces, and by allied troops’ own missteps. In particular, the inadvertent burning of Qurans at a U.S.-run detention center in February 2012 damaged U.S.-Afghan relations.

As Panetta leaves his post, violence continues at essentially pre-surge levels across Afghanistan, but U.S. commanders insist Afghan forces will be ready to take over the fight.

The pivot. After a decade of grinding war in the Middle East, U.S. officials looked to the other side of the world when formulating a new defense strategy. “The United States remains a Pacific power,” Panetta said in October 2011 during a tour of Pacific rim countries.

Facing an invigorated and assertive China as well as other diplomatic and defense challenges in the region, Obama formally announced the pivot to the Pacific — or “realignment,” as the administration calls it — in January 2012. A new focus for the Pentagon was possible because of the impending end of Middle Eastern wars, officials declared. Skeptics, however, deemed that conclusion unrealistic given ongoing turmoil in Libya, Syria, Egypt and other parts of the region.

Entanglements. During 2011, the United States led the air war to destroy the defenses of Libyan dictator Moamar Gadhafi before receding into the background, and later completed a pullout of all U.S. troops from Iraq after almost nine years of fighting. Instead of jumping to take on new wars, Panetta has cautioned against an Israeli attack aimed at stopping Iran’s ongoing nuclear program for fear of sparking a war that could engulf the region.

Cyberthreats. Although many experts attribute the most successful known computer-based attack — the Stuxnet virus that wiped out Iranian nuclear fuel manufacturing equipment — at least in part to U.S. cyberwarriors, Panetta has loudly warned of cyberthreats to the United States.

To meet the threat, in the final days of Panetta’s tenure, the number of troops in the Pentagon’s Cyber Command reportedly will increase more than five-fold to 5,000.

In a worst-case scenario, he said, the homeland could face a “cyber Pearl Harbor,” with terrorists or hostile governments able to “virtually cripple this nation, to bring down the power grid system, to impact on our governmental systems, to impact on Wall Street on our financial systems, and literally to paralyze this country.”