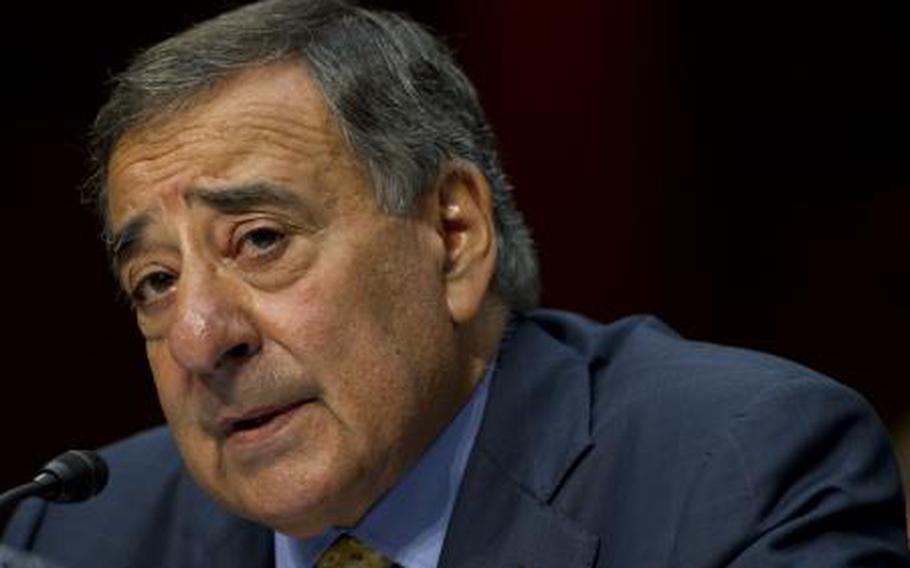 Secretary of Defense Leon E. Panetta testifies at a hearing of the Senate Armed Services Committee on the U.S. strategy in Afghanistan and Iraq, Sept. 22, 2011. (Courtesy of U.S. Defense Department)

WASHINGTON &mdash; In the face of a rising tide of criticism over the military&rsquo;s handling of reported sexual assaults, a Pentagon spokesman said Defense Secretary Leon Panetta is preparing orders that make ending this &ldquo;silent epidemic&rdquo; a top department priority.

&ldquo;He believes it is no longer acceptable that we say that we can just do better on this, [but] that we need to take action,&rdquo; Pentagon Press Secretary George Little said Friday. &ldquo;In the coming months, you will see him issue very direct guidance to the department on this very important issue and problem.&rdquo;

According to the Pentagon&rsquo;s estimate, the 3,158 sexual assault incidents reported in 2010 represented just more than 10 percent of those that actually occurred. The Defense Department has long been passive about the problems of underreporting as well as of botched rape investigations, victims and their advocates say.

Panetta and his staff are studying a range of aggressive actions to end the long-standing problems, Little said, but he declined to name specifics.

The decision, Little said, was spurred both by urging from senior DOD staff and by recent congressional and court actions.

Rep. Jackie Speier, a northern California Democrat, this week introduced legislation that would change the way alleged sex assaults in the military are investigated. Instead of remaining in the normal chain of command, the bill would require the investigations be handled by a new Sexual Assault Oversight and Response Office.

&ldquo;We owe our brave women and men in the military a justice system that protects them, not punishes them when they become victims of sexual assaults and rape committed by other service members,&rdquo; Speier said in a statement on her website.

A federal class action lawsuit filed early this year accuses the DOD under former secretaries Robert Gates and Donald Rumsfeld of failing to take steps to prevent assaults, and not taking seriously the need to investigate sexual assault allegations.

The lawsuit now includes dozens of men and women, some of whom say they were repeatedly raped and harassed while department leaders failed to take action.

Little said there would be no inaction with Panetta in charge.