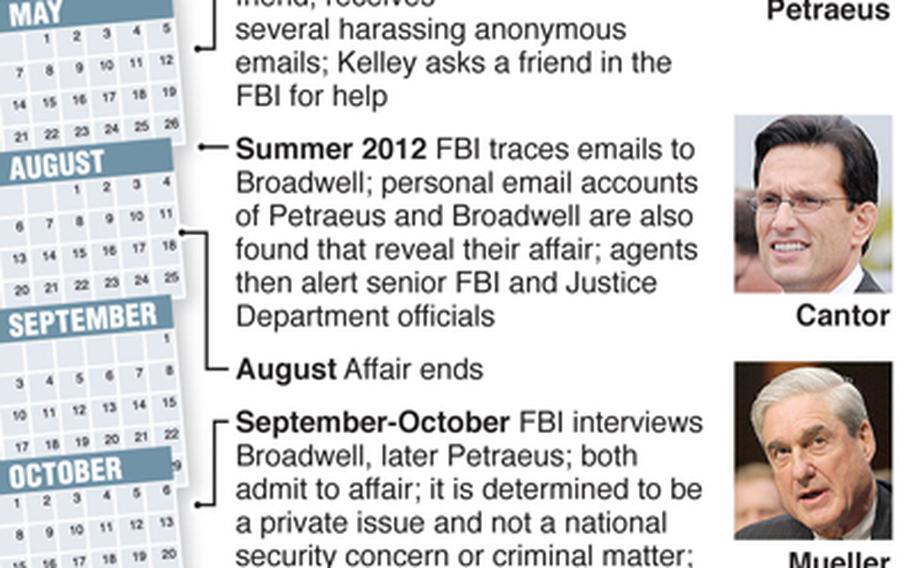 EN ROUTE TO PERTH, AUSTRALIA &mdash; Retired Gen. David Petraeus made the right decision to resign as CIA director amid revelations that he had an affair with his biographer, Defense Secretary Leon Panetta said Monday.

&ldquo;It was a very sad situation, to have a distinguished career like that end in this manner,&rdquo; said Panetta, who has also served as CIA director. &ldquo;But I think he took the right step. And I think it&rsquo;s important, when you&rsquo;re director of the CIA, with all the challenges that face you, that personal integrity comes first and foremost.&rdquo;

Now, he said, the CIA must stay the course and not get distracted by the scandal.

The timing has come under fire &mdash; particularly from members of Congress, who have asked why they weren&rsquo;t told before the election. The FBI had been investigating Petraeus for several weeks. He was scheduled to testify to Congress about the Benghazi attacks this week.

Panetta did not directly address the timing but said there is a responsibility to ensure that the &ldquo;intelligence committees are informed of issues that could affect the security of those intelligence operations.&rdquo;