Panel: What's the future role of US Army in Europe? 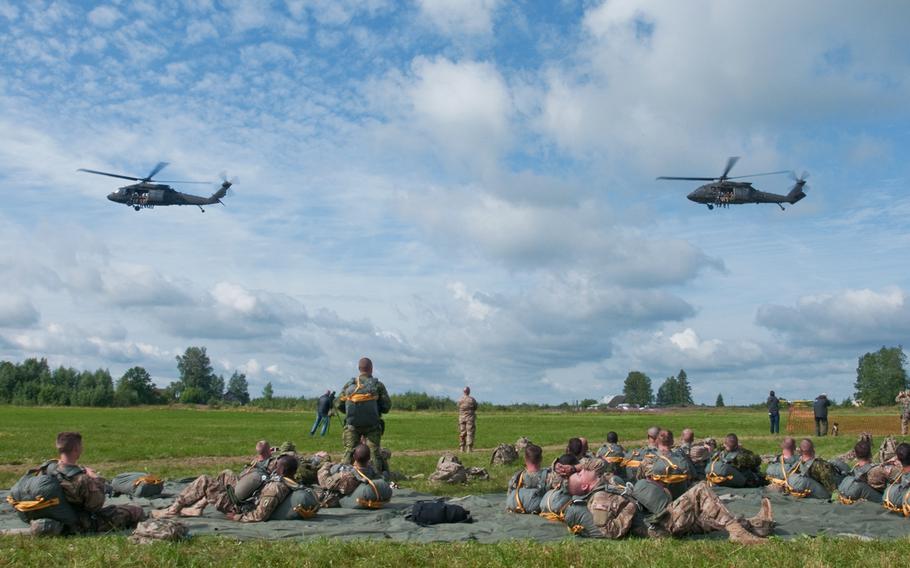 A panel appointed by Congress to examine the size and shape of the U.S. Army is now on a fact-finding mission in Europe to assess what role U.S. troops should have on the Continent in the years ahead.

The National Commission on the Future of the U.S. Army, headed by retired Army Gen. Carter Ham, was at U.S. Army Europe headquarters in Wiesbaden on Tuesday. It was headed to training grounds in Grafenwöhr on Wednesday to talk with leaders and make evaluations.

“Certainly, one of the things we’ve looked at is how quickly can the U.S. respond and what is the right balance of forces in Europe, both assigned and rotational,” said Ham, a former leader of U.S. Africa Command and USAREUR.

The commission, which was created by Congress through the 2015 National Defense Authorization Act, was tasked to conduct a comprehensive study on the organizational structure of the Army as the service shrinks because of fiscal constraints and the winding-down of the war in Afghanistan.

The commission will look at the structure and size of the force, determine the proper balance between the active and reserve components, and analyze how government policies will affect mission requirements.

“In order for us to render an opinion about that we feel we need to have a good understanding of what the commandant command requirements are,” Ham said.

Since the end of the Cold War, the Army presence in Europe has been in steady decline and now stands at about 30,000 soldiers.

To compensate for the cutbacks, the Army has become increasingly reliant on regionally aligned and rotational forces to help carry out the mission, which has expanded in the wake of Russia’s intervention in Ukraine last year.

Rotational forces have helped execute training missions that have focused heavily on NATO’s eastern flank in the Baltics.

While it is premature to say what the future size of the Army should be, “there certainly is an enduring role for the Army Europe,” Ham said.