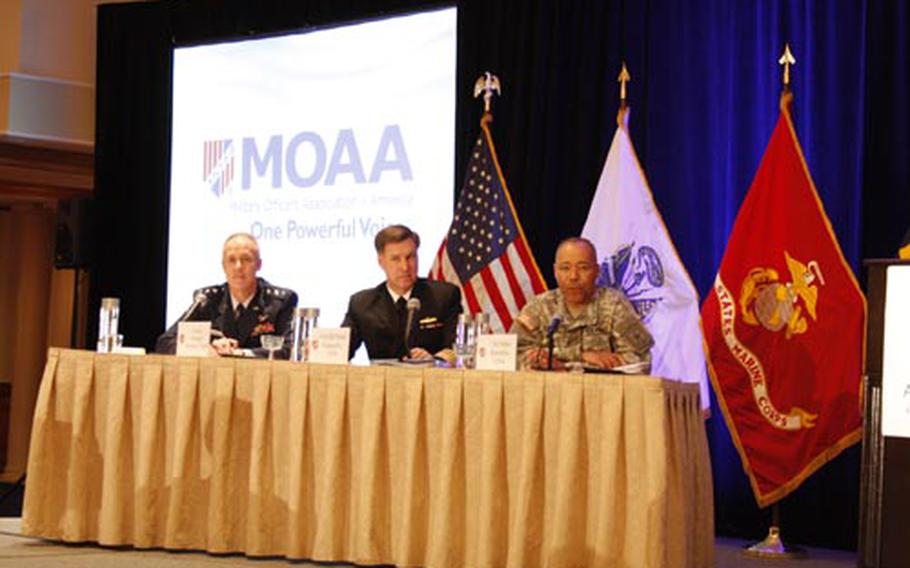 Gen. James Cartwright, vice chairman of the Joint Chiefs of Staff, told an audience of active and retired military at the annual Military Officers Association of America symposium that the recent economic downturn will put pressure on all branches of government to cut expenses.

That presents problems for the military in balancing health care costs, education support and other benefits with new, expensive vehicles and platforms. And, he said, at least in the short term that will mean more emphasis on equipment that is flexible and can support a host of different missions, like unmanned aerial vehicles.

"If we continue to try and strive for the exquisite on the material side to the expense of the adaptable, adjustable, modifiable, we&#8217;re going to be challenged," Cartwright said.

"We historically build our systems to a known threat. Where we are today is accepting the reality that the problems we&#8217;re going to face are unknown."

Ferguson and other service leaders said officials are studying ways to reduce those entitlement costs while searching for places to trim or eliminate weapons systems expenses.

Working closer with the commercial defense industry should produce some savings, they said, but delays or reductions in equipment production is also likely. Cuts in active-duty personnel will put more responsibility on Guardsmen and reservists, but also could lead to more benefits for them.

Alan Gropman, panel moderator and professor of national security at the National Defense University, said service leaders must be careful not to choose either benefits or platforms at the expense of the other, but find a balance between the two.

"Missions are achievable &#8230; but only with capable weapons and people," he said.