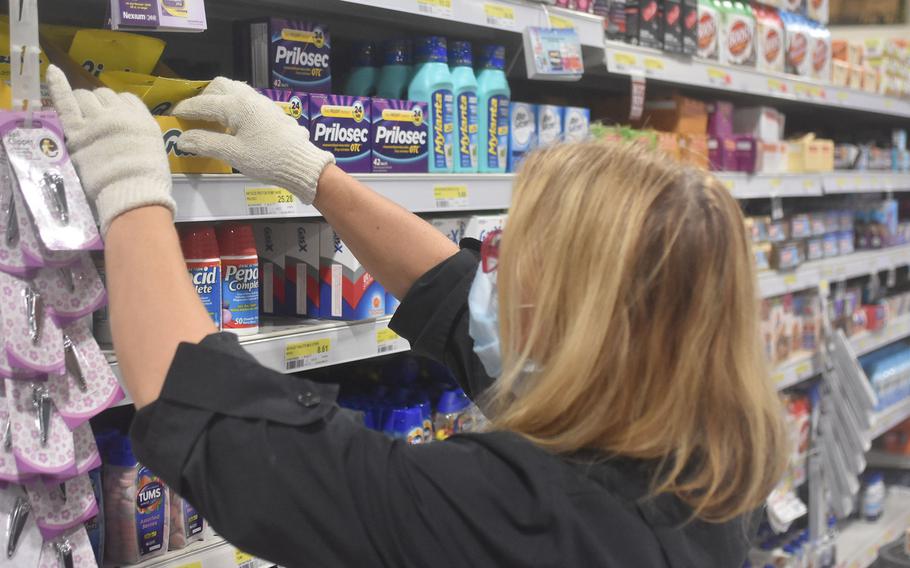 Buy Photo
Claudia De Luca Ceros checks stock in the medicine aisle at the commissary at Aviano Air Base, Italy, on May 10, 2020. Stockers have been put to the test at Aviano and elsewhere during huge sales for DECA during the coronavirus pandemic. (Kent Harris/Stars and Stripes)

Buy Photo
Claudia De Luca Ceros checks stock in the medicine aisle at the commissary at Aviano Air Base, Italy, on May 10, 2020. Stockers have been put to the test at Aviano and elsewhere during huge sales for DECA during the coronavirus pandemic. (Kent Harris/Stars and Stripes) 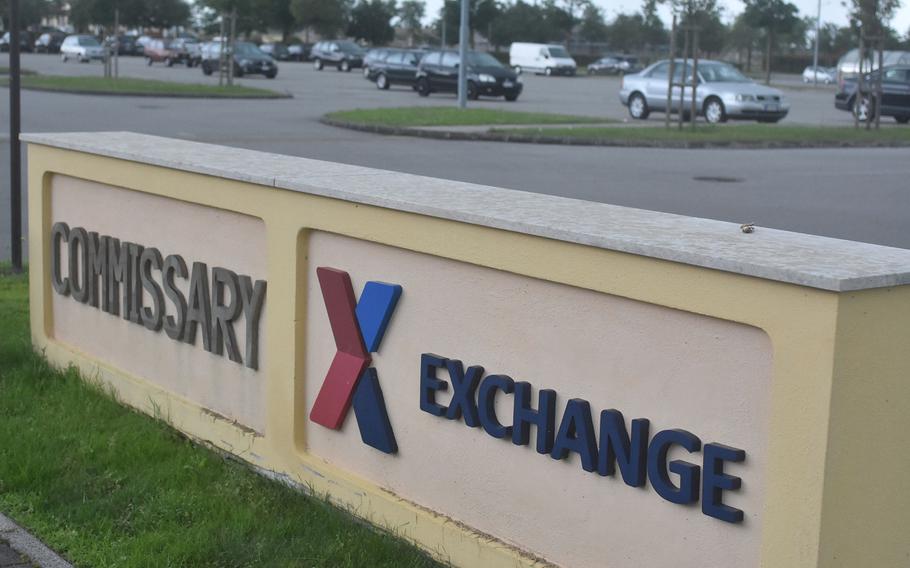 Buy Photo
The commissary and exchange are located in the same mall complex at Aviano Air Base, Italy. They haven't shared similar sales success during the coronavirus pandemic, though, with the DECA outlet recording an upswing and the AAFES store only fully reopening recently due to restrictions imposed by the Italian government. (Kent Harris/Stars and Stripes) 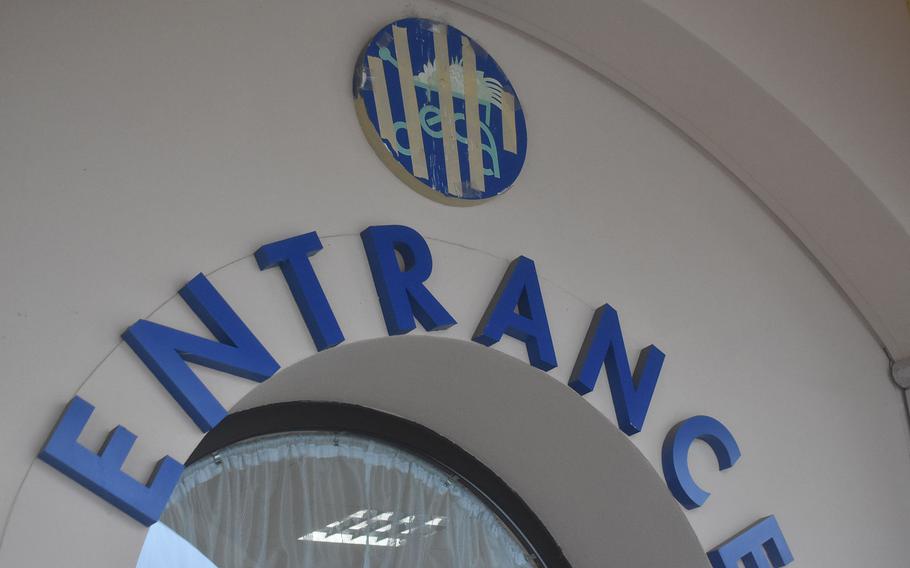 Buy Photo
Military shoppers left commissaries with carts full of groceries in March and April, leading to some of the agency's biggest sales days ever. (Kent Harris/Stars and Stripes) 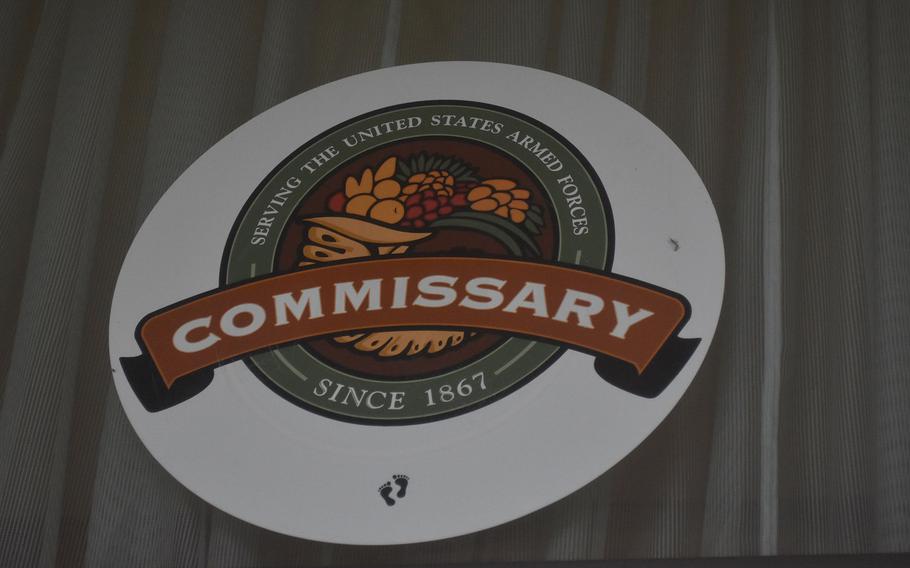 Buy Photo
The worldwide Defense Commissary Agency never had better sales than it did on March 13, 2020, largely due to shoppers stocking up because of the coronavirus pandemic. (Kent Harris/Stars and Stripes) 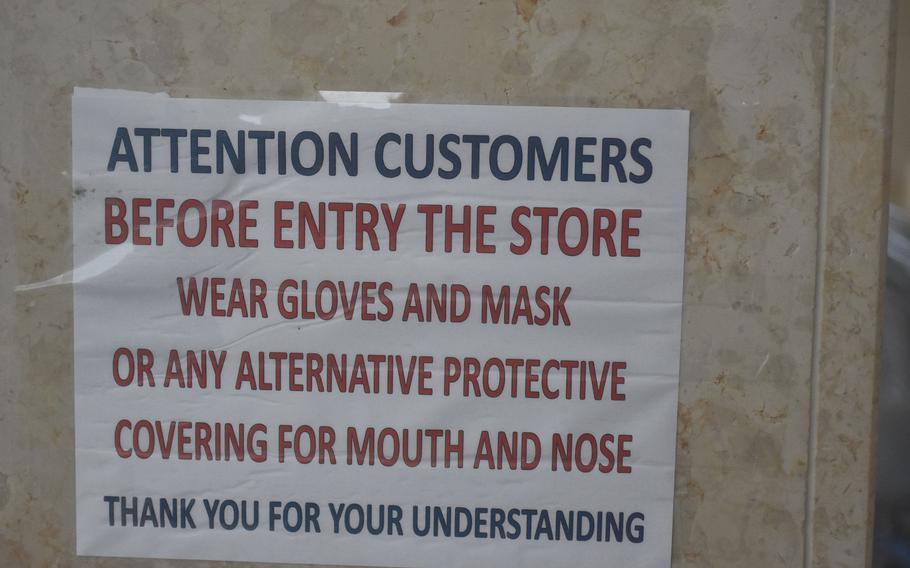 Buy Photo
Defense Department commissaries around the globe have required customers to comply with restrictions imposed by the coronavirus pandemic. (Kent Harris/Stars and Stripes) 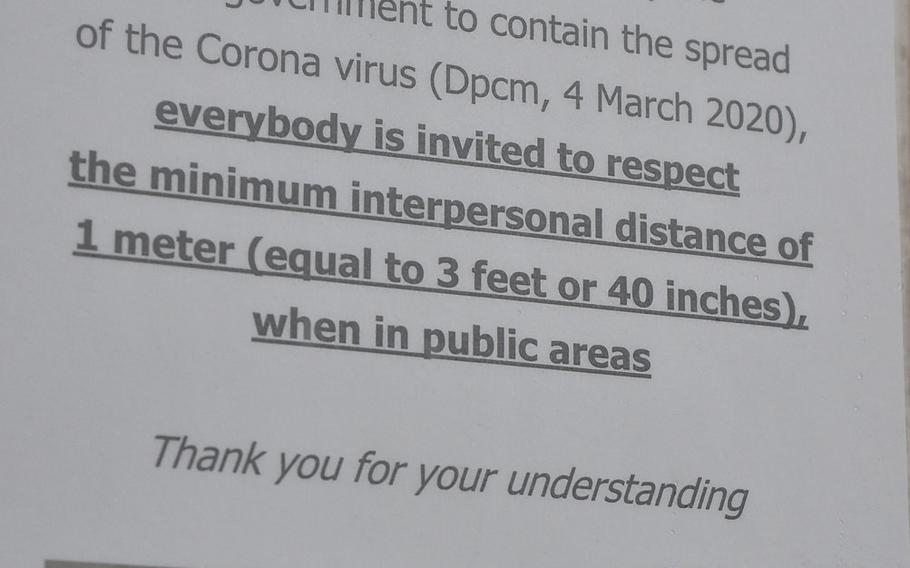 Buy Photo
In Italy, base commissaries have imposed a variety restrictions on customers since February, passing along rules laid down by the Italian government. (Kent Harris/Stars and Stripes)

March 13 was DeCA’s biggest sales day ever worldwide, and two other days that week ranked in the top 15 all time for the agency, which was established in 1990 in an effort to consolidate stores run separately by the services, in some cases for more than a century.

“It was crazy,” said Christine Davinich, commissary officer at Great Lakes Naval Station in Illinois. “It was an all-hands-on-deck experience.”

The second week of March was particularly busy.

“Every restaurant in the state was about to shut down, so there was probably some panic buying,” she said. “Every day was as busy as I’ve ever seen the store.”

The same picture generally played out at commissaries around the globe.

At Ramstein Air Base in Germany, the previous daily high for sales had been about $225,000, store director Kevin Kegler said.

“We just smashed that to pieces,” he said, pointing to two single-day totals in March that topped $320,000.

Ramstein topped DeCA in transactions in April and May, Kegler said, even outpacing stores that traditionally have much larger sales in the states.

They tapered off in April but still rose 8% over last year to almost $400 million. May figures were not available yet, Penrod said.

DeCA was the 86th largest retailer in the U.S. in 2019 in terms of sales, according to the National Retail Federation, with a total of $4.98 billion. The Army and Air Force Exchange Service was 62nd with $7.5 billion in sales.

The pandemic has been a lot tougher on AAFES. Many exchanges around the globe were shuttered or sales were limited during various restrictions imposed by state or host country governments.

Sales fell 7% in March from a year earlier, spokeswoman Julie Mitchell said. And it was worse in April, with a 20% decline.

“May sales are expected to show improvement vs. April 2020 but will likely remain below pre-COVID-19 levels,” Mitchell wrote in an email.

However, online sales are up 92% so far this year, she said.

DeCA did have some troubles, despite the high sales volume. Stockers had trouble keeping the shelves full, even with the assistance of active-duty volunteers at many locations. In some cases, stores had nothing to stock.

“The entire store got emptied,” at one point, Davinich said. “We put limits on basically everything.”

There are still lines most mornings to get into the store, Davinich said. But there are limits on only three types of products: sanitizers, cleaners and hand soap.

The store has implemented other changes, such as shopping hours exclusively for senior citizens. Every cart is sanitized between each use, and one-way aisles were established to help maintain social distancing.

In many locations, the number of store visits actually dropped, even as sales rose.

At Fort Ord in California, 20,504 customers shopped in April, a fall of more than 1,500 from the previous year, store director Alex King said. But sales still increased from $1.44 million to $1.76 million.

At other locations, the higher sales have meant restrictions on who can shop had to be imposed.

At Nellis Air Force Base in Nevada, only active-duty personnel, their families and mission-essential personnel have been allowed to shop since April 8, store director Richard Mears said in an email.

Store sales rose after groceries outside the fence started running out of products initially. The Nellis commissary eventually had to impose sales limits as well.

“This is something we will remember for many years to come,” Mears said.