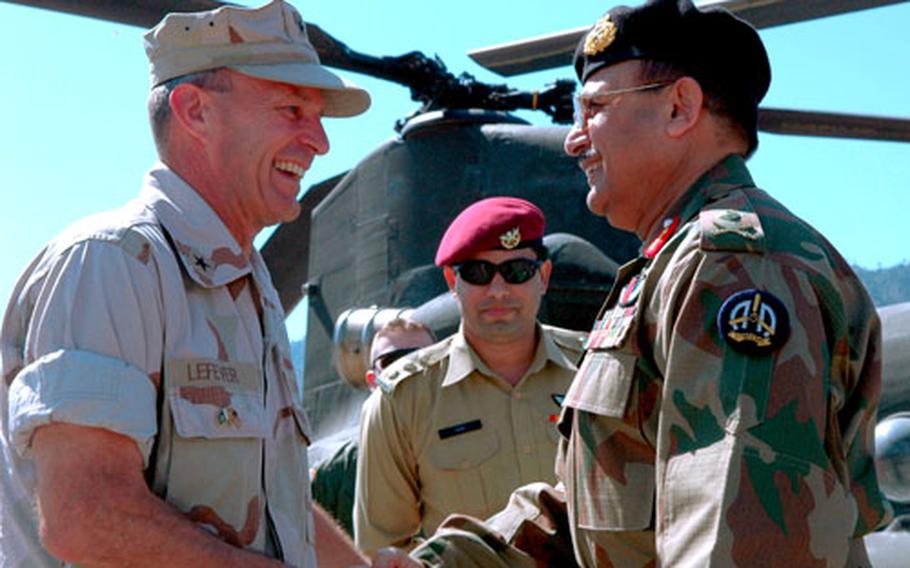 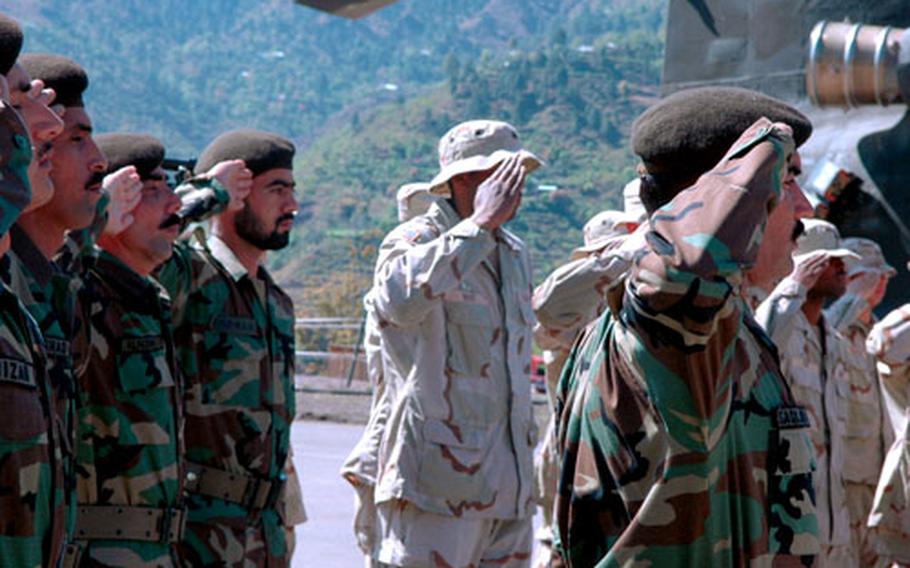 MUZAFFARABAD AIRFIELD, Pakistan &#8212; Just over five months after arriving to aid victims of the October earthquake, American soldiers on Tuesday handed the reins back to the Pakistani army in the area hit hardest by the quake.

Tuesday&#8217;s ceremony in Muzaffarabad was one of several transfer of authority ceremonies held this week. American forces are slated to depart Pakistan this week.

Maj. Gen. Javed Aslam Tahir, commander of Pakistani Army Aviation, said the Pakistani army will continue to use the refueling point for at least the next two months, as victims begin to rebuild their destroyed homes. He praised U.S. military efforts in helping earthquake victims. &#8220;I think the quickest response the world has ever seen was with this contingent,&#8221; Javed said. &#8220;I think this kind of response, the dedication shown by this contingent, is unparalleled.&#8221;

The refueling point, which pumped an average of 7,000 gallons of fuel daily, allowed the military to triple the number of supplies sent into earthquake-stricken areas, said Navy Rear Adm. Michael LeFever, commander of the Combined Disaster Assistance Center, Pakistan.

&#8220;This refueling station, what it represents is the lifeblood of the relief efforts,&#8221; LeFever said. &#8220;I cannot say enough about their dedication. It was their relentless efforts that made this possible.&#8221;

Maj. Tom Jessee, 39, a member of 1st Air Cavalry Brigade of the 1st Cavalry Division from Fort Hood, Texas, said this was his fourth humanitarian deployment in the past year &#8212; he deployed to hurricanes Katrina and Rita and was sent to Pakistan twice for earthquake relief missions.

Pakistani army 1st Lt. Hamid Riaz, 23, of the 87th Medium Artillery Battalion, said he did not think the relief effort could have been done without American military help.

&#8220;The people of Pakistan and the people of this area, I think they have a very good and positive impression of America,&#8221; he said.