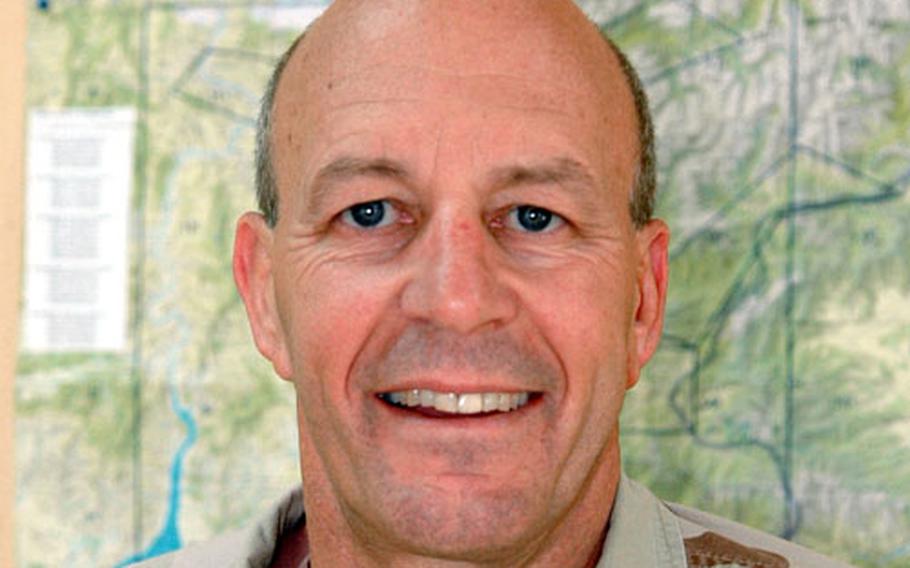 ISLAMABAD, Pakistan &#8212; As the American military prepares to end earthquake relief efforts in Pakistan, military leaders from both nations say the experience has provided a unique opportunity for the two disparate nations to work together for a common, humanitarian goal.

While the October earthquake &#8212; which registered a magnitude of 7.6 and killed nearly 75,000 people in Pakistan and India &#8212; was possibly the region&#8217;s worst-ever natural disaster, officials from both nations praised the subsequent relief effort.

&#8220;There has been nothing more rewarding than these six months in Pakistan,&#8221; said Navy Rear Adm. Michael LeFever, commander of the Combined Disaster Relief Center, Pakistan, which coordinated military aid for earthquake victims. &#8220;We accomplished so much for so many in so little time.&#8221;

Around Muzaffarabad, the area worst hit by the quake, where 43,000 people died and 70,000 were injured, the American-run, Germany-based 212th Mobile Army Surgical Hospital was especially appreciated.

&#8220;At a time when we needed doctors the most, there was no one available &#8230; it underscored the importance of the MASH,&#8221; said Brig. Gen. Khalid Nawaz, the Pakistani army 12th Heavy Mountain Division commander. &#8220;Most of the hospitals were razed to the ground. Most of my doctors were killed with their families.&#8221;

Pakistani officials said the speed with which the international community responded was essential. Servicemembers and relief workers from the U.S. Agency for International Development arrived at the earthquake site within 48 hours of the disaster.

&#8220;The relief came through so quickly that people had confidence they could live through the tragedy,&#8221; said Pakistani army Maj. Gen. Farooq Ahmed Khan, head of the post-earthquake Federal Relief Commission. &#8220;Most of the people stayed next to their broken houses, because they had confidence that the military and the medical services were available.&#8221;

&#8220;In the early stages, the Chinooks being able to fly at such high altitude, with such heavy weight, were key to success,&#8221; he said.

&#8220;We were added because we have tremendous capacity as one of the key enablers to help in this disaster.&#8221;

The people, LeFever said, were initially suspicious of American military presence. But he flatly disputed allegations that the relief effort had any other motives.

&#8220;If the United States would not have helped us in our hour of need, there are remote areas where the majority of people would have died,&#8221; said Nadim Ahmed, an English teacher from a mountain village near Bagh.

&#8220;The U.S. did so much help for humanity. &#8230; If you help humanity, there will be no extremism. There will be a soft corner in the heart of everyone. This is the first time the United States has so much helped the people.&#8221;