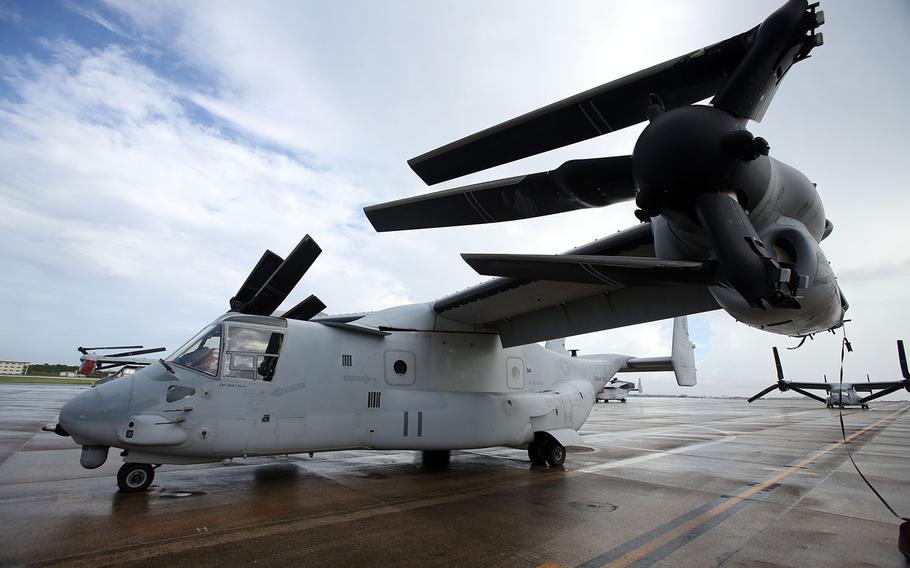 The helicopter-plane hybrid was returning to Futenma from Marine Corps Air Station Iwakuni, Ohkubo said. It departed Amami at about 7:19 p.m. after being given the green light to continue to its destination.

A crew of eight left behind at the airport was picked up by another Osprey just before 8 p.m.

Ohkubo said there were no runway closures because of the incident; however, three commercial aircraft experienced delays of 25 minutes.

The second incident involved another Futenma-based MV-22 making an emergency landing at Kadena Air Base, Okinawa, according to Japan’s Kyodo news agency.

Officials from Kadena Air Base’s 18th Wing declined to comment. Marine officials could not be reached on Wednesday evening.