Pair of 30-year DODDS teachers call it a career 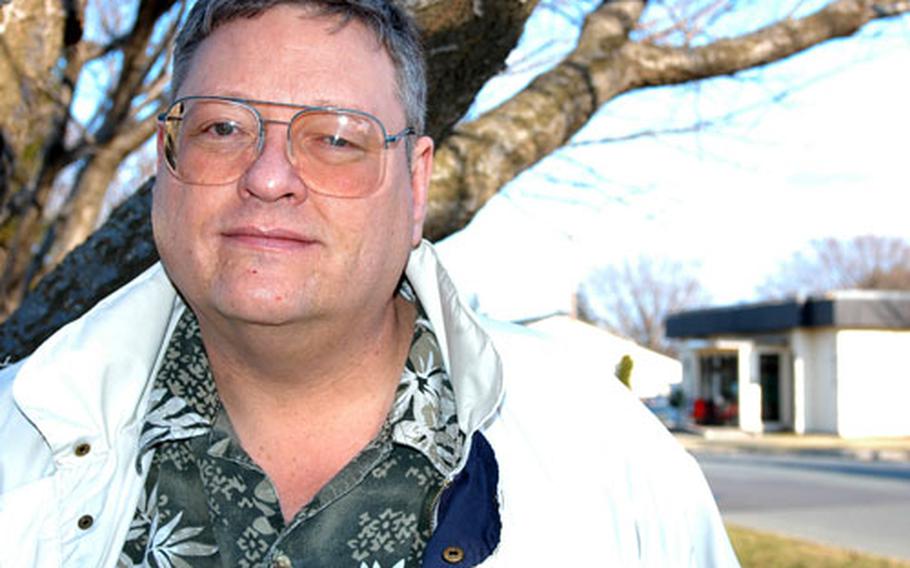 Ronald Betscher is retiring after more than 30 years working for Department of Defense Dependents Schools in the Pacific. He’s taught at Robert D. Edgren High School at Misawa Air Base, Japan, since 1991 and is a favorite among students. (Jennifer H. Svan / S&S)

Ronald Betscher is retiring after more than 30 years working for Department of Defense Dependents Schools in the Pacific. He’s taught at Robert D. Edgren High School at Misawa Air Base, Japan, since 1991 and is a favorite among students. (Jennifer H. Svan / S&S) 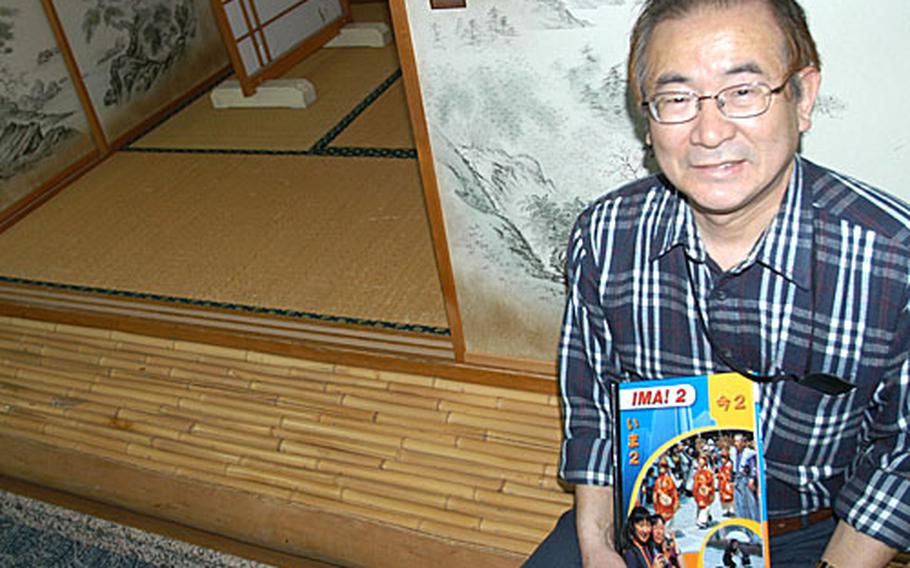 The final bell on the last day of classes next month will ring bittersweet for two Robert D. Edgren High School educators.

Ronald Betscher and Hirotoshi Mikami are retiring after a collective 60-plus years with Department of Defense Dependents Schools in the Pacific.

Mikami has been a fixture at Edgren since 1971, helping scores of American kids tackle kanji and Japanese conversation and guiding them on lifetime adventures throughout northern Japan.

Betscher&#8217;s career has taken him to the former Clark Air Base in the Philippines for three years and to Daegu, South Korea, the following 14 years.

He&#8217;s been at Edgren since 1991. Edgren seniors have selected him 11 times, including this year&#8217;s commencement, to be their graduation speaker.

Betscher and Mikami stayed at the front of the classroom even as dry-erase white boards replaced chalkboards; as standards-based education became the norm; as the names of their former students became too numerous to remember.

They simply loved to teach.

From homestays to &#8216;Mikami&#8217;s Quiz&#8217;Mikami was working at the base hospital in 1971 when a door opened at Edgren. The Japanese language and culture teacher he succeeded couldn&#8217;t maintain order in the classroom, Mikami said.

Students today are more interested in being bilingual as Japanese companies such as Toyota and Sony expand in the States.

Also, foreign language used to be an elective. Now it&#8217;s mandatory, drawing students with a wider variety of skills, he said.

Mikami&#8217;s classroom wasn&#8217;t confined to four walls. Through his &#8220;Discover Japan&#8221; club, he invited students to experience northern Japan through weekend and summer outings. He still takes students to Aomori&#8217;s Nebuta Festival, where they walk in costume with floats and stay with local families &#8212; all in the name of education.

Though Mikami is retiring, he wants to continue &#8220;helping Americans feel comfortable while they&#8217;re here&#8221; in a role yet to be determined.

&#8216;He&#8217;s just a really great teacher&#8217;Betscher answered an ad in Parade magazine. He was teaching in small-town Kansas and had the itch to see more. He went to teach German at Clark in the Philippines.

Wagner High School in 1973 was crowded, with dual sessions, an early start and a late start. The Vietnam War was winding down and people worked hard and played hard &#8212; as if there might be no tomorrow, Betscher recalled.

Quite a few pilots never came back from bombing runs, Betscher said. In 1975, an Air Force C-5 &#8212; part of Operation Babylift &#8212; crashed soon after takeoff from Saigon, killing 138, including 78 Vietnamese orphans.

After three years, Betscher transferred to Taegu American School. There he was the English department, teaching everyone from seventh to 12th grade.

Textbooks were traded every six weeks with Pusan American School &#8212; there weren&#8217;t enough to go around in the newly opened school. And his green plywood chalkboard &#8220;just ate the chalk,&#8221; Betscher said.

Throughout the years, Betscher has seen his share of changes. Standards-based education has been one of the better ones, he added.

&#8220;One thing about DODDS,&#8221; he said, &#8220;teachers have a lot of liberty and freedom within their classroom. We have realistic standards that are established and teachers are encouraged to get out the textbook to meet the standards rather than to allow the textbook to be the standard.&#8221;

Betscher will retire to Harrodsburg, Ky., where his son lives. His ideal day post-teaching will be &#8220;not having to listen for any bells, going to the bathroom when I want to, just the freedom for myself.&#8221;

&#8220;I look at retirement as just another duty station with hopefully less responsibilities,&#8221; he said.