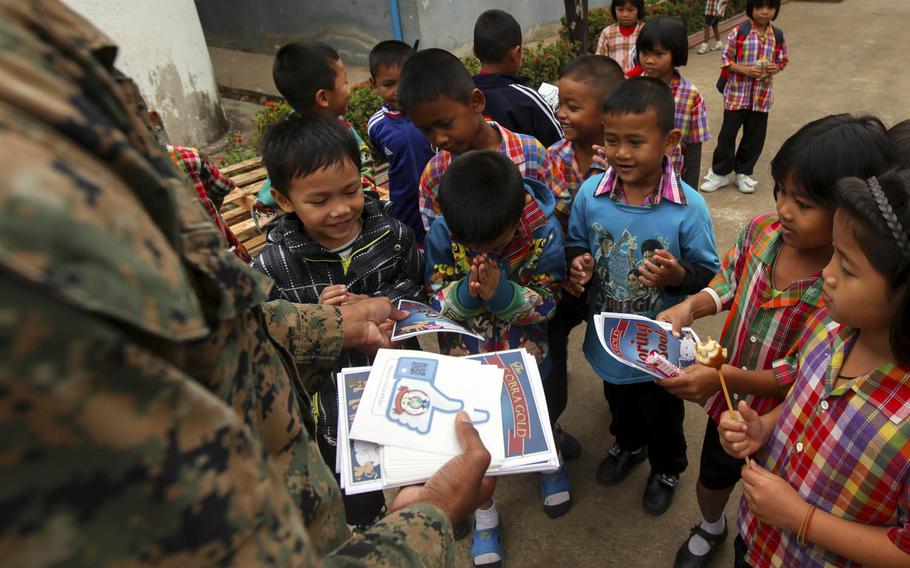 The head of Pacific Command called on Thailand to return to democracy, as one of the world’s largest multinational military events kicked off Tuesday.

Now in its 36th year, Cobra Gold includes more than 8,000 participants and observers from 29 countries, including 3,600 servicemembers from the United States.

"We look forward to Thailand's reemergence as a flourishing democracy because we need Thailand as a strong and stable ally," Adm. Harry Harris said Tuesday, according to The Associated Press. "We need Thailand to get back to being the regional and global leader that it always has been."

Harris is the highest-ranking American military official to visit Thailand since a 2014 coup put the country under military rule.

Under the U.S. Foreign Assistance Act, American forces are limited in the training they can conduct alongside nations that have overthrown a democratically elected government.

The coup has strained but not severed relations with Thailand, one of the United States’ security allies in the Western Pacific, along with the Philippines, Japan, South Korea, New Zealand and Australia.

"Folks, our alliance is a big deal," Harris said, according to AP. "Nations don't enter security treaty alliances lightly. It means we're in it for the long haul."

The U.S. values Thailand’s location and well-equipped bases as strategically critical, while Thailand values access to U.S. tactics and procedures.

The U.S. contingent at this year’s Cobra Gold is 7,000 fewer troops than the U.S. sent in the year prior to the coup, but an increase over the 3,300 who participated last year.

“Cobra Gold, like the 10-generation-long U.S.-Thai friendship from which it arose, has a long history and deep roots,” U.S. Ambassador to Thailand Glyn Davies said during the ceremony. The 11-day event includes an amphibious assault demonstration, staff exercise, senior leader seminar, humanitarian projects and other training.