PACOM Commander: Kim Jong Un will do a 'victory dance' if US troops leave S. Korea 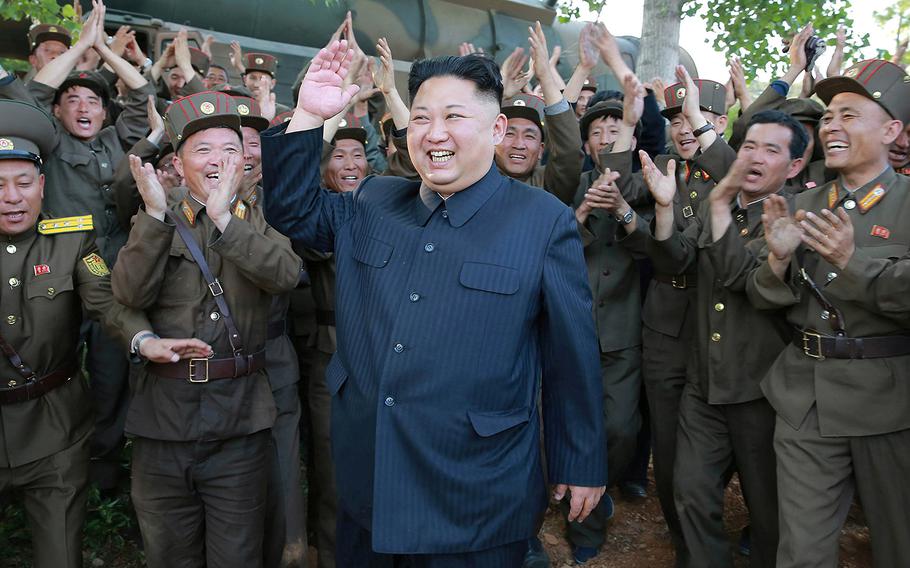 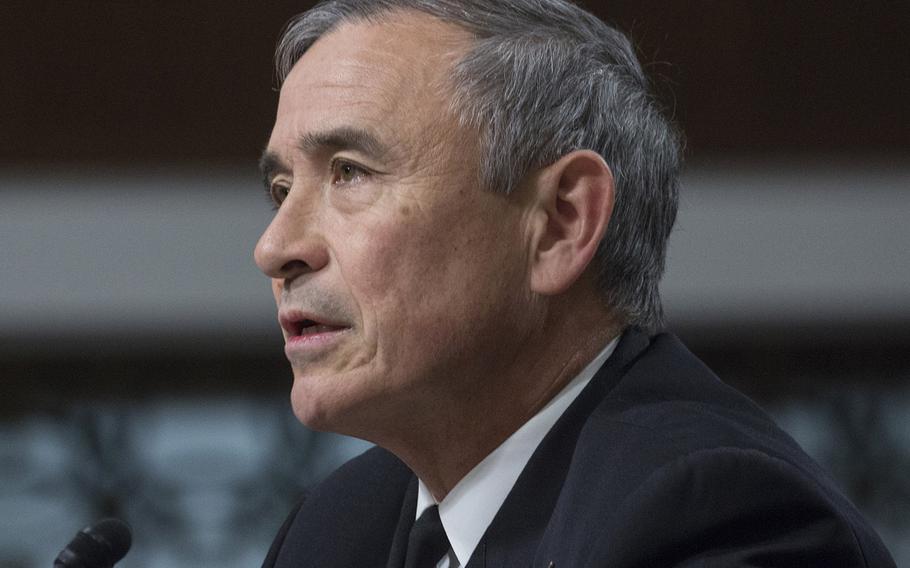 WASHINGTON — A day after President Donald Trump reportedly hinted at a withdrawal of U.S. troops from South Korea, the admiral in charge of Pacific Command warned Thursday such a move would be viewed as a win for North Korea.

“I believe [regime leader Kim Jong Un] would do a victory dance,” said Adm. Harry Harris, who is slated to retire this year and is Trump’s pick to be the next ambassador to Australia. “I think he’d be a happy man if we abdicated our alliance with South Korea and with Japan.”

The comments by Harris were part of a wide-ranging conversation with the Senate Armed Services Committee during a hearing to examine the military posture and security challenges in the Pacific region.

A day earlier, Trump told donors during a fundraiser in St. Louis that he wanted to be a smart trader and the United States is losing money in its trade relationship with South Korea, the Washington Post reported.

“We have a very big trade deficit with [South Korea], and we protect them,” Trump said, according to a transcript shared by the Post. “So we lose money on trade, and we lose money on the military. We have right now 32,000 soldiers on the border between North and South Korea. Let’s see what happens.”

During the Senate Armed Services Committee hearing Thursday, Harris also addressed talk of a controversial “bloody nose” strike against North Korea, saying no such plan for a limited, preemptive strike is in the works.

Media reports have pointed to support from some officials in the White House for such an attack against North Korea.

Harris said the United States must be ready to “do the whole thing” rather than a limited strike if there is a conflict. He estimated a conflict on the Korean peninsula could result in thousands of casualties.

Chaos at the State Department and the White House has some defense hawks on Capitol Hill worried about the impact on potential talks with North Korea. On Tuesday, Secretary of State Rex Tillerson was dismissed from his post as a wave of vacancies still dominate key diplomatic posts.

Sen. Jack Reed, D-R.I. and ranking Democrat on the committee, said the vacancies add to a long to-do list for the United States before successful talks with North Korea can take place.

“I am concerned that there is a very short window of time for all of this work to take place,” Reed said.

The Senate hearing also covered a scope of issues facing the military in the Pacific region, from a crucial need for hypersonic weapons to growing threats from Russia and China, which were highlighted as the new, major adversaries in the National Defense Strategy.

Russia, for example, is boosting operations throughout the Asia-Pacific region. In the north, Russia is growing its presence and influence in the Arctic Circle, where it has more bases than all other countries combined, Harris said.

There’s concern also that Russia will come to North Korea’s aid as a result of the U.S. sanctions against the Kim’s regime, said Sen. Angus King, I-Maine.

“I do believe they are trying to mess things up. I think they’ll meddle,” Harris said. “If the sanctions that are put in place over North Korea are too hard on North Korea… I believe that Russia will seek to relieve the pressure.”

The comments also follow Harris’ testimony before a House Armed Services Committee last month, when he submitted a 58-page prepared statement addressing a myriad of issues. In it, he said he believes Kim is angling for a unified Korean peninsula and he repeated that concern Thursday. He also reiterated the United States must do more to head off China’s efforts to take over as a dominate power.

In light of those concerns, the proposed 2019 military budget will go a long way to sending a new message from PACOM’s 375,000 servicemembers and civilian defense workers, Harris said.

“One of the principal problems we face in the region is overcoming the perception that United States is a declining or disinterested power,” the admiral said. The new budget “will send a strong signal… the U.S. is fully committed to preserving a free and open order in the Indo-Pacific.”