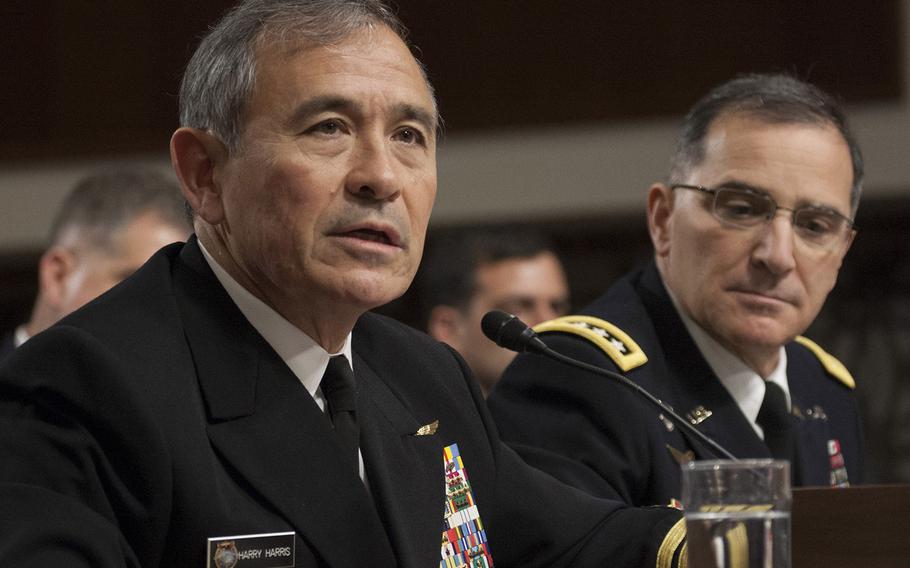 China has rapidly militarized both sets of islands, which it built on top of high coral reefs and other underwater land features. The islands now include three 10,000-foot runways, fighter jets and missiles.

The two freedom of navigation sails have not deterred China from continuing the buildup, but Harris said he thinks they are effective and more are needed. He would not say how many more or how frequently the sails should occur. Harris also would not say whether he had recommended additional sails that have not been supported in Washington.

He said the lack of sails was not reflective of any budget or resource constraints.

“Clearly, I have enough ships to do [freedom of navigation sails,]” Harris said.

He also said the rapid military buildup on the islands would not deter the United States from sending its high-value ships, such as aircraft carriers, into the region.

“The reach of some of their weapons is increased if they put them on their islands,” Harris said, though it would not keep U.S. ships from contesting the waters.

“Short of war, I am aware of the threat, I pay attention to the threat. But that is not going to prevent us from flying, sailing or operating wherever international law allows,” he said.