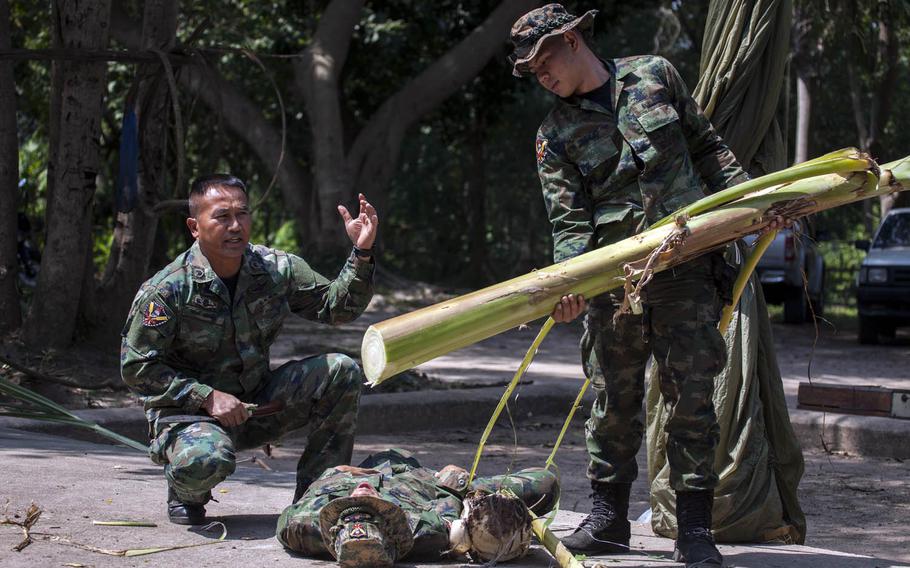 The opening ceremony for next month’s Cobra Gold exercise in Thailand will be attended by the head of Pacific Command, the highest-level U.S. officer to join the annual event since a military coup ousted the Southeast Asian nation’s government three years ago.

Some see Adm. Harry Harris’ attendance at the Feb. 14 opening for the 10-day drills as a thawing of post-coup U.S.-Thai relations.

“This is clearly a further step toward a renormalization of the security relationship,” said Gregory Poling, an Asia expert with the Center for Strategic and International Studies, a Washington-based think tank. “I think what PACOM is trying to do is send a message that we want to get over this hump.”

“It is not common for an officer of Adm. Harris’ rank to attend these sorts of events,” Gen. Thanchaiyan Srisuwan, head of Thailand’s Joint Chiefs of Staff, told Reuters. “It is a good signal for Thai-American relations and shows that the U.S. has given importance to this region and this exercise.”

The 2014 coup, led by Gen. Prayut Chan-o-cha, left U.S. officials in a quandary over participating in Cobra Gold, which began in 1982 and is among the largest exercises in which America participates.

The U.S. pressed the junta for a speedy return to elected government; however, the date for elections has been repeatedly pushed back.

In a gesture of its disapproval, the U.S. curtailed Cobra Gold participation in 2015, sending only 3,600 troops — about 7,000 fewer than the year before. Roughly the same number will participate this year, said Melissa Sweeney, spokeswoman for the U.S. embassy in Bangkok.

The U.S. will also continue to limit the exercise’s scope to humanitarian-assistance and disaster-relief drills and military medicine, Poling said.

“In addition to cutting the numbers after the coup, one of the things we did was decrease focus on the big amphibious landings of live-fire exercises that used to be the hallmark,” Poling said. “We’re still not there.”

In wake of the coup and U.S. criticism, China stepped up overtures for economic and military engagements with Thailand, said John M. Cole, a retired Army foreign area officer with 15 years of experience in the nation. He closely monitors the movement and promotions of Thai military personnel.

“I think the signs are there for perhaps some closer ties and maintenance of closer ties with America,” he said.

One encouraging indicator was the October appointment of Gen. Chalermchai Sitthisart to head the Thai Army, he said. The appointment of someone who had received U.S. special operations training “sent a signal” to the U.S. that the Thais were more interested in military relations with America than China, he said.

Poling dismisses the notion that the Thais were “somehow rushing into the arms of Beijing” over the U.S. downgrade of Cobra Gold in recent years.

“I don’t think anything could be further from the truth,” he said. “But we’re not going to get to a normal place again until Prayut and the junta step out of power. We just have to accept that. The goal now is to keep the working-level relationship as good as it can be.”