New Hercules to take on heavy lifting across Pacific in 2017 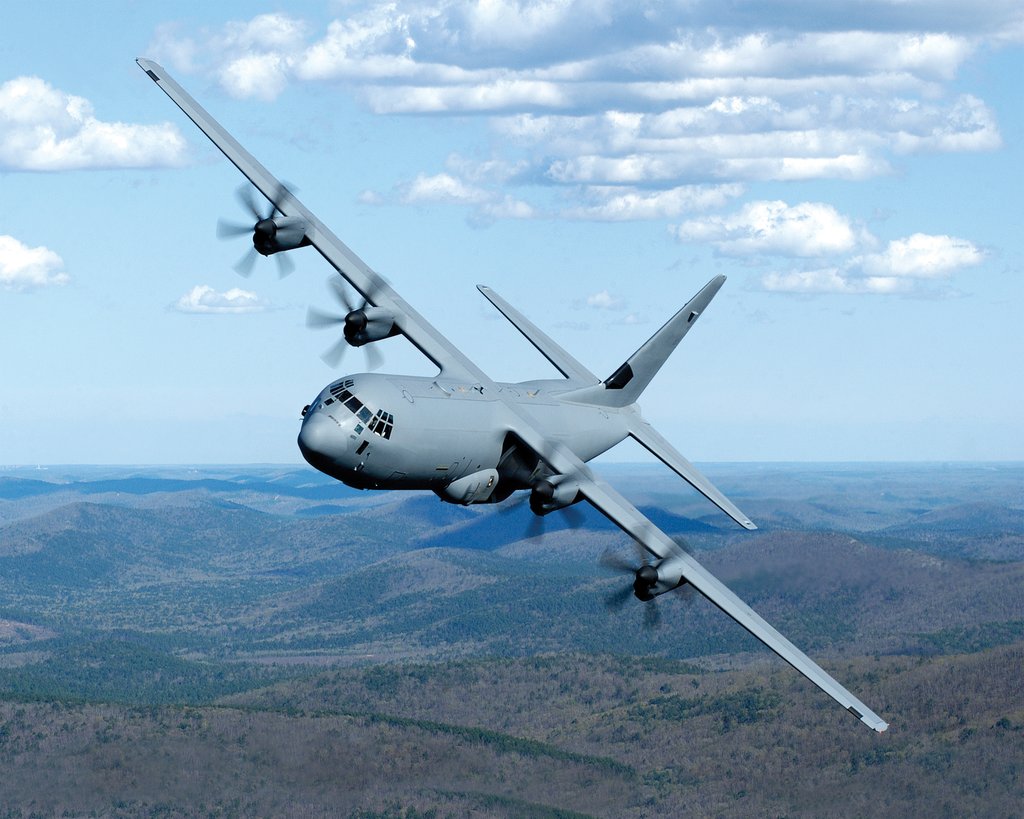 YOKOTA AIR BASE, Japan — The newest version of the Air Force’s C-130 Hercules transport is coming to Japan, where its increased cargo capacity, power and range should help in disaster relief and other missions across the Pacific, according to officials at Yokota Air Base and aircraft maker Lockheed-Martin.

“We’re looking at transitioning from our H-model (C-130s) to the (newer) J-models,” 374th Airlift Wing Vice Commander Col. Clarence Lukes Jr. said recently, adding that the C-130Js are scheduled to arrive at Yokota in 2017.

The 374th flies 14 C-130s on missions throughout the western Pacific. Aircraft from Yokota helped out after Japan’s 2011 earthquake and tsunami and Typhoon Haiyan in the Philippines a year ago.

The arrival of the new aircraft is in line with U.S. defense chiefs’ pledge to send their newest platforms to the Pacific as part of the Obama administration’s strategic rebalance to the region.

“It’s not about a shiny new plane,” he said. “It’s really about the operational capability they gain with this aircraft compared to the older versions.”

The C-130J can fly about 3,000 miles in windless conditions — about the same as the C-130H with external fuel tanks, Gallogly said.

“The average person, when they look at the aircraft from the outside, will notice it is a little longer (15 extra feet), and the propellers have six blades instead of four,” he said. “But you won’t notice anything more. For the crewmembers, it has the look and feel of a Herc, but when you push the throttle, you notice the power.”

The extra power allows the aircraft to climb more steeply, he said. “This is a very powerful beast, and power can make up for a lot of mistakes and get you into a lot more places.”

Other improvements make the plane more efficient in combat. For example, the cargo bay can be quickly reconfigured to handle cargo or passengers, cutting down time in hostile environments.

The propellers can be placed in “hotel mode” on the flight line — a process that disconnects them from the engines, which can be left running without kicking up dirt and debris from propeller wash, Gallogly said.

“Navigation tools such as a moving map display add to the situational awareness of the pilots,” he said. “You don’t need the navigator.”

Likewise, computers and sensors have replaced engineers. The aircraft alerts crew to mechanical faults and often fixes them automatically. At times, pilots must follow emergency checklists read by loadmasters to verify and correct issues in flight, he said.

During their first combat deployments — to Iraq and Afghanistan in 2005 — C-130Js performed so well that they were immediately sent back to the desert, said Gallogly, who flew missions in the aircraft at the time.

“I was a skeptic at first,” he said. “I thought we were getting too fancy. I questioned the reduced crew complement for low-level flying and combat.”

The performance of the aircraft quickly erased those concerns, he said. “In Afghanistan at high altitude, the H models could get in and out of airfields, but they could only carry limited cargo — a couple of pallets at most,” Gallogly said. “The J models can go to these locations fully loaded.”

More power and cargo space mean two C-130Js can do the job of three C-130Hs. For example, two of the aircraft were able to move a Marine unit comprising 125 personnel, gear and vehicles during the 2005 deployment, he said.

“Every time these airplanes go into hostile fire, you are sending two instead of three,” Gallogly added.

Instead of exposing 18 crewmembers to a threat during a typical mission commanders need to send only eight, with flow-on effects for things like lodging and food, he said.

Lockheed Martin estimates that — due to the fuel and personnel savings — the C-130J costs 30 percent less to operate than its predecessor, Gallogly said.

“Any weapons system that can operate as efficiently or more efficiently with fewer people is a boon,” he said.

Cossa said that as long as the Air Force is run by fighter pilots, it will be reluctant to cut pilot positions, but that there’s probably less resistance to replacing C-130 crewmembers with automated systems.

Afghans to receive first C-130 aircraft from US Air Force

Seventeen teams of troops organized to support vaccine efforts throughout US

Would you like fries with that? Soldier reenlists in front of overseas McDonald’s

Twentynine Palms Marine arrested on suspicion of abducting, having sex with teen he met online