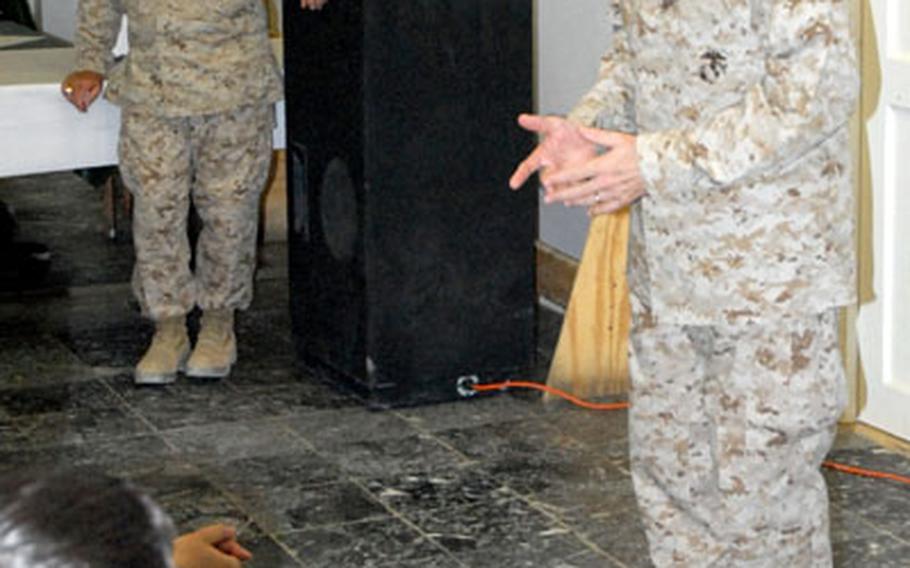 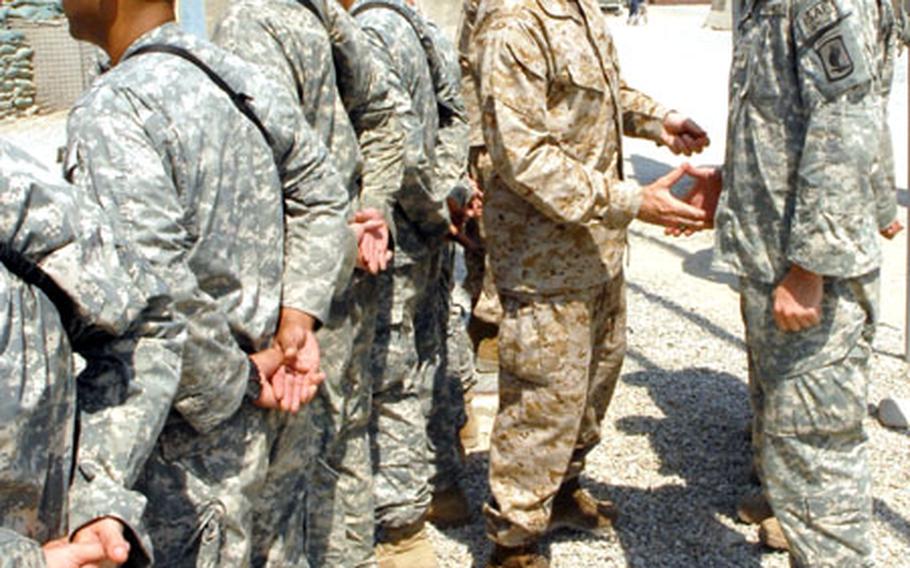 Not according to Gen. Peter Pace.

And, he said while visiting troops in Afghanistan, tour lengths could return to 12 months by the spring.

Pace visited Forward Operating Base Fenty as part of a week-long farewell tour in Iraq and Afghanistan before before he retires at the end of September.

In fact, Pace said, if Afghanistan and Iraq remain the military&#8217;s focus, he and the other top brass will stick to a plan that will reduce 15-month deployments to 12 in early 2008, meaning the next active-duty rotations will be away from home for only a year, with more reductions to follow after that.

Also addressing the issue of the drawdown of U.S. forces in Afghanistan, Pace said, &#8220;We are going to see an increase of troop strength in Afghanistan to help the Afghan army before we see a decrease.&#8221;

After a few more stops in Afghanistan, Pace said he&#8217;s heading to Germany to address family members there, specifically those whose loved ones have been affected by the active-duty tour extension.

&#8220;The families serve this nation as well as anybody in uniform, and I want to make sure that we respect them in as many ways as possible, to include standing in front of them, thanking them and answering their questions for what I intend on doing,&#8221; Pace said.