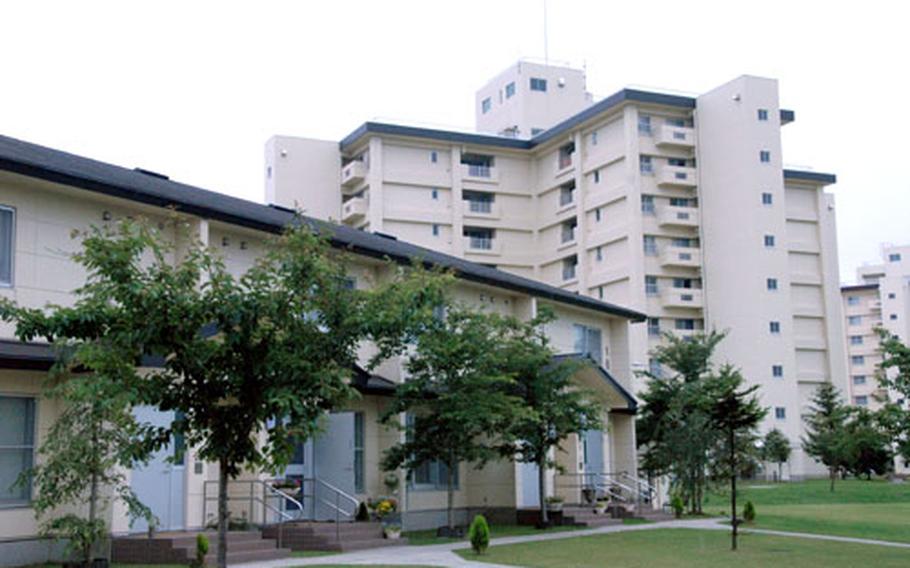 Tower apartments and ground-style housing like these at Misawa Air Base are common at U.S. military bases in Japan. (T.D. Flack / S&S)

YOKOTA AIR BASE, Japan — The Air Force in the Pacific is implementing a servicewide policy aimed at finding out if any registered sex offenders are living on its bases.

The policy requires servicemembers and Air Force employees who are applying for or who are living in base housing to fill out a disclosure form. Any servicemembers or dependents who are registered sex offenders must submit documentation detailing the offense.

Commanders can use the information to deny government housing or restrict registered sex offenders from living near playgrounds, day care centers and schools on base.

It’s unlikely a servicemember would remain on active duty after a court-martial conviction on a sex offense. But military family members and civilian employees who often have access to base housing can slip through the cracks.

The new policy is part of a greater military-wide effort to make it harder for convicted sex offenders to live in base housing. It is significant for overseas bases, which currently lack public sex offender registries and notification laws that are common in the United States.

“Though it applies to all the PACAF bases, it is specifically aimed at the bases in foreign countries where similar host-nation disclosure policies do not exist,” PACAF spokeswoman Capt. Kimberly Bender said.

“PACAF bases are developing localized processes to implement the policy specific to their locations,” she said.

For example, Yokota — one of five main Air Force bases in the Pacific — distributed the notice to all personnel, not just those who reside on base.

Convicted sex offenders who already occupy base housing could be evicted, barred from base or both.

Bases in the U.S. and Europe already have implemented the policy, which took effect last August.

The DOD Inspector General is auditing the military’s compliance with the federal Sex Offender Registration and Notification Act of 2006, which created a national sex offender registry and instructs states and territories to apply identical criteria for posting offender data online.

Pending legislation would create a DOD central database of all military members convicted of sexual assault that would include a photograph of the individual, criminal history and a DNA sample. The information would be shared with a national sex offender registry.

The Air Force does not disclose specifics about registered sex offenders, such as the offense or where the person lives, and would be unlikely to do so. However, the service is also working to implement a policy that will give senior mission commanders the authority to publicize the names of sex offenders within their command.

The Navy and Marine Corps have prohibited any sailors, Marines or sponsored family members who are sex offenders from being assigned overseas, absent a waiver. Those services also prohibit sex offenders from occupying base housing, in line with guidance issued in 2008.

The Army is also evaluating whether to screen military households for convicted sex offenders before moving them overseas.