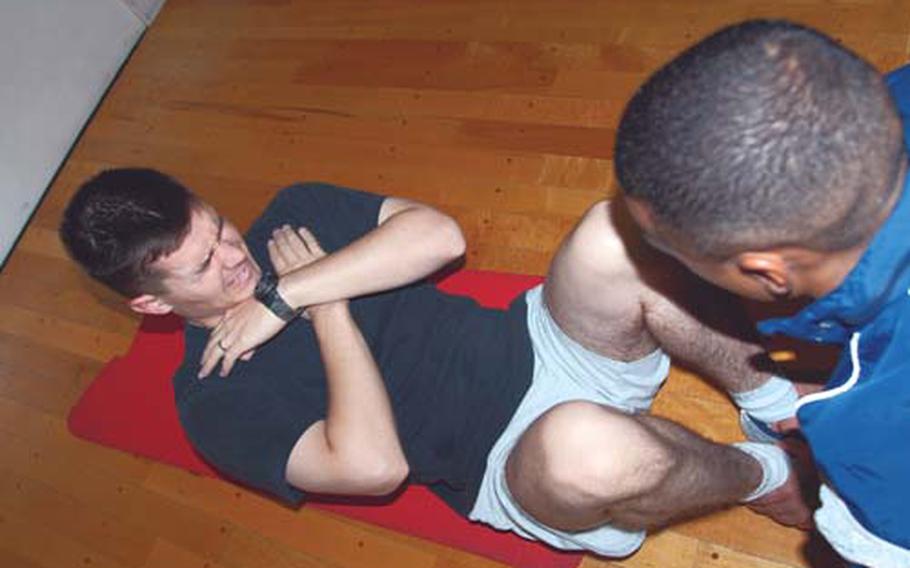 By March 1, 2009, responsibility for the program will be transferred from individual units to the centralized base Health and Wellness Centers at bases in the Pacific, according to a PACAF command directive issued last week.

The Air Force Audit Agency found that at 13 locations &#8212; including Kadena Air Base, Okinawa, and Elmendorf Air Force Base, Alaska &#8212; commanders did not always allow the 90 minutes of required individual fitness activity during duty time or take administrative action for substandard fitness tests.

For example, the audit found that out of 491 airmen with substandard fitness scores, 222 of them did not attend a required fitness and nutrition training class.

The audit also found that 80 percent of those who failed testing twice or more never went before a fitness review panel.

The audit found that of 321 airmen reviewed, 111 of them gained roughly 3 inches in the stomach area and 9 pounds within 60 days of the annual fitness test.

Under the changes, Health and Wellness Center staff will oversee the fitness program and provide annual and follow-up testing; remedial training; and medical, nutritional and educational appointments for airmen who need it, according to an Air Force news release.

The move is expected to decrease the administrative duties of units, the news release said.

"By shifting program administration to the HAWC, units can better focus on programs and activities that help all airmen maintain a healthy lifestyle and meet Air Force standards," Chandler said in a letter to Pacific wing commanders.

Physical training leaders will continue to support unit fitness programs, but administrative and testing will be the responsibility of base HAWCs, the letter said.

PACAF will provide funding for two or three civilian personnel at each base to help implement and operate the revised programs, the letter said.