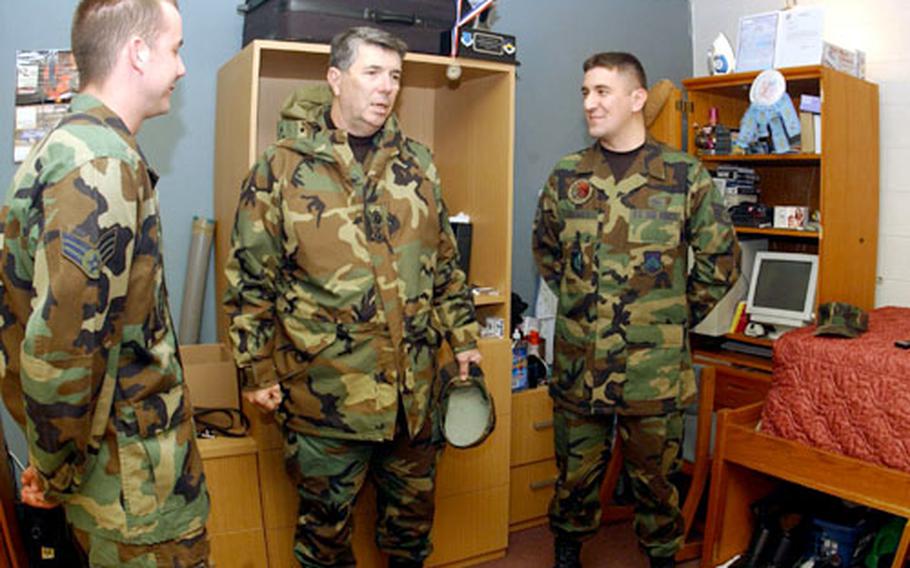 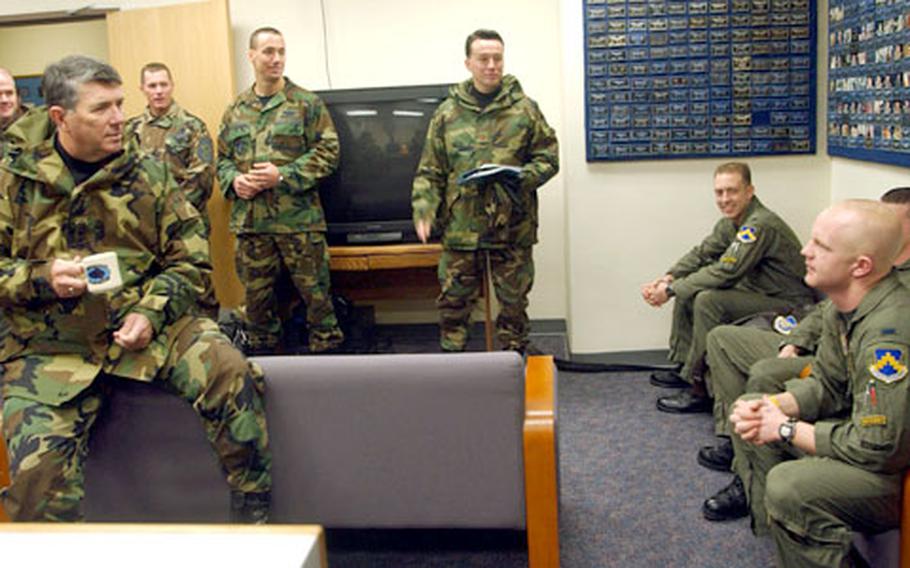 PYONGTAEK, South Korea &#8212; The general who heads the U.S. Air Force in the Pacific was visiting several air bases in the theater this week, meeting airmen and getting a firsthand look at the units and their day-to-day needs and operations.

Hester&#8217;s scheduled South Korea visits were to Kunsan and Osan air bases; Kwangju Air Base, a South Korean air force base at which some U.S. Air Force and Army troops are stationed; and to Andersen Air Force Base on Guam, officials said.

In visiting Kunsan on Tuesday, Hester was able to &#8220;see the challenges that are associated with that mission out there,&#8221; said Capt. Dave Faggard, a PACAF spokesman.

Hester questioned Wolf Pack members about their weapons systems, including the targeting pods used with their F-16 fighter jets.

&#8220;He wanted to know how many targeting pods we had, if it was adequate,&#8221; said Lt. Col. Julian Chesnutt, 80th Fighter Squadron director of operations. &#8220;He also asked about our experience level of our pilots, if we were getting the appropriate number of instructor pilots and so forth. It was very specific and very operational,&#8221; Chesnutt said.

But Hester also took time to meet junior enlisted airmen, some of whom joined him for lunch at the on-base Loring Club.

&#8220;He talked to us all, he kind of let us ask questions during the lunch, and answer some questions we might have,&#8221; said Senior Airman Melissia Wells, a life support technician with the 80th Fighter Squadron.

&#8220;The benefit is two-fold,&#8221; Miller said. &#8220;He gets a better understanding of what&#8217;s going on out there at the worker level, and the workers themselves get to see that he is concerned that he has their interests in mind, and that those interests are considered when it comes to high-level decisions.