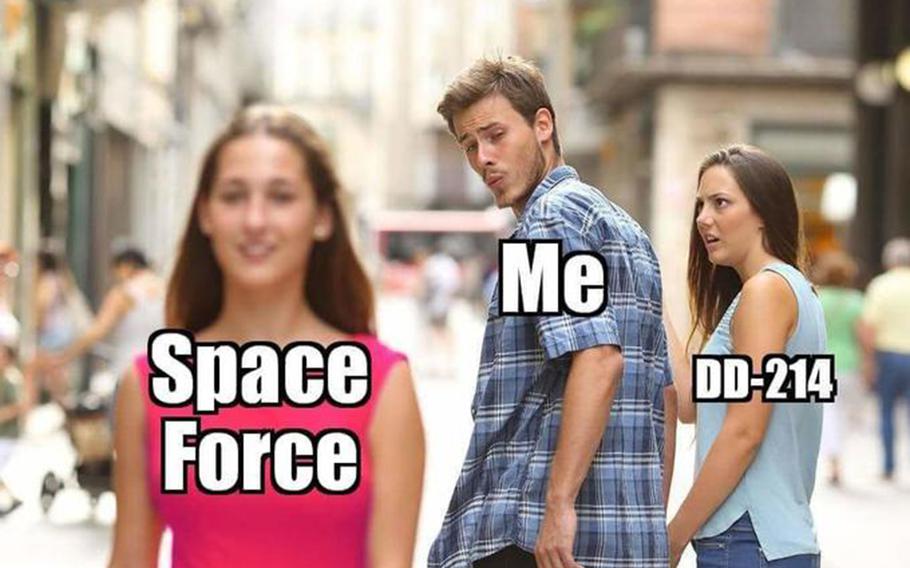 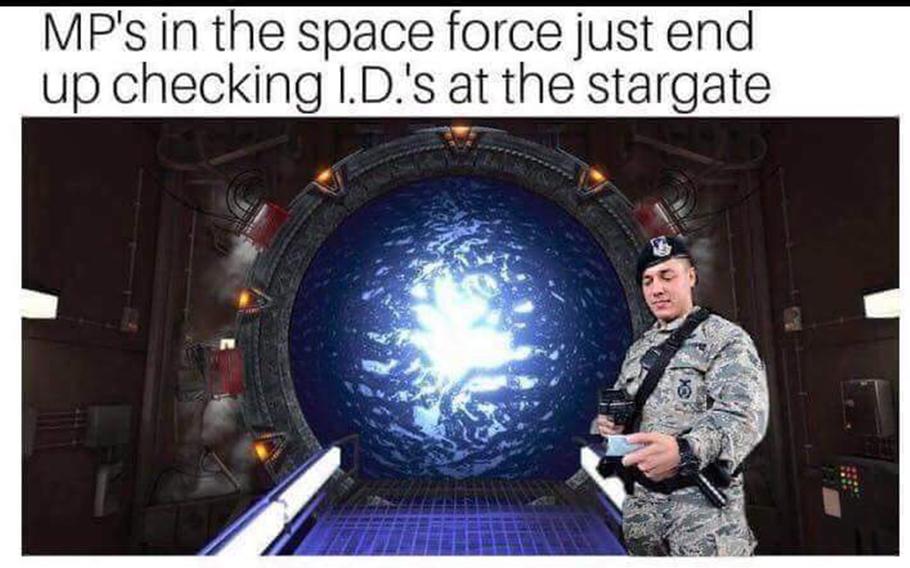 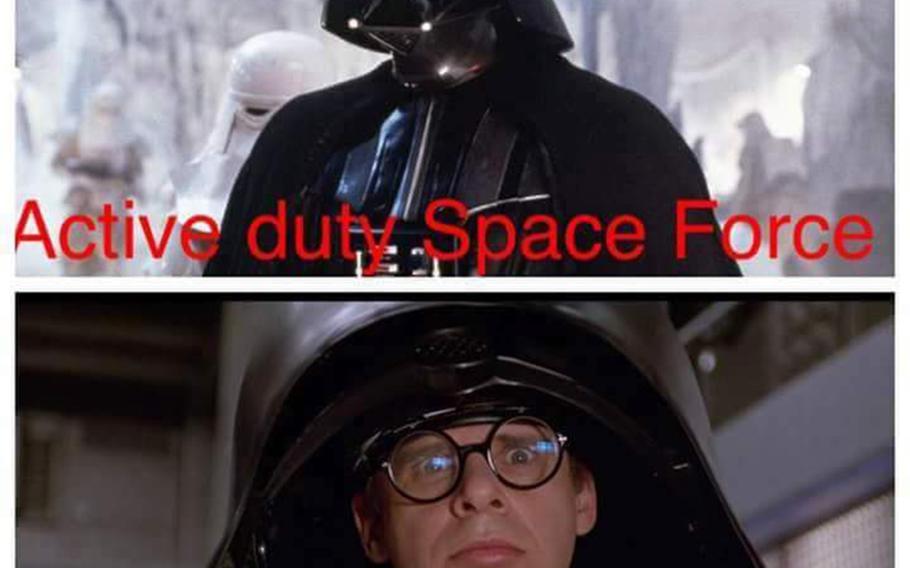 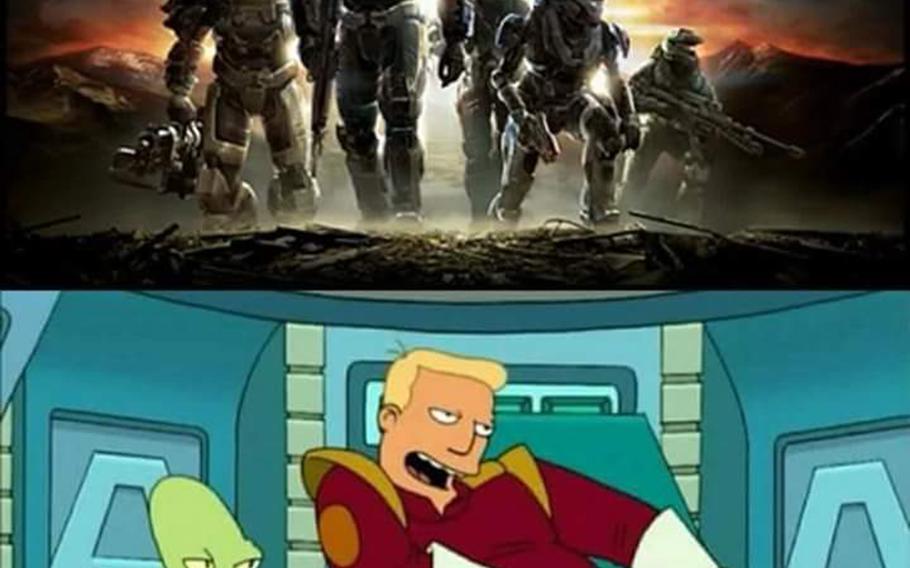 Zapp that expectation “My favorite was an expectations versus reality where the expectation was a scene from ‘Halo: ODST’ [a popular video game featuring troops who skydive into battle from orbit] and the reality just showed Zapp Brannigan [the incompetent cartoon starship commander from ‘Futurama’],” he said.

DD-214 Marine Sgt. Tyler Barnes, a gear manager with Marine Fighter Attack Squadron 212 at Iwakuni, got a kick out of a digitally altered image that’s going around of a guy staring at another woman while walking with his girlfriend. The girlfriend in the meme is labeled “DD-214” (the form troops get when they become a civilian) or “re-enlistment” and the other woman is labeled “Space Force.”

P.T. in space Another joker speculated that there won’t be physical training for space troops because it’s impossible to be overweight in zero gravity.

The more things change... One meme shows an airman checking identification cards in front of a “Stargate.”

Military personnel have a history of making fun of each other’s service branches, and service-related memes have populated social media for years. It appears that the Space Force would be no different.

“We already bash on each other as it is, and this (Space Force) just gave us something else to bash on,” Barnes said.

Stars and Stripes reporter Leon Cook contributed to this story.