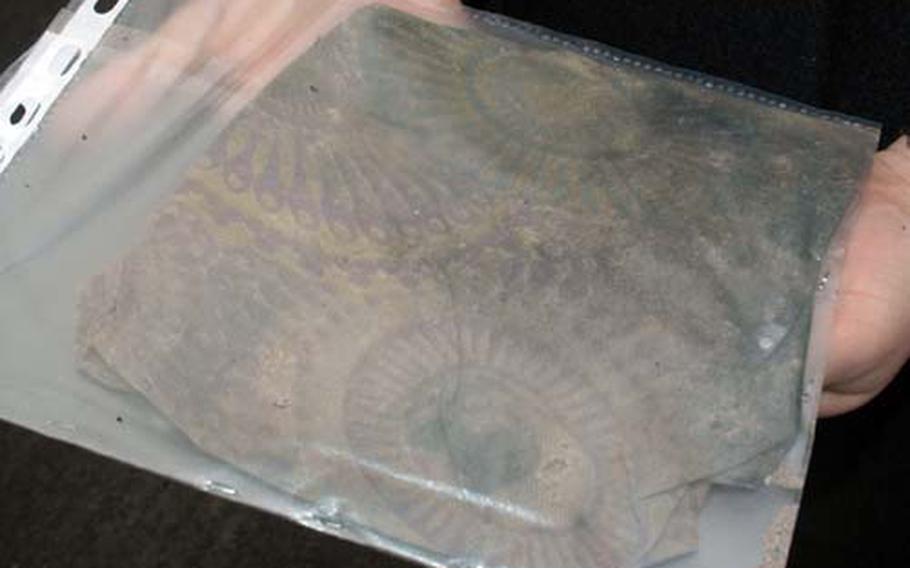 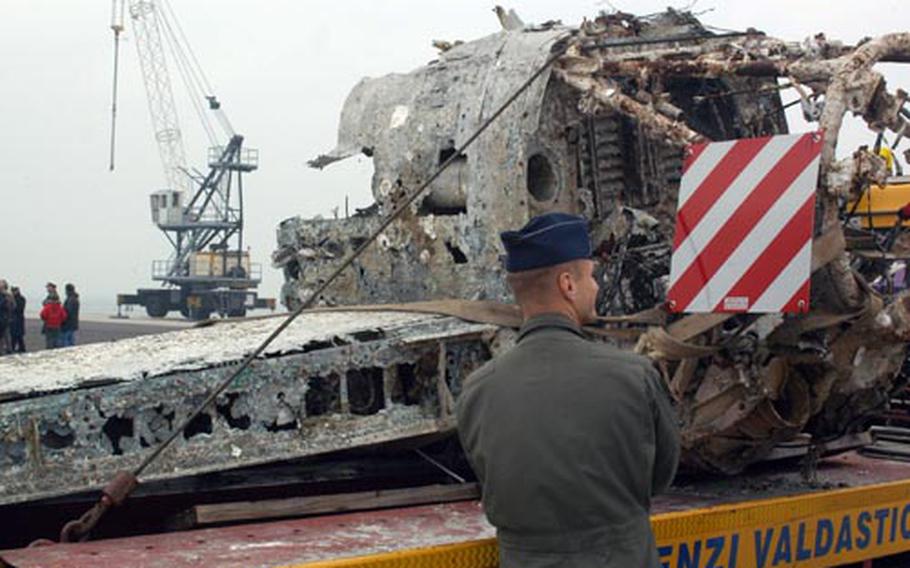 First Lt. Justin Cleveland, a pilot with the 555th Fighter Squadron at Aviano Air Base, Italy, looks at the remains of a P-47 airplane brought up from the Adriatic Sea earlier this year. A local fisherman snagged the remains of the World War II-era aircraft in his nets. Now Italian aircraft enthusiasts are vowing to restore it and hope to find clues to identify its pilot. (Kent Harris / S&S) 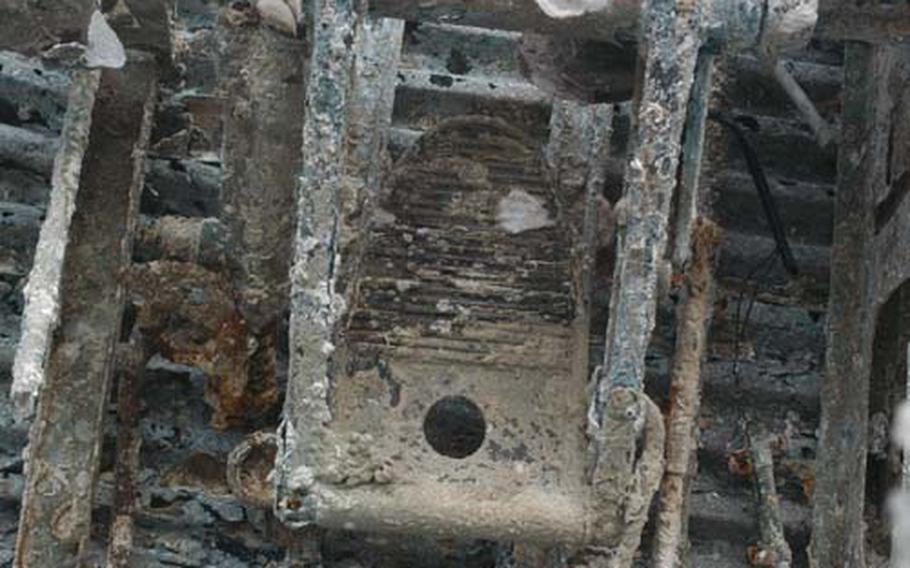 Much of the remains of the P-47 are hard for casual observers to distinguish. This pedal in the cockpit doesn&#39;t work today, but it once helped control the rudder. (Kent Harris / S&S)

In fact, casual observers might be hard-pressed to figure out it used to be a plane.

That&#8217;s what a few groups of Italian aviation enthusiasts hope to do over the coming years.

The remains of the P-47 were discovered by a fisherman looking for octopus.

Filppo Salvagno, who has fished the local waters for about three decades, said he knew he had captured something unusual in his nets while out on his boat on May 11.

As he trolled the net along the sea floor about 65 feet below the surface, his boat came to a stop. Salvagno didn&#8217;t want to lose the net, so he decided to slowly tow the cargo back to the harbor.

He wasn&#8217;t sure what he had until he arrived and asked for assistance from local port authorities.

The remains of the P-47, one of the most heralded American fighter planes from World War II, created a stir.

Andrea Anesini, president of a local aviation enthusiasts association, said the group quickly decided to pay to get the aircraft restored. Members also are eager to try to identify the pilot.

No human remains were found with the wreckage, and any obvious markings have long worn away. Much of the plane&#8217;s aluminum exterior that remains is brittle and in tatters.

Anesini, who served as host for a short memorial ceremony Saturday attended by dozens of Italians and Air Force personnel based at Aviano Air Base, said at least three P-47s are known to have plunged into the northern Adriatic during the war.

Anesini said German destroyers were known to have hovered in the waters around Venice, and German and Italian pilots engaged in numerous dogfights with Allied aircraft in the area. It&#8217;s also possible the plane experienced mechanical problems and crashed.

Since no remains were found, it&#8217;s possible the pilot might have survived. Col. Patrick Miller, commander of the 31st Operations Group at Aviano, said detailed records were kept at the time, but planes didn&#8217;t have the locator beacons that today&#8217;s aircraft do.

If a pilot saw another aircraft go down, the general location was noted. But there were many instances of single-seater planes disappearing and the pilots never being heard from again.

Some clues might have already been found. Miller received a scarf &#8212; remarkably preserved after decades in the water &#8212; that was found tucked away in a corner of the cockpit. It&#8217;s also believed that the plane&#8217;s engine was found earlier and is now at the Dal Molin airfield in Vicenza.