P-3s evolving into much more than submarine hunters 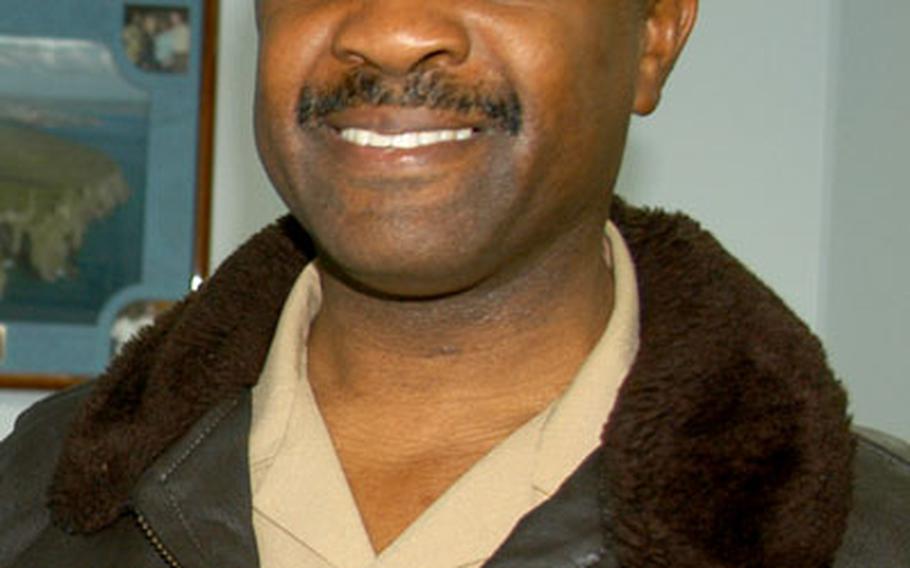 A job description might read: Spying on insurgents in Iraq and Afghanistan, deterring ship pirates off the Horn of Africa, hunting submarines or searching for a lost fisherman in the vast Pacific Ocean.

Rear Adm. Arthur J. Johnson directs the Navy&#8217;s 5th and 7th fleet maritime patrol and reconnaissance operations over an area extending from Wake Island in the Pacific Ocean to the Persian Gulf.

Over land and sea

The P-3s, as agile over land as water, have lent a hand to ground troops in the war on terror. Just as the aircraft can extend a ship&#8217;s visual range at sea, it also can act as eyes and ears for soldiers on land.

&#8220;You have an airborne asset providing you a picture a little bit further down the road, day or night, all-weather capable,&#8221; Johnson said.

Assets from his command today support military and humanitarian operations in locations as diverse as the Persian Gulf, Horn of Africa, Afghanistan and the Philippines.

The job over the Horn of Africa involves helping the 5th Fleet and coalition forces suppress pirating, Johnson said, noting attacks on ships in the area have increased recently. The problem stems from too few &#8220;established functioning government entities that can deter that type of activity,&#8221; he said.

And with submarines proliferating around the globe &#8212; and getting quieter &#8212; the P-3s are just as busy in the Asia-Pacific region, he said. A submarine is an equalizer, he said, and as such anti-submarine warfare training is on the rise in the region.

&#8220;Not very many nations could challenge a large military power, particularly a maritime power,&#8221; Johnson said. &#8220;But he who has a submarine throws a very large unknown into the equation. Not being able to know where they are &#8230; it&#8217;s an asymmetrical approach in an attempt to gain parity.&#8221;

Diesel submarines are among the most capable and hardest to track, said Rear Adm. Brian C. Prindle, Patrol and Reconnaissance Group commander. Reportedly more than 140 diesel subs, which when submerged run quietly on batteries, now operate in the Pacific. &#8220;The submarines have gotten very quiet &#8230; because of noise-reduction technology,&#8221; Prindle said.

The heart and soul of Patrol and Reconnaissance Force 7th/5th Fleet &#8212; also called Task Force 72 and 57 &#8212; are its squadrons, which deploy to the region for six months at a time from Washington state, Florida, Hawaii and Maine.

Two-plus squadrons of about 400 sailors each are deployed under Johnson now &#8212; the &#8220;plus&#8221; representing detachments of other maritime patrol aviation assets, such as EP-3 electronic reconnaissance aircraft. The squadrons each bring about a dozen aircraft to the region, he said.

Within Task Force 72, the deployed squadron typically operates out of Kadena Air Base on Okinawa and rotates its planes through Misawa for planned maintenance. A portion of the squadron is deployed in support of Operation Enduring Freedom &#8212; Philippines, Johnson said. Crews also deploy for short periods to support other operations and about 50 exercises per year in the region.

One change on the horizon is replacing the P-3, the Navy&#8217;s oldest fixed-wing airplane flying today. The new P-8A MMA (multimission aircraft) will be equipped with improved maritime surveillance and attack capability, including advanced anti-submarine warfare sensors, according to GlobalSecurity.org.

Meanwhile, Johnson said, his patrol and reconnaissance forces will continue to be in demand.

A P-3 can be anywhere in the world the same day it&#8217;s called upon &#8212; as when sent to assess damage and search for survivors in the aftermath of the 2004 Southeast Asian tsunami.

Despite a busy pace, Johnson said, his sailors routinely help with search and rescues. &#8220;In some places where folks may be in peril at sea,&#8221; he said, &#8220;the U.S maritime patrol aircraft may be the only thing that can get there in a timely fashion.&#8221;